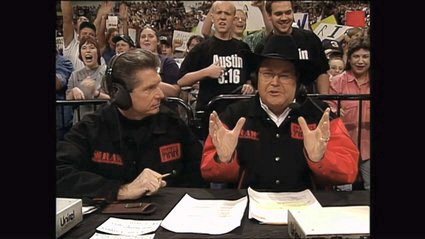 It was a busy Monday – six different, classic episodes of RAW were added to the WWE Network!

Even better? They’re all from 1997, which is nearly half way complete now with twenty plus episodes available to watch from the very important year. And it gets better again, because chances are that due to the gap between what already exists, along with their history of additions, it seems like we’re likely to be getting even more episodes in the coming days. 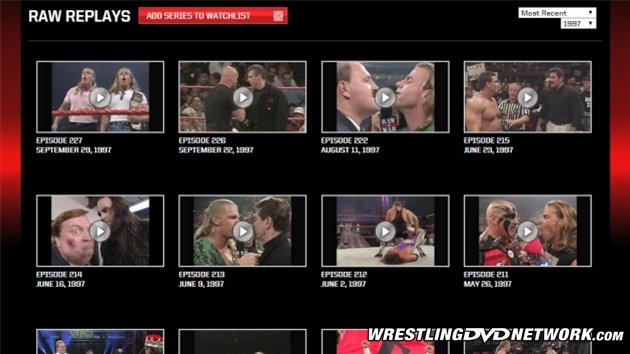 The shows that are in order contain the fallout from In Your House: A Cold Day in Hell and the build to and fallout from the King of the Ring. 1997 was a very interesting year for WWE as it was the start of the Attitude Era. We had Kane eventually debut and everything out of that, DX came in full swing, as did Stone Cold Steve Austin, both battling the Hart Foundation. Along with other faction warfare and numerous other stories, the year in retrospect is very special. Perhaps controversially, I prefer 1997 to both 1998 and 1999 in terms of storytelling and even presentation. 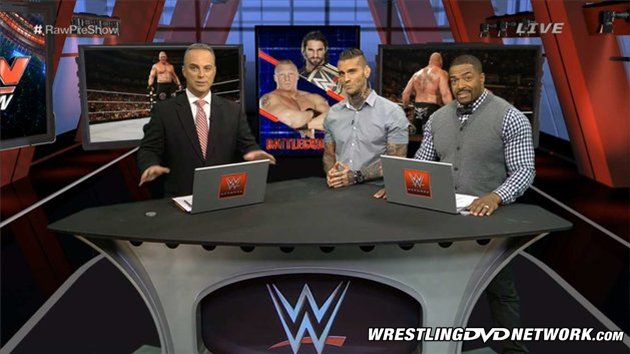 This week’s edition of the RAW Pre-Show continued its trend of being a decent but overlooked program. As always, Scott Stanford, Corey Graves, and David Otunga had good chemistry with one another and with some post-Battleground interviews, the show had a lot going for it.

The flaw? Would-be-guest Paul Heyman cancelled his call in interview due to the events that transpired the night before. Of course, it makes complete sense to keep Heyman from speaking out until RAW, but interviews help keep each episode from feeling the same, so missing it was a little disappointing. Despite this, the episode was still good and with a great RAW following it, it was a very strong night for WWE. For those who’ve never seen it before, I recommend you giving it a chance, although once again I can completely understand those who may be wary to add an additional half an hour of programming to their already long Monday nights. 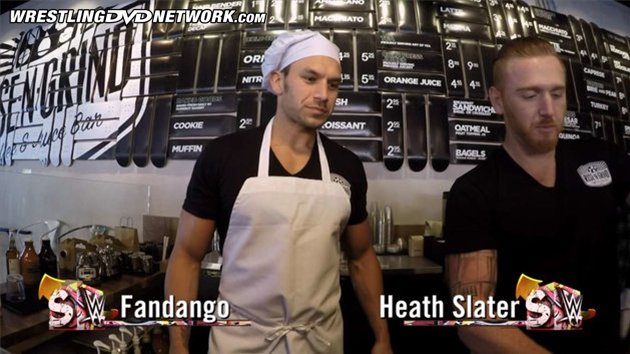 The latest episode of Swerved is titled “You Little Punk”, and in my opinion, it is definitely the best episode yet. This week’s episode has several skits ranging from Tom Phillips sipping from a bag of “urine” to Paige playing a prank on a few talents with a meet and greet. In between we also have the Superstars and Divas being told to film intros in Spanish having no idea what they’re actually saying, and Heath Slater and Fandango working at a coffee shop. 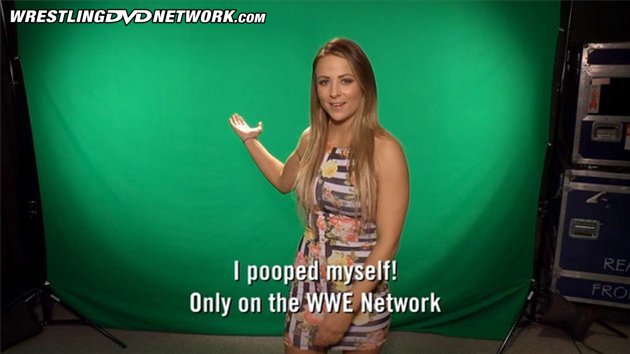 Like always with “Jackass” style shows, some bits hit more than others. I didn’t really enjoy the Spanish bit but I know it will appeal to some, and at worst, I found it funnier than the skits I didn’t enjoy in past episodes. The episode excelled with two skits, however. First, Curtis Axel at a meet and greet was just fantastic. I felt a few different emotions watching it, both joy and genuinely feeling bad for the guy at the same time. Then Swerved channeled its best “Impractical Jokers” impression with a skit very similar to what you’d see on that show as Miz and Fandango directed Heath Slater and Fandango to do and say ridiculous things at a coffee shop. That was a lot of fun.

Also, a show that has Emma can never be a bad show. That needs to be established.