A brand new video clip of the Triple H – Thy Kingdom Come documentary has now been revealed by WWEDVD.co.uk!

It previews a portion of the documentary looking at Triple H’s early days in the WWE, featuring comments from The Undertaker and Diamond Dallas Page. Check it out below.

Triple H – Thy Kingdom Come is released next week! Click here to get yours for $19.99. 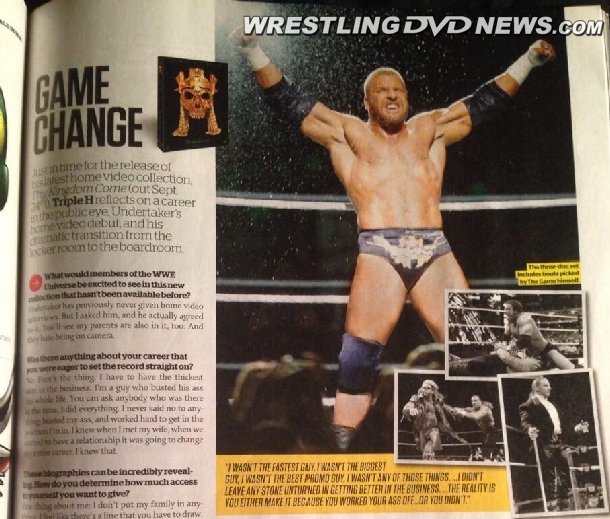 There’s an interview with Triple H in the latest edition of WWE Magazine. It’s focused in part on the release of his new DVD. Thanks to Cesar Albino for the snippet above.

One topic mentioned in the magazine interview was Triple H asking The Undertaker to give comments for the documentary feature, to which he agreed. According to a different interview with Triple H recently, The Undertaker specifically asked to be featured. In either case, this is the first time Taker has contributed to a Home Video release since the Attitude Era.

Renee Young revealed on Twitter this week that she is hosting WWE Best PPV Matches 2013. Match picks have not yet been revealed but the DVD and Blu-ray release on December 31st.

I be making a DVD for @wwe. (Lab coat not included on this edition… ) #BestPPVMatches2013

UK fans, the Money in the Bank Anthology DVD & Blu-ray is now available to pre-order at WWEDVD.co.uk. When ordering there you will be entered into a draw to win a copy signed by Dolph Ziggler. Full details are provided by FremantleMedia below.

WWEDVD are delighted to announce that STRAIGHT TO THE TOP: THE MONEY IN THE BANK LADDER MATCH ANTHOLOGY is available for pre-order!

Hosted by The Miz, STRAIGHT TO THE TOP: THE MONEY IN THE BANK LADDER MATCH ANTHOLOGY features every Money in the Bank Ladder Match in history, from its debut at WrestleMania 21 in 2005, right through to the 2013 Money in the Bank PPV! Featuring some of the greatest and high flying WWE Superstars including John Cena, Jeff Hardy, Edge, CM Punk, Kofi Kingston, Rob Van Dam and many more!

The Blu-ray edition also features over 110 mins of exclusive Money in the Bank cash in matches!

Eddy Shepard and Billy Ellis send word that Over the Limit 2012 can now be found in the $5 bins at Walmart. That joins the Night of Champions 2012 DVD, also on sale for $5. 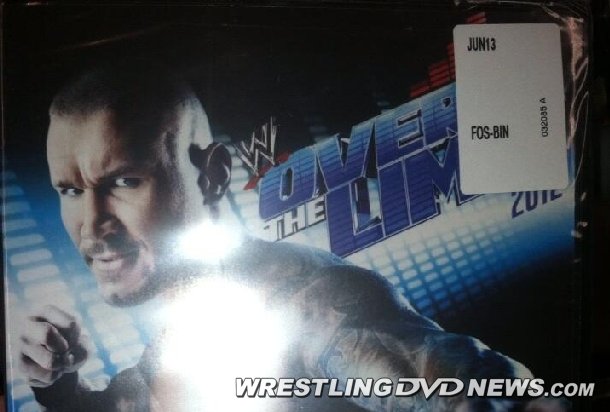