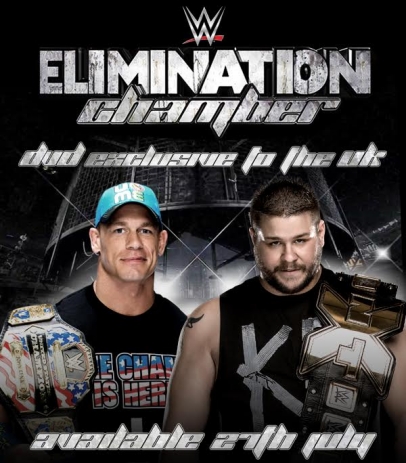 Elimination Chamber 2015 is now available to pre-order here at WWEDVD.co.uk!

As mentioned previously, the last minute addition to the schedule will be exclusive to the UK and Europe. It releases next month on July 27th, slated to replace “Live in the UK”.

There will unfortunately be no Blu-ray edition available and this is reportedly due to “time restrictions”. The following 3 extra features listed below are planned for the DVD:

In the exclusive images below you’ll find the 10 episodes planned for the first physical DVD volume of the WWE Network series, along with the disc layout for each of them.

As reported, to accommodate the content WWE will producing a bigger 4 disc DVD and 3 disc Blu-ray set. After each episode on the DVD/Blu-ray there will be exclusive interview footage with Sting and Triple H as they sit down to give their comments, moderated by Renee Young. 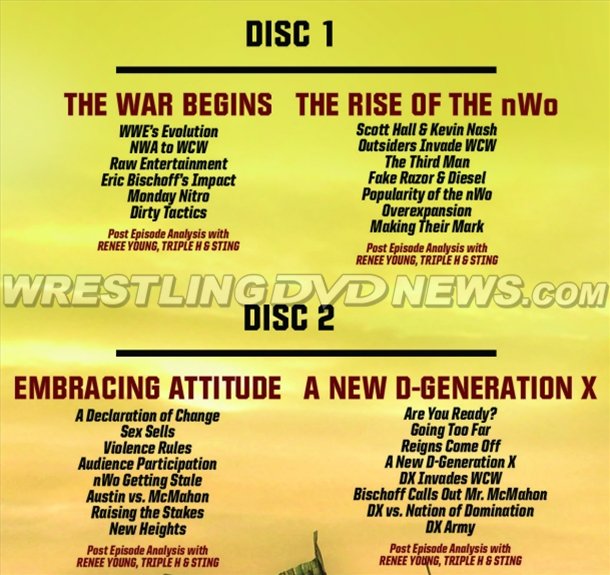 “The Monday Night War Vol. 1: Shots Fired” will be released to the United States on July 7th and you can pre-order yours in time for then by clicking here to Amazon.com. Australia gets it slightly earlier on July 3rd, while the release to UK/Europe is expected in August.

Stay tuned to find out what extras are planned for the Blu-ray edition! 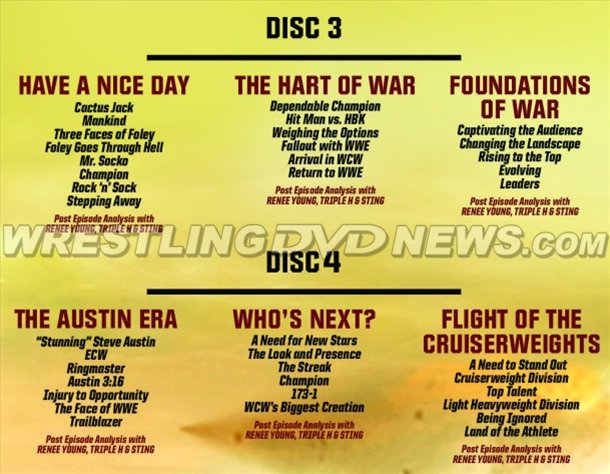 The new “Daniel Bryan: Just Say Yes! Yes! Yes!” DVD/Blu-ray released this past Tuesday to the United States and yesterday to Australia. The UK release is just over 10 days away!

Got your copy yet? In the video below, hear a quick review of the Bryan DVD, courtesy of WDN reader “Silverback CP”, or have a read of our in-depth review posted this week.

DEALS: The following stand-out eBay auctions for WWE DVDs expire today, including this lot (only $15.99) containing a WWF WrestleMania 18 DVD, somewhat of a hidden gem! 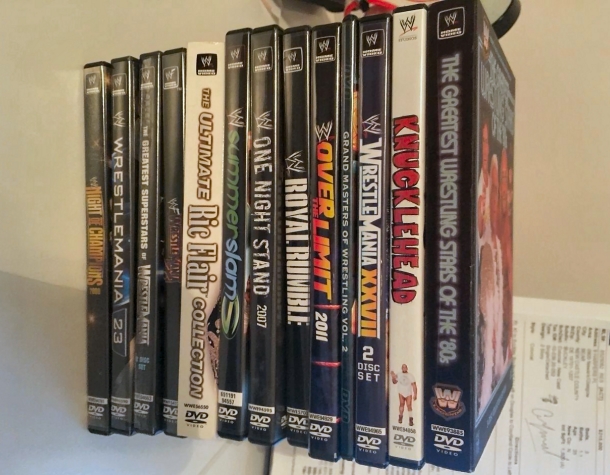 These other potentially good deals on collectible WWF DVDs, out-of-print WWE DVDs, Blu-rays and more are up for grabs in eBay auctions expiring before the week is out: