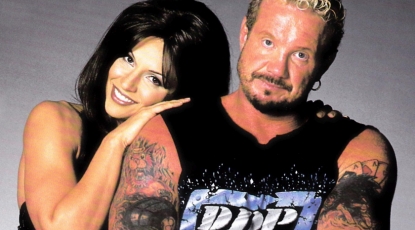 This month here at WrestlingDVDNetwork.com we’ve been feeling the BANG!!

We exclusively revealed WWE’s plans to release a new DDP DVD in 2017, then the name being given to the project, and just last week hinted that a documentary portion may be in the works.

No more uncertainly on that last one – a documentary is now 100% confirmed!

We’ve also just received some content teasers for “Diamond Dallas Page – Positively Living”, including a list of some of the interviewees to be featured in the documentary. Names on there include DDP himself, Scott Hall, Eric Bischoff, Mick Foley, and Kimberly Page.

Kimberly Page, former “Nitro Girl” and Playboy Playmate, is of course Dallas’ ex-wife, valet in WCW, and inspiration behind his new-found career in yoga. It’s looking likely she will be interviewed, though there’s a chance that the list is referring to DDP’s daughter also named Kimberly.

We’ve had word that the biography will include “never-before-seen tryout footage” (presumably from the AWA but also possibly from WWE when Page sought to become an announcer in the early ’90s), and an exclusive “behind-the-scenes look at DDP’s Yoga Performance Studio”.

“Diamond Dallas Page – Positively Living” is scheduled to hit stores on DVD and Blu-ray in March of next year. So far we’ve been able to confirm the UK release date of March 27th, 2017 (pre-orders available now here on Amazon.co.uk). 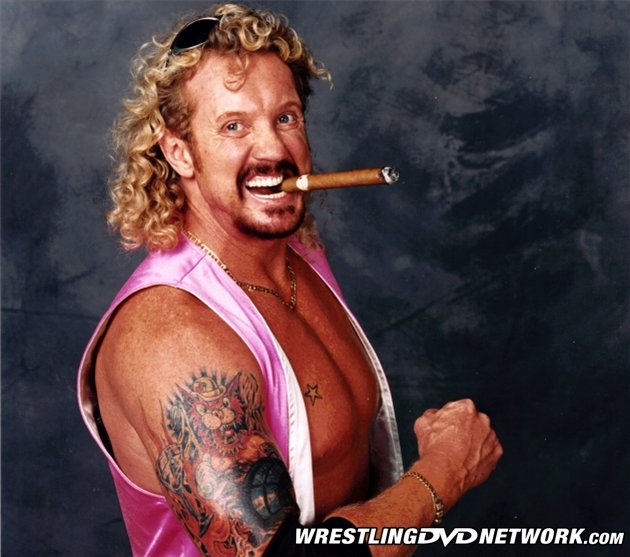 Below, with thanks to WDN reader “Gemni888”, take a look inside the “Collector’s” box set released in the United States for the new “Brock Lesnar – Eat. Sleep. Conquer. Repeat.” DVD! 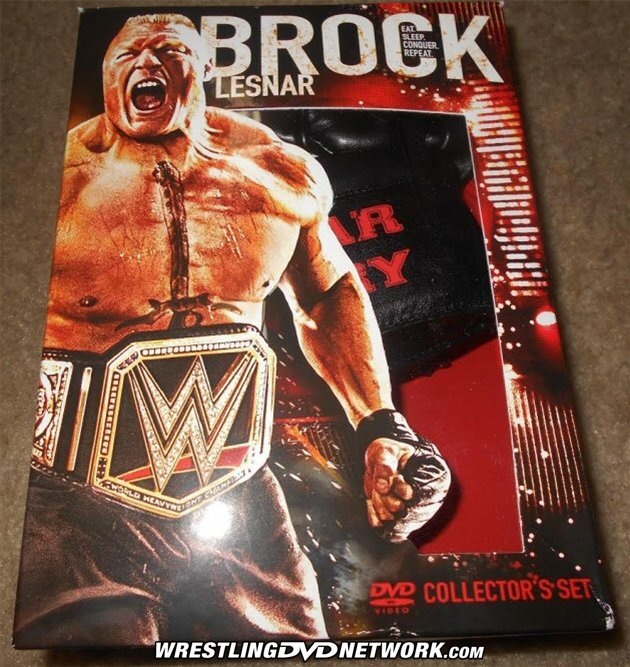 As you can see, the contents of the “Collector’s” box set include all of the following items: 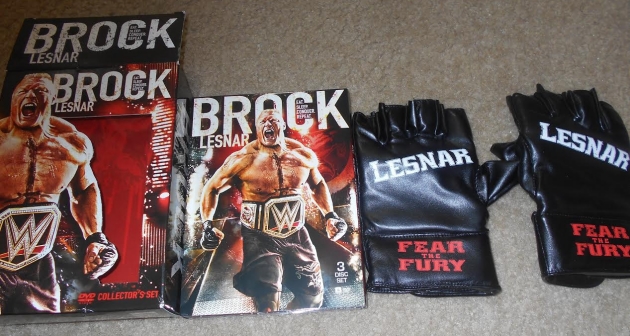 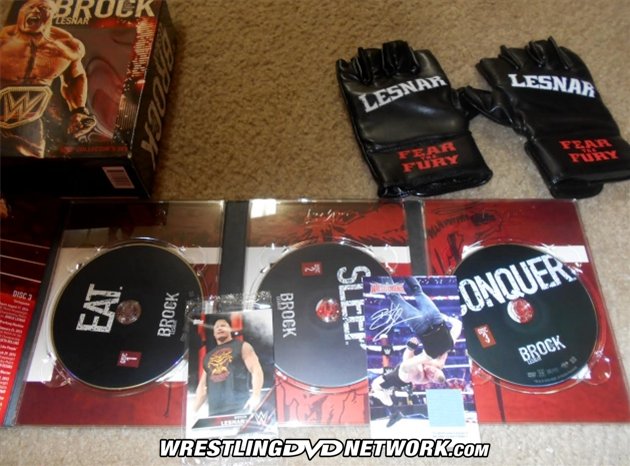 There’s sadly no Brock box set here, but it is available on DVD, Blu-ray and Steelbook Blu-ray.

Get your version of choice now from Amazon.co.uk or WWEDVD.co.uk. 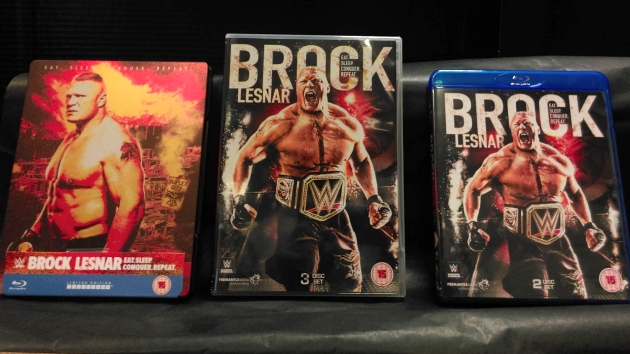 Back in August we reported that WrestleMania 17 will soon be back on Home Video when WWE puts the WrestleMania 16 through 24 DVDs back on store shelves:

Lots of WDN readers have been asking since if these re-releases are still in the works. We can confirm they are! Current plans see the WM16-24 DVDs offered to UK fans in early 2017. 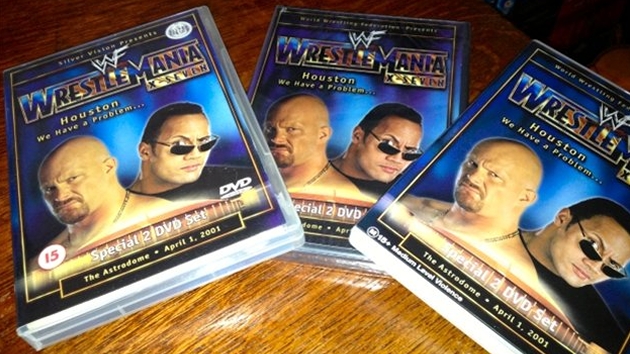 RARE GOODIES: Speaking of the “granddaddy of them all”, there’s a chance to own the original print WWF Wrestlemania 17 DVD coming up in the next 24 hours on eBay…

And there’s more rare goodies to be had on eBay. This auction linked to below ends tonight and includes 38 DVDs (and a Blu-ray) with several WWF DVDs among them…

Look out for this $50 auction tomorrow which has 25 WWE DVDs up for grabs including rarities like “Austin vs. McMahon”, Survivor Series 2001, and more…