The next WWE Pay-Per-View incoming on DVD will be Survivor Series 2018 which saw RAW and SmackDown Live battle for brand supremacy with matches the likes of Universal Champion Brock Lesnar vs. WWE Champion Daniel Bryan, Ronda Rousey vs. Charlotte Flair, plus both men’s and women’s Traditional 5-on-5 Elimination Matches to name just a few.

You can add this spectacular to your DVD collection in 2 weeks’ time (Amazon.com has it for $15.99) and it will follow to fans in the United Kingdom in January on DVD and Blu-ray formats.

WrestlingDVDNetwork.com has learned, as reported previously, that in the UK the Survivor Series DVD will be a single-disc offering. However, in the United States and elsewhere we can confirm that it will be a 2-disc DVD set to accommodate a selection of extras in addition to the event.

We just got a hold of the full content listing (including that extras list), along with the front and back cover artwork planned for the U.S. release. Lets take a look! 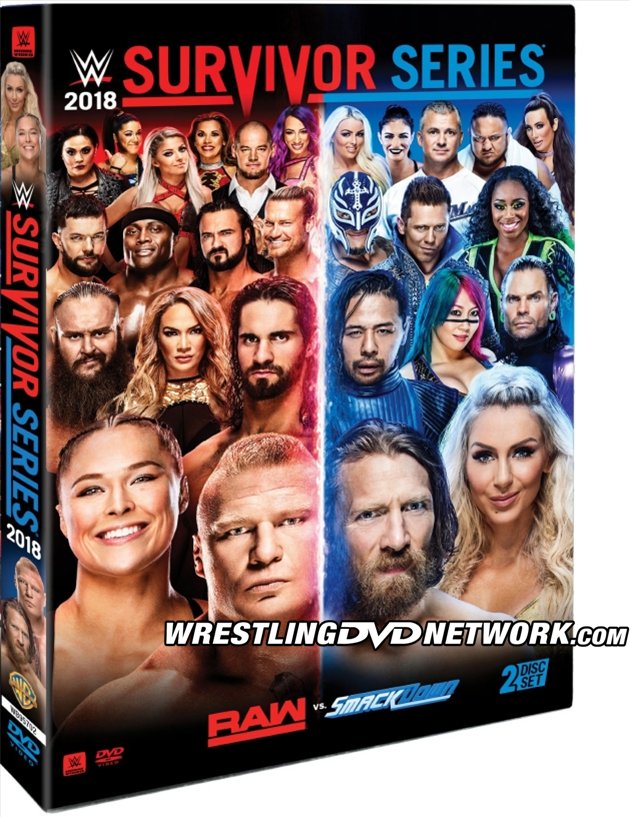 A Battle for Brand Supremacy

Is Team RAW on the Same Page?

Team SmackDown is Ready for Action 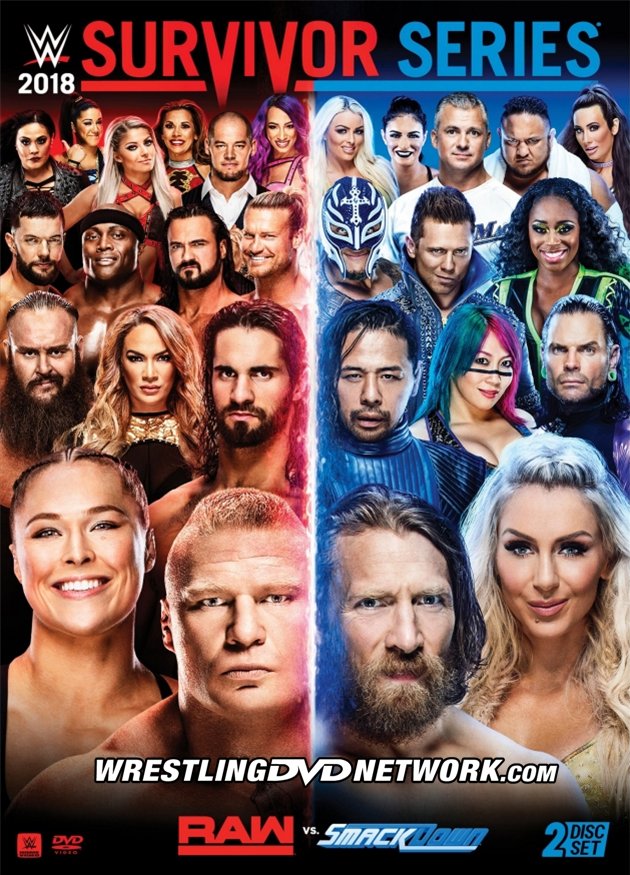 — Team RAW is Down Two Members

— Charlotte Flair will make Ronda Rousey bow down to the Queen 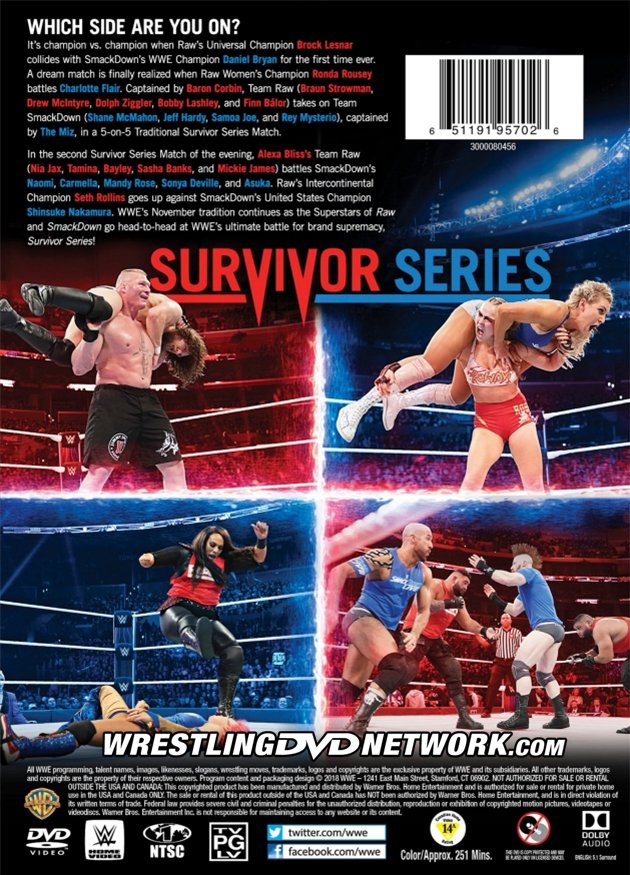 An exclusive WWE DVD double-pack is scheduled to hit Australia this month.

On December 19th Super Show-Down 2018 will release as a 3-disc DVD set (separate to the standard version) which will combine this year’s event with the 2002 Global Warning Tour: Melbourne.

This will be available through JB Hi-Fi stores and its cover art will look like this: 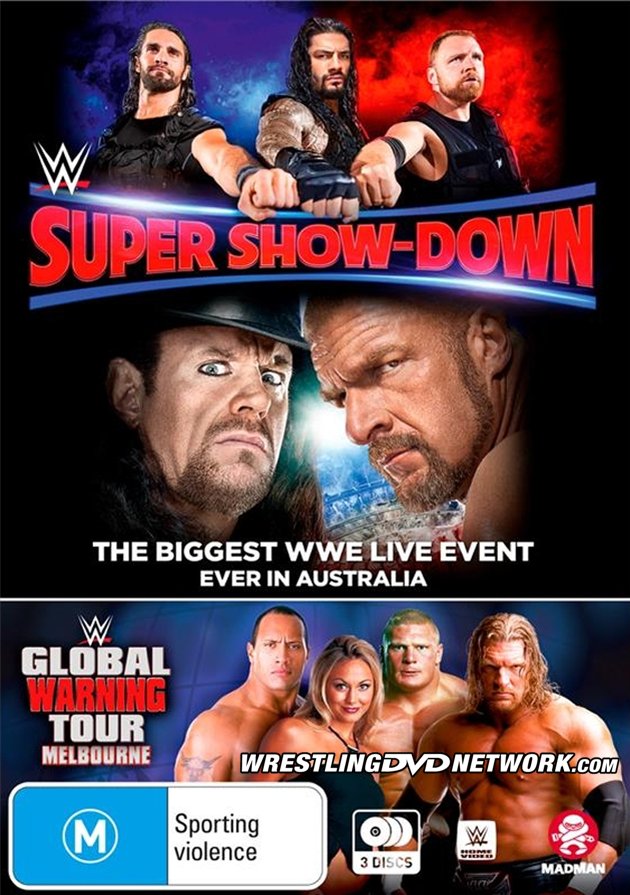 Speaking of Super Show-Down, we’ve got TWO COPIES TO GIVE AWAY FOR FREE!

Enter this giveaway, courtesy of WWEDVD.co.uk, by following us on Twitter and re-tweeting this. Two lucky winners will be selected this Thursday, December 6th.

WIN! WIN! Courtesy of @WWEHomeVideoUK we've got 2 copies of the #WWE Super Show-Down 2018 DVD to give away to our readers. Just follow and re-tweet this before December 6th to be in with a chance to grab one. pic.twitter.com/jalZJix2NE