Extreme Rules 2016, one of two releases on the way in June, has just had its artwork updated. So, let’s take a look…

Last month’s PPV was headlined by AJ Styles vs. Roman Reigns in an Extreme Rules Match for the WWE World Heavyweight Championship – and as you (hopefully) know by now, Seth Rollins made his long-awaited return at the closure of the event, delivering a Pedigree to Reigns.

The moment features on the box art of both the DVD and UK exclusive Blu-ray, revealed here: 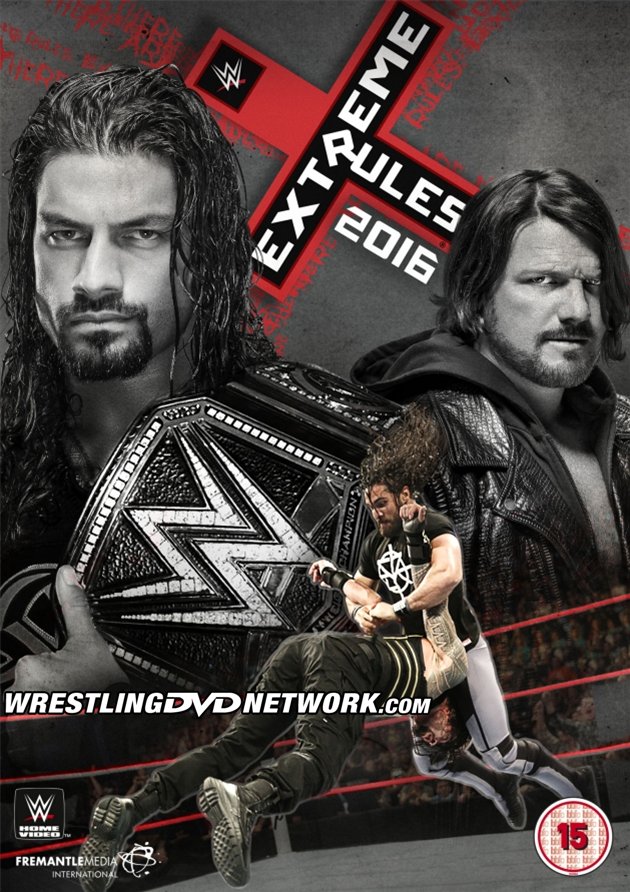 It’s the one night of the year when WWE throws the rulebook out the window and takes things to the extreme!

Witness WWE Superstars compete in matches where anything goes and anything can happen. 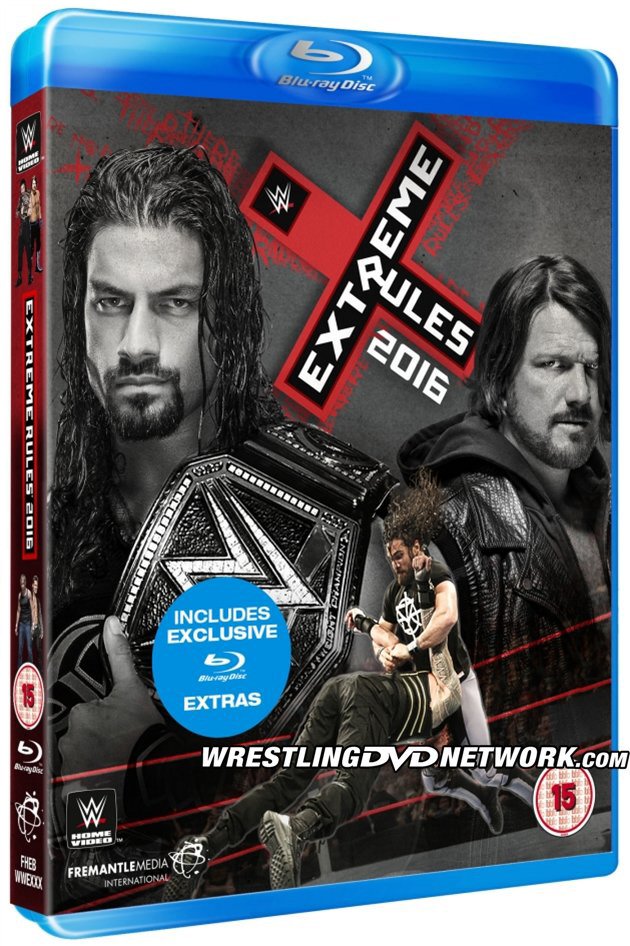