Below, courtesy of WWEDVD.co.uk, are the planned extras for WWE Night of Champions 2014 on DVD and Blu-ray.

The DVD releases in late October to the United States, following shortly after to Australia. An exclusive Blu-ray edition is on the way to the UK and Europe in November.

The existing cover artwork for Night of Champions 2014 (revealed earlier this month prior to the PPV event) has now been updated.

Brock Lesnar and John Cena remain featured on the cover art, as you can see in these new shots of both the DVD and the Blu-ray. 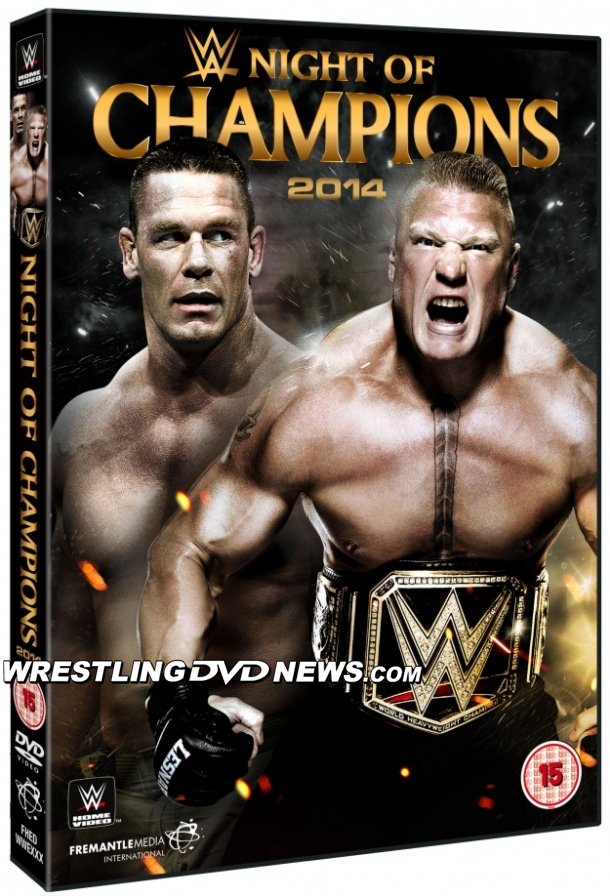 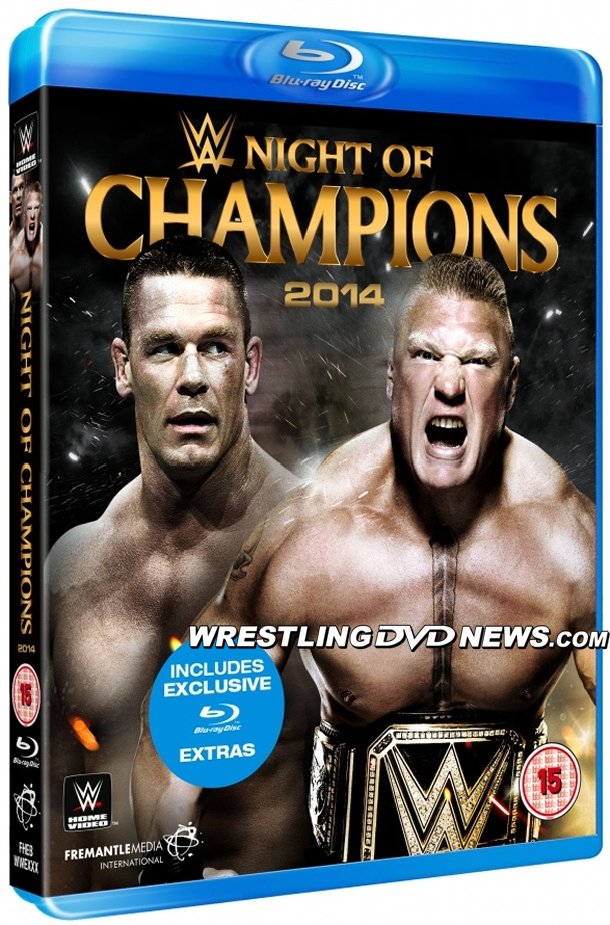 Get your copy of the Night of Champions 2014 DVD…

– Australia: Get your DVD from WWEDVD.com.au for November 5th.

– UK/Europe: Get your DVD (or Blu-ray) from WWEDVD.co.uk for November 24th.