WWE’s final Superstar-themed DVD release of 2018 goes to “The Phenomenal” AJ Styles and it will hit stores exactly 2 months today, November 5th, in the United Kingdom and follow a day later in the United States.

The cover artwork and full content listing are out there, but delving a little deeper into the line-up WrestlingDVDNetwork.com can confirm that the new interview footage WWE filmed with AJ Styles for the purpose of this Home Video runs in total for approximately 30 to 40 minutes.

Here’s how each of the discs will be filled for AJ’s first-ever WWE DVD set:

Everything combined that’s over 8 hours and 40 minutes of “Phenomenal” footage for your collection! 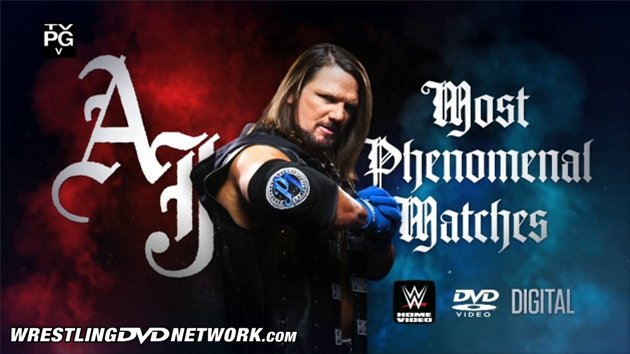 The cover artwork for the “Greatest Royal Rumble” DVD has been finalized (shown below) which follows the first draft artwork we revealed here last month, with a few elements added to it.

It’s confirmed as a November release on the way to both the USA and the UK as a 2-disc DVD set that will feature the entire Pay-Per-View while found in the special features will be a couple of RAW and SmackDown Live matches that aired in the build up to the event.

Fans in the UK can now pre-order a copy on Amazon.co.uk where this box art surfaced: 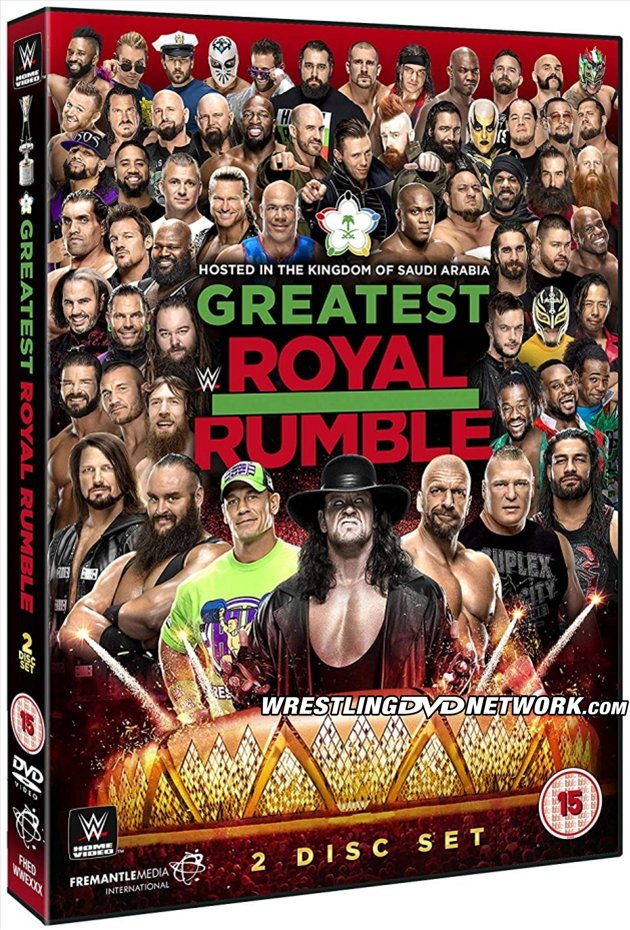 The next WWE DVD ready to drop is SummerSlam 2018; in stores across the United States in less than 2 weeks! And like the “Greatest Royal Rumble”, this will be a 2-disc set that features a selection of RAW and SmackDown Live moments in its extras.

New box art for the release came through to us this week – take a peek: 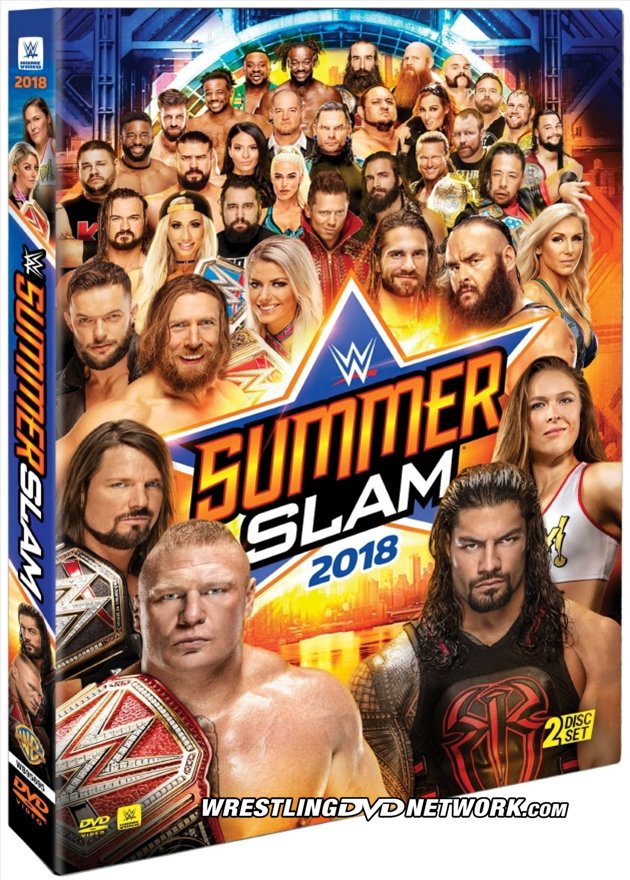 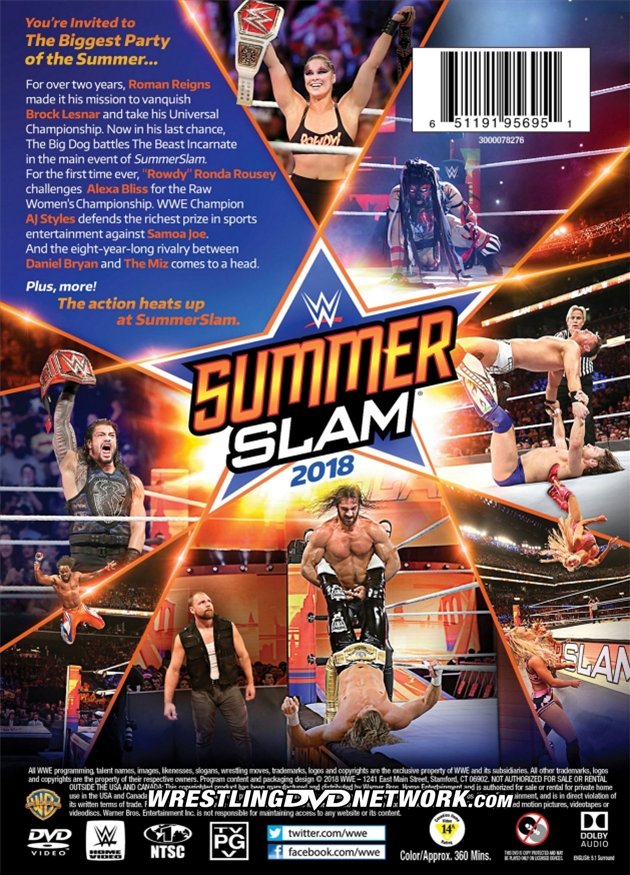 UK DEAL: The WrestleMania 34 DVD was recently dropped in price to just £7.00 on the UK Amazon (now £13) but even better than that, the 4-disc version with NXT TakeOver: New Orleans has been spotted for the same price in ASDA stores!

Update: The low price of the 4-disc WrestleMania DVD turned out to be pricing mistake made by a number of ASDA stores. The error should now be corrected. 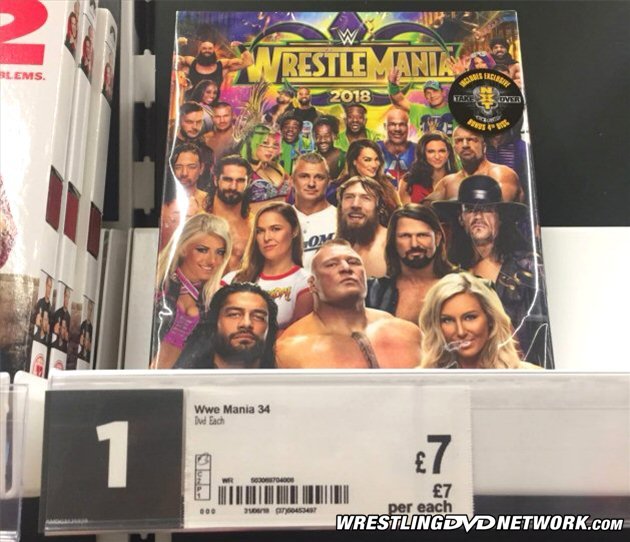 AUSSIE DEAL: Fans in Australia can grab 50% off a large range of WWE DVDs and Blu-rays now at JBHiFi.com.au 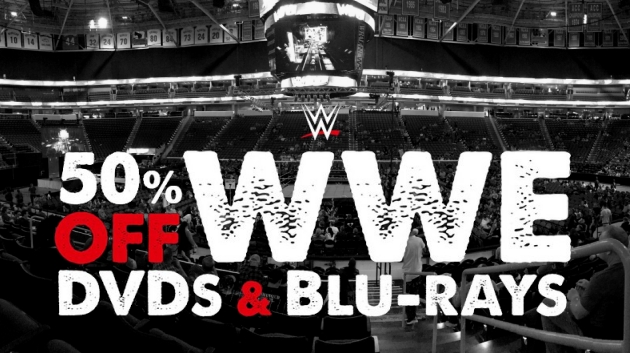 AUCTIONS WITH ATTITUDE: Not forgetting fans in the United States, here’s your round-up of WWE DVD goodies in eBay auctions all for the taking before the week is out.

First up, two chances to get the original Attitude Era DVD/Blu-ray today and tomorrow:

And these individual titles are going cheap: 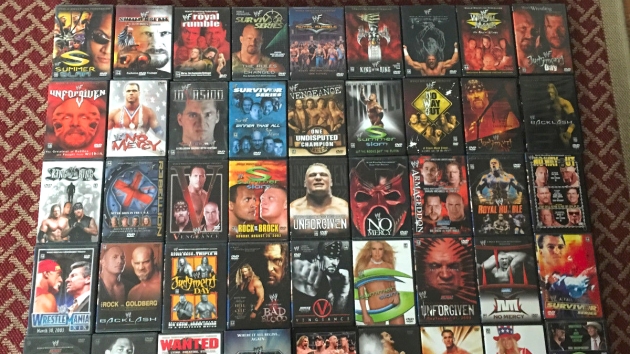