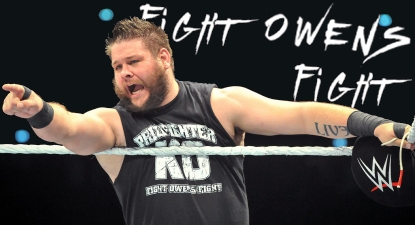 This month’s WWE DVD news kicked off with a “K.O.” and the revelation that Kevin Owens will be next up for the documentary treatment on Home Video – watch a sneak peek.

The concept for the release began life as far back as June of last year when “The Kevin Owens Experience” made the list of potential DVDs the company were considering for 2017. Of course, that has since evolved to become “Fight Owens Fight – The Kevin Owens Story”.

WrestlingDVDNetwork.com has the first official synopsis:

With all-new interviews and stories, the documentary main feature promises to span Kevin Owens’ entire career (even covering his pre-WWE days), journeying right through to his Universal title reign and beyond, accompanied by a compilation of matches and moments.

On the subject of those extras, we’re hearing that the release will feature bonus content not even available on the WWE Network. This is reported to include an exclusive, “never-before-seen” match from Paris in which Kevin Owens teamed up with Triple H, speculated to be the following:

We can also confirm that the previously noted release time of July for the “Fight Owens Fight” DVD and Blu-ray applies to both fans in the United States and the United Kingdom. 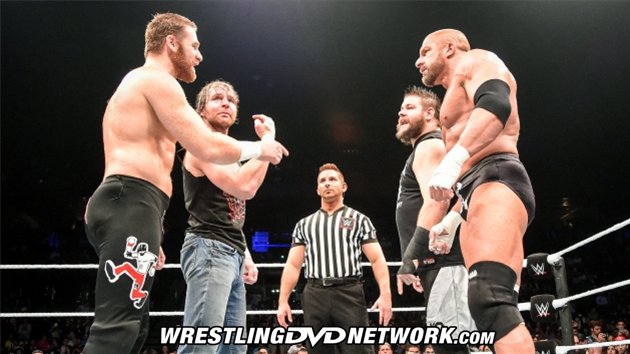 In our last update, news broke of a Finn Bálor WWE DVD out next month!

More of the artwork planned for the release has come through (shown below) which confirms again that the matches included see Bálor up against Neville, Tyler Breeze and Kevin Owens.

As reported, this one looks to be a UK exclusive title; fans in that region can pre-order it for only £5.99 by clicking here to Amazon.co.uk. 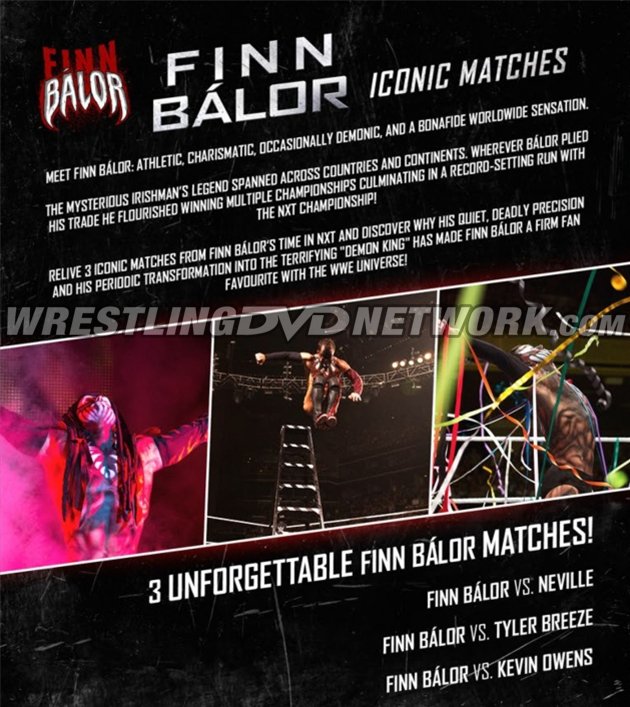 Speaking of fans in the UK, Royal Rumble 2017 will officially release to you exactly 1 week today – March 20th – on both DVD and Blu-ray formats!

Relive the moment Jack Gallagher made a surprise entry into the Rumble, in this clip:

Fans in the USA will be treated to another “Road to WrestleMania” WWE DVD sale this year!

It’s happening at Walmart stores and our sources suggest that it all officially begins tomorrow – March 14th – if it hasn’t already in a store near you. WWE has previewed a small handful of titles on sale in the graphic below, but we hope to bring you a definitive list with prices very soon. 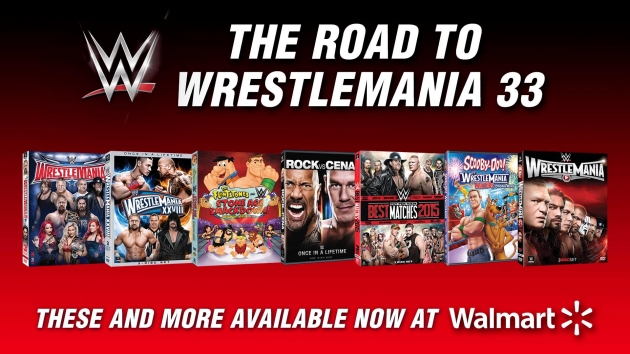 This month alone 4 copies of the tricky-to-find Judgment Day 2002 DVD (a WWEShop/ShopZone exclusive when released back in the day) have each sold around the $80 mark on eBay!

Evidently, there’s still no let-up on the prices of JD02, however in the next few days all of the following WWF/WWE DVD rarities are up for grabs at half decent prices – including 2 copies of both Royal Rumble 2000 and WrestleMania 17, one of which is still factory sealed!