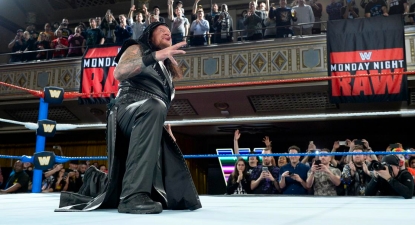 We now have solid details on the presenation of WWE’s new “RAW 25th Anniversary” DVD release, a 3-disc set celebrating 25 years of Monday Night RAW that’s on the way for April.

“RAW 25” broadcast last month from two locations and featured legendary returns involving the likes of The Undertaker, Stone Cold Steve Austin, Jim Ross and Jerry Lawler, D-Generation X, Scott Hall, Trish Stratus and Chris Jericho. We can confirm, as first reported back in November, that the main portion of the DVD will indeed be the “RAW 25” episode shown in its entirety.

WrestlingDVDNetwork.com has exclusively learned that extras accompanying the show will include the “RAW 25” pre-show and possible off-air moments witnessed only by fans in attendance.

One of those “unseen” extras is speculated to be a “dark” segment involving The Miz, filmed at the Manhattan Center. For those unaware, Miz would travel to the Manhattan Center after he captured the Intercontinental Championship from Roman Reigns earlier in the evening at the Barclays Center.

In addition to all of the “RAW 25” content on the DVD, it will also include a countdown of the greatest moments in RAW history and everything combined takes us to a total runtime over 8 hours!

We leave you with updated cover artwork for “RAW 25th Anniversary”. This is the first time the logo of Warner Bros. (the domestic Home Video distributor for WWE content) appears on WWE DVD/Blu-ray packaging and this looks to be a trend going forward with the 2018 releases. 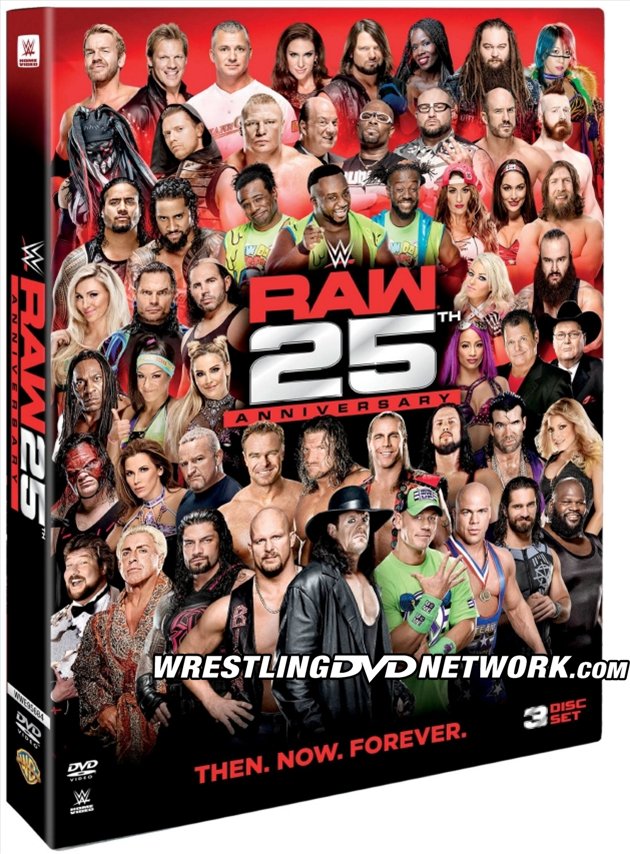 The new cover artwork reveals don’t stop there as WrestlingDVDNetwork.com has just received an exclusive shot of the Royal Rumble 2018 DVD box artwork and, courtesy of WWE Home Video UK earlier today, the same for the UK exclusive Blu-ray edition!

It features a take on the PPV poster released prior the event with Brock Lesnar, Kane, Braun Strowman and a line-up of many of the female Superstars that competed in the first-ever Women’s Royal Rumble Match. Added on top, front and center, is a live shot of the closing moments of this year’s Royal Rumble as Ronda Rousey made her official WWE debut.

Royal Rumble winners Shinsuke Nakamura and Asuka both appear on the spine of the packaging. 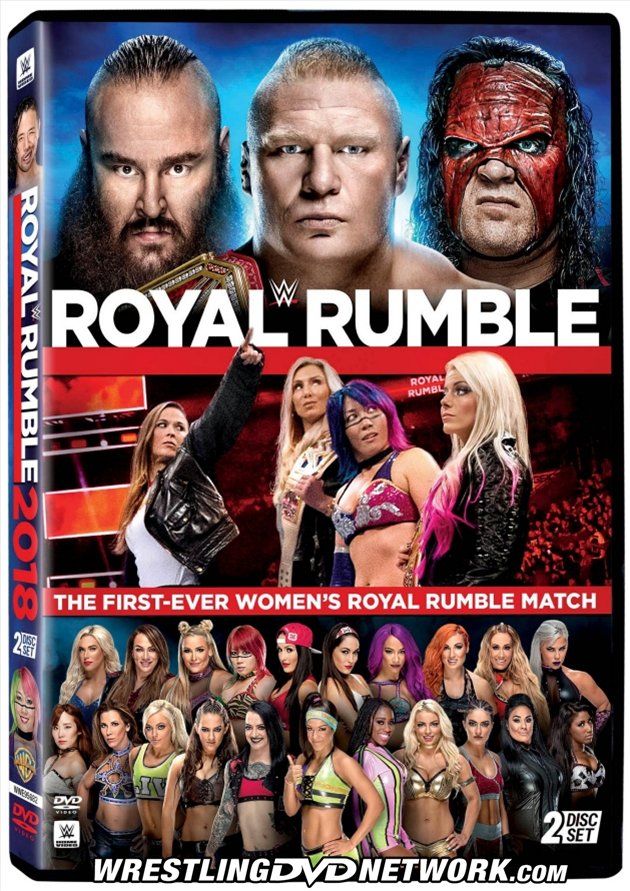 Royal Rumble 2018 will be produced as a 2-disc DVD set and has been scheduled for release on: 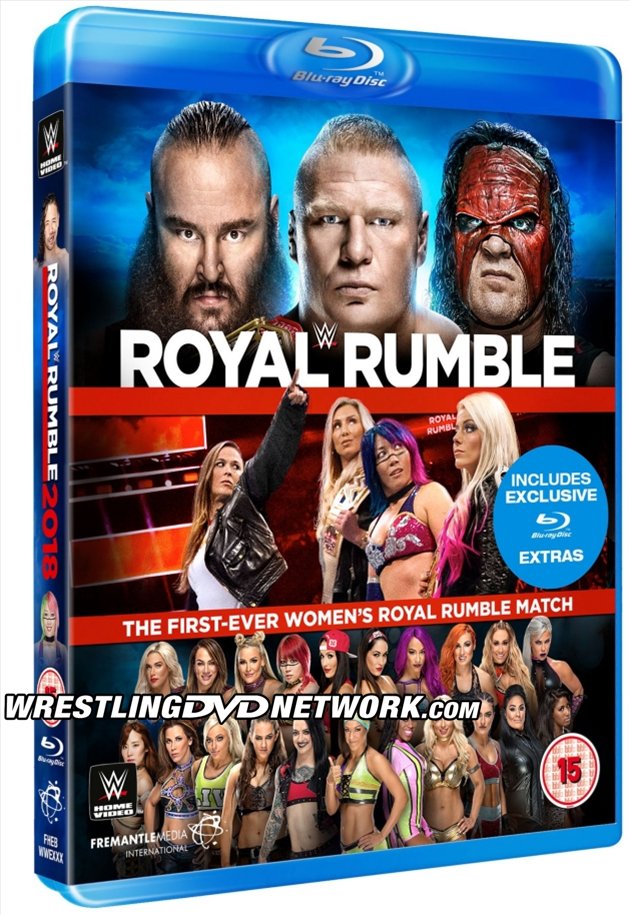