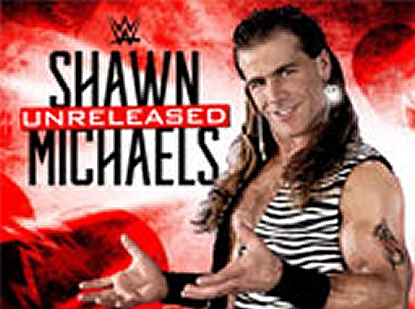 It’s official: The Showstopper, The Headliner, The Main Event, The Icon – Shawn Michaels is the next Hall of Fame Superstar joining the WWE “Unreleased” DVD collection!

WWE Home Video has now scheduled “Shawn Michaels: The Showstopper Unreleased” for October 2018 and as of today the 3-disc DVD set is available to pre-order here on Amazon.com.

Amazon gives us a synopsis we’ve seen before, but WrestlingDVDNetwork.com has the exclusive stuff! Let’s start with a new synopsis that teases a few of the matches that might be included by naming four of Shawn’s opponents:

For the first time on DVD, WWE Home Video goes deep into the WWE archives to bring you unreleased classics featuring “The Heartbreak Kid” Shawn Michaels. Enjoy rare matches from the legendary career of “The Showstopper”.

This is the next chapter in the Unreleased series (that previously featured the “Macho Man”) and presents Never-Before-Released classics with The Undertaker, Bret Hart, Kurt Angle and Stone Cold Steve Austin!

No hosts for this one. We can also exclusively reveal that HBK himself will sit down for a brand new career interview which will be split into multiple chapters intertwined with the previously unseen matches and moments – a list of hidden gems we hope to be unveiling soon!

For this project the term “Unreleased” may extend beyond forgotten classics you may be thinking up and into the present day as we have learned that the DVD will feature some behind-the-scenes footage from WrestleMania 34 weekend. We believe that to be Shawn Michaels’ involvement with NXT TakeOver: New Orleans; an event HBK attended backstage and had a hand in producing.

“Shawn Michaels: The Showstopper Unreleased” is scheduled to hit stores on DVD first in the United Kingdom on October 1st and will follow to the United States just one day later on October 2nd. Get your pre-order in early by clicking here to Amazon.com.

The new WWE DVD Release Dates for 2018 don’t stop there!

SummerSlam 2018 has been scheduled as a 2-disc DVD set releasing on September 18th which as usual is one month after the event takes place in Brooklyn, New York.

WrestlingDVDNetwork.com can exclusively reveal that the plan right now is to be include a Topps trading card featuring The New Day inside the packaging of the SummerSlam DVD.

As things stand there will not be a Blu-ray edition of SummerSlam in North America but that has been the case for a couple of years now. UK fans however may well see a Blu-ray with their SummerSlam release slated for October, pending confirmation by FremantleMedia.

Hell in a Cell 2018 has been scheduled for a single-disc DVD release to the United States on October 16th (expected in the UK in November). The trading card in the works for this one is likely to feature Braun Strowman. 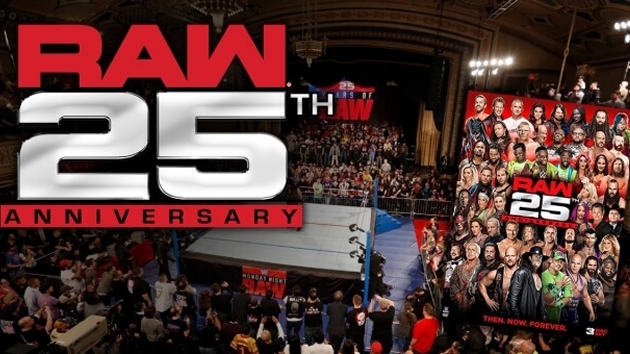 Switching to the Canadian schedule, “RAW 25th Anniversary” now has a release date of July 24th. This title was skipped over during the changeover of WWE DVD distributor to Warner Bros. who now distribute WWE’s DVD/Blu-ray content to both the United States and Canada.

No word yet on “Double Feature: Elimination Chamber & Fastlane 2018” or “Twist of Fate: The Best of The Hardy Boyz”.

This is the next 3-disc WWE DVD set for your collection and it’s coming the week after next! 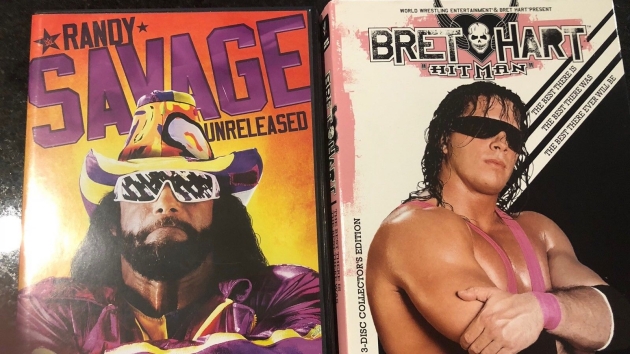 GET A LOAD OF THIS: Here are the best WWE DVD and Blu-ray auctions up for grabs on eBay over the weekend including another chance at “Randy Savage Unreleased”, several rare WWF goodies, the nWo Blu-ray, the Goldberg Blu-ray, a lot of 15 DVDs and more!