WWE Presents The Top 25 Rivalries In Wrestling History will be the title of the new 25 rivarly countdown DVD, according to the latest information we have. That is released on both DVD and Blu-ray formats on May 28th (pre-order).

We are in the early testing stages of a brand new extention of the WWEDVDNews.com website called “Community” – look out for more information on that soon!

More readers have sent word of finding the new Bret Hart “Dungeon Collection” DVD before release. So far we’ve heard of it being found at FYE stores in North Carolina, Pennsylvania, and Florida. A copy has also been found out of the country all the way in Gibraltar! 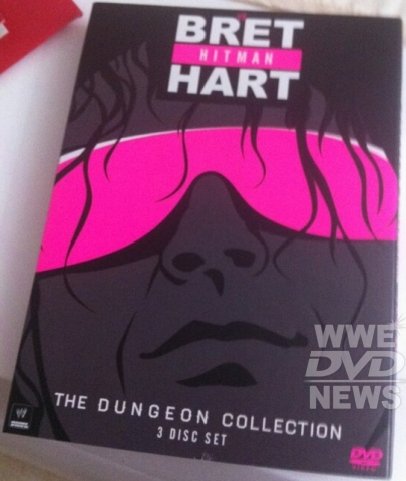 The official release to the US will be a week on Tuesday (March 5th) – click here to pre-order your copy. Australia gets it in April, and Europe gets it in May.

Wrestlingsuperstore.com uploaded first shots of the Blu-ray edition, as shown below. 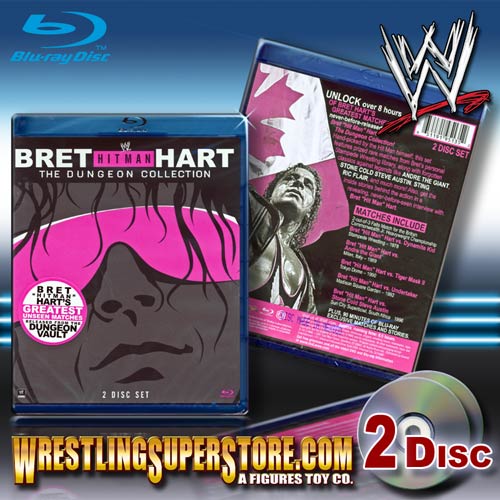 Yesterday the Mick Foley “For All Mankind” DVD cover artwork was revealed by Joey Styles, and Mick Foley himself, on Twitter. Following the reveal, Foley commented on the DVD production and the different personalities involved.

Wow, thanks for the incredible enthusiasm surrounding the new DVD cover. I’m usually my own toughest critic, but @WWE has really gone above and beyond with this bad boy. A few years ago, they started dramatically increasing the time and effort that goes into these productions, and it’s really apparent here. It just blows the A&E Biography piece away – and the extras are just great; stuff that anyone who really likes me will want to have in their collection. So many interviews with people who played a pivotal role in my life and career, including Terry Funk, Dominec DeNucci, Shane Douglas, Arn Anderson, Michael Hayes, Mike Rotunda, Vader (you’ll love the Vader/Cactus stuff) Kevin Sullivan, @HeymanHustle, @TheRock, family members, childhood friends, and some of today’s top superstars.

The on-sale date in the US is April 16th, and April 22 in the UK. I will make sure to give you all the pre-sale and sale info as it comes to me.

You can pre-order the new Mick Foley DVD/BD from $22.99 by clicking here.