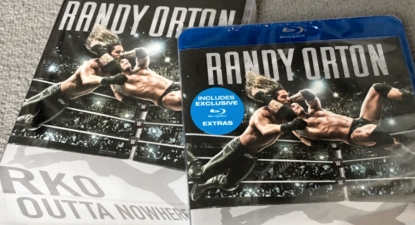 “Randy Orton – RKO Outta Nowhere” slithers into your collection in just over 2 weeks!

But before then, and outta nowhere, WrestlingDVDNetwork.com is back to give you a first look at November’s big WWE Home Video release before it lands anywhere.

The new Randy Orton compilation will span “The Viper’s” entire career; from his debut in OVW all the way to present day WWE, with a total of 19 matches on DVD and 23 matches on Blu-ray. In between those expect to see newly filmed interview footage with Orton himself as he sits down to discuss many of the bouts featured and the Superstars that got hit with an RKO in them.

Above, watch our exclusive preview showing the intro to “Randy Orton – RKO Outta Nowhere”. Below, check out early photos of both the finished DVD and the Blu-ray!

Pictured are the UK versions, available to pre-order now on Amazon.co.uk and WWEDVD.co.uk. 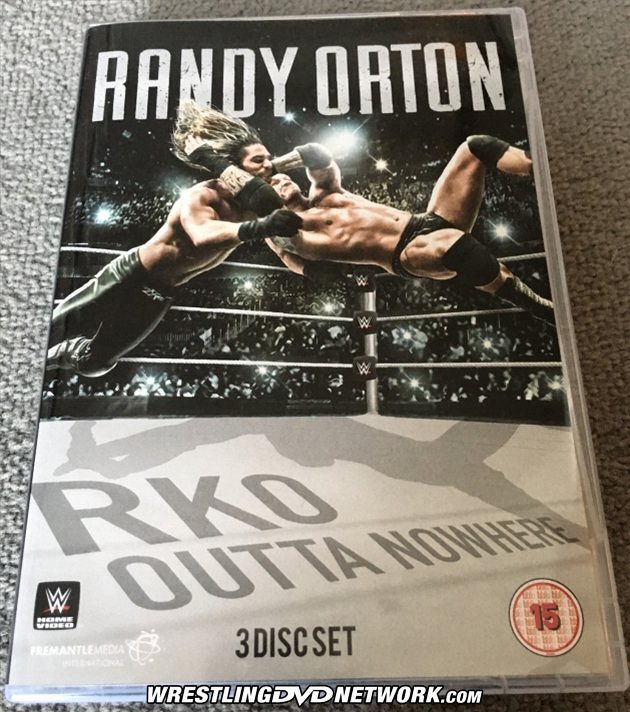 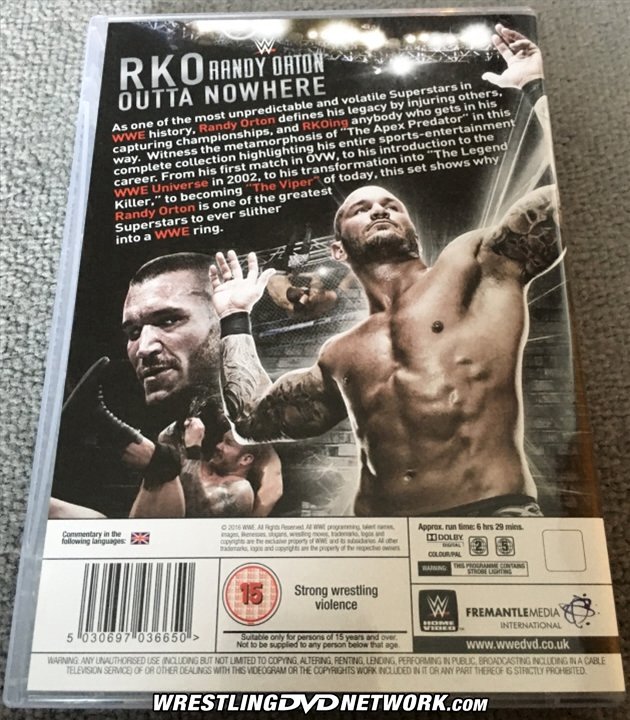 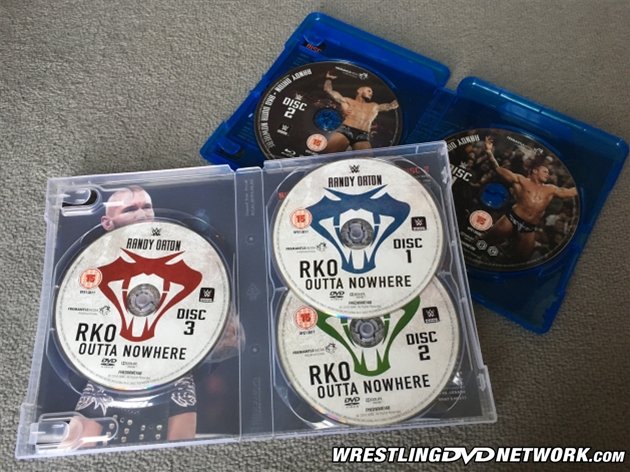 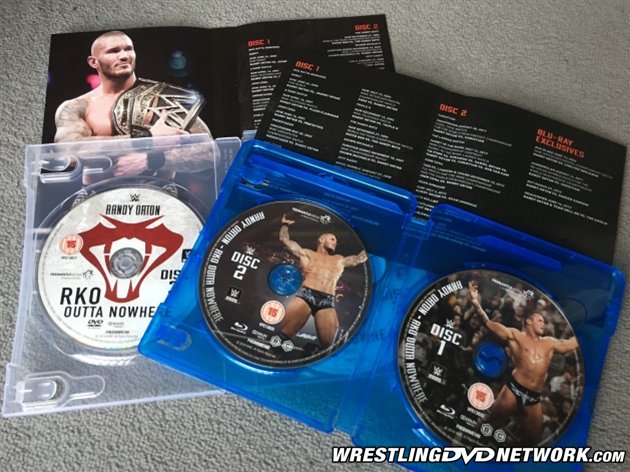 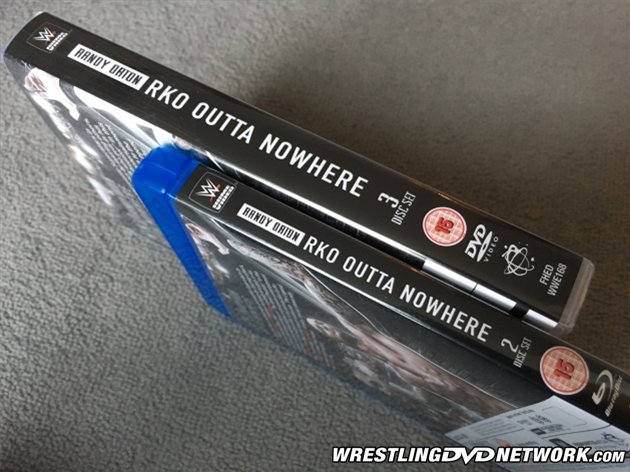 Released this week – “Back to the Territories: Amarillo” by Kayfabe Commentaries!

Jim Cornette interviews Terry Funk in the latest DVD in the series, which is also available to stream On Demand, or to download to your device for later. Grab it at KayfabeCommentaries.com.

You can watch 7 minutes of the DVD for free in the official trailer:

THIS WEEKEND: In between your Halloween (and Hell in a Cell) festivities this weekend be sure to head to WWEShop.com to take advantage of one of their best money off codes.

Code “SAVE25” takes a 25% chunk off the price of DVDs and a plethora of other merchandise! 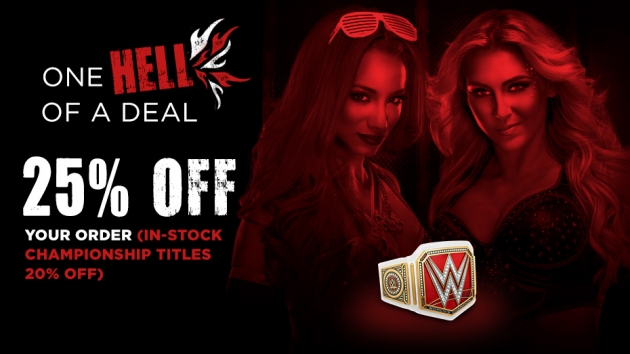 THIS WEEKEND: Click here to get 25% off new WWE DVDs & all other orders at WWEShop.com…

UK FANS: Heads up, any pre-order placed for “The True Story of Royal Rumble” DVD/Blu-ray before 11.59pm tonight (Friday) will be given a 15% discount on the price and free delivery!

Just head to WWEDVD.co.uk and use the promo code “TRUERR” at checkout. 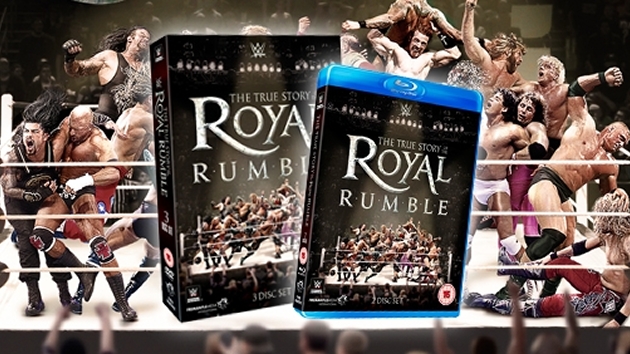 “LOTS” OF DEALS: Our weekend eBay Watch finds the following big lots of WWE DVD goodies, including multiple Anthology box sets (with bonus titles), and this pile of Blu-rays… 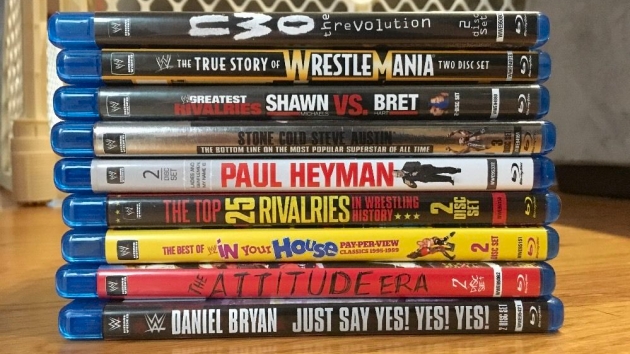