The preview confirms a number of different superstars who were interviewed for the release including THE UNDERTAKER! This marks the first time that The Undertaker has been interviewed on a WWE DVD release since the early 2000s.

The Triple H – Thy Kingdom Come DVD and Blu-ray is released to North America on September 24th; click here to pre-order your copy now with Amazon.com.

Wrestling fans can often be heard saying that shipping costs at WWEShop.com are too pricey. Well, tonight only you can get shipping down to just $5 flat-rate within the US. That means you could buy several WWE DVDs and Blu-rays at once but keep shipping at just $5!

Check out their DVD and Blu-ray section over here and don’t forget to use the promo code “DVDWWE5” to take $5 off any order placed of $30 or more.

Payback 2013 is the latest WWE DVD and Blu-ray released to the United Kingdom and Europe. That’s shipping out from today over at WWEDVD.co.uk. 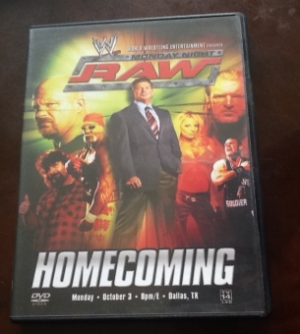 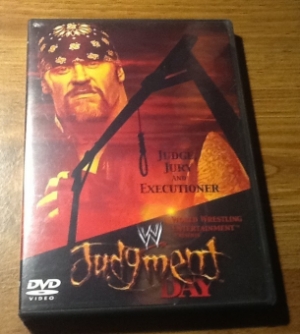 Auctions for these two rare WWE DVDs – Raw Homecoming and Judgment Day 2002 – are expiring tonight on eBay.com. Click the photos above to go to their eBay listings.