Check out this exclusive preview clip of Shawn Michaels being interviewed for The Best of WWE at Madison Square Garden! HBK talks about the desire wrestlers have to make it to MSG, his thoughts on renovations to the building and having the honour of performing in The Garden when it was sold out.

The DVD and Blu-ray release on August 27th; pre-order your copy by clicking here.

WWEDVD.co.uk are releasing the Madison Square Garden DVD and Blu-ray to fans in the UK and Europe on September 9th.

This week they revealed the video shown below which is a preview of the Andre the Giant & Paul Orndorff vs. Roddy Piper & Bob Orton match featured on the set, from August of 1985.

In anticipation of The Best vs. The Beast at SummerSlam, for one week only WWEDVD.co.uk are offering the CM Punk: Best in the World and Brock Lesnar: Here Comes the Pain! (Collector’s Edition) DVD sets together for only £19.99! To take advantage of the deal saving you 33% off RRP, just enter promo code “TBvTB33” at checkout. 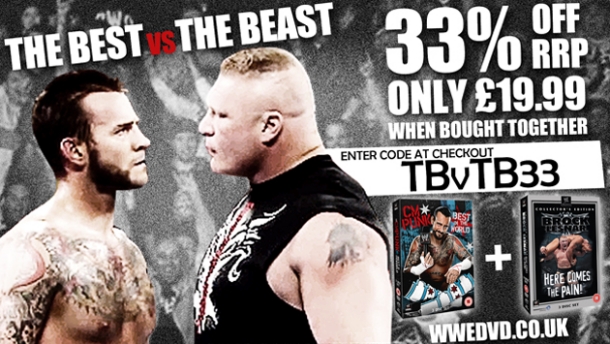 Several more WDN readers were in touch with us this week to say they have received the Blu-ray edition of Money in the Bank 2013 from Walmart.com. As mentioned, it appears Walmart’s website has so far been the only way to get hold of a copy, even though it has a Best Buy Exclusive sticker on the front of the packaging. It quickly sold out and is not currently available to buy from the site. Thanks to Jeffrey Evans for the photo below.

In three months time the MITB 2013 Blu-ray will no longer be a ‘store exclusive’ and should see a wider release. Amazon have it available to pre-order for $20.97 at this link. 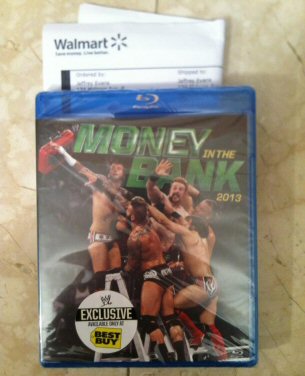 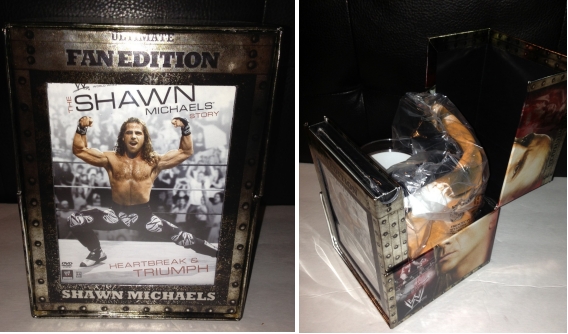