A new WWE Blu-ray sale has been spotted at Best Buy stores in the United States, which reportedly includes WrestleMania 25 through 27 and other selected titles.

All Blu-rays included in the promotion are priced at $9.99 each.

Thanks to the several WWEDVDNews readers who passed this news along, and to Manuel Garcia for the photo below. 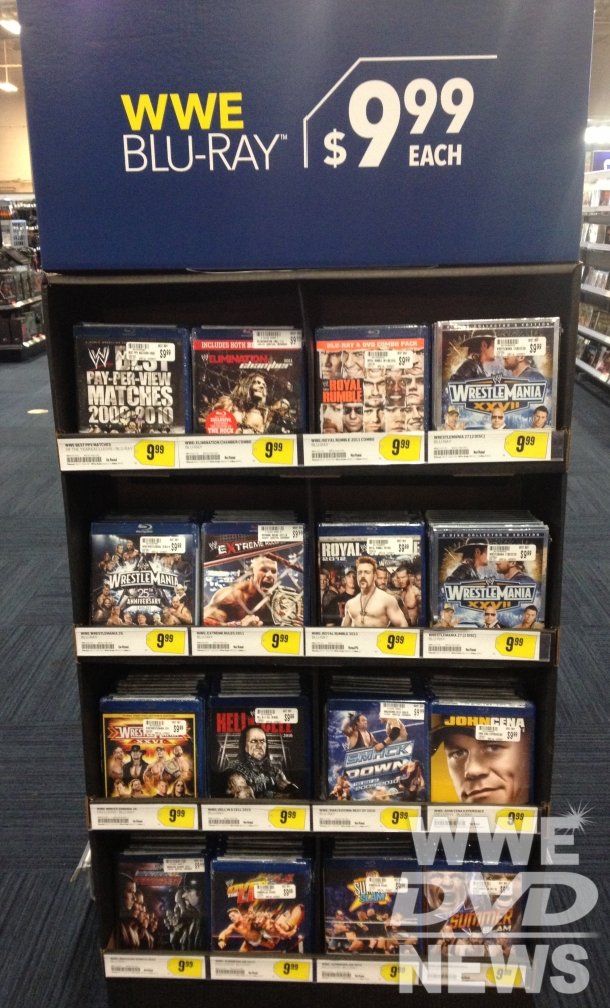 Speaking of sales, we also received word that all eight titles in the “Superstar Collecton” series have been added to the ongoing WWE DVD promotion at Walmart stores. Those DVDs are priced at just $5.00 each. 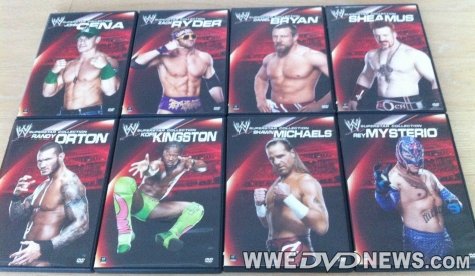 WWEShop’s current promo code “SAVEMORE” (10-20% off) makes for some good deals in their DVD/Blu-ray section at this link. Limited time only.

The new Mick Foley DVD and Blu-ray hit the United Kingdom this week, available now through WWEDVD.co.uk. The next two releases incoming to the UK are The Best of WCW Nitro Vol. 2 on April 29th, and Elimination Chamber 2013 on May 6th.

Below we have some exclusive first look photos of both titles. 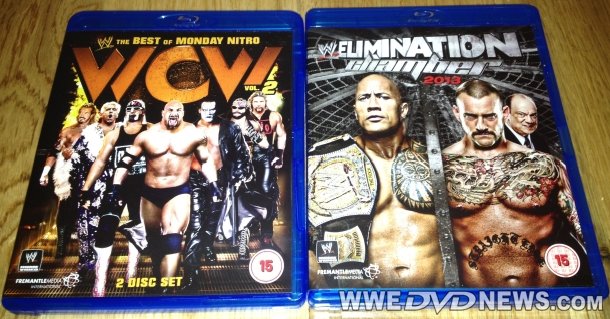 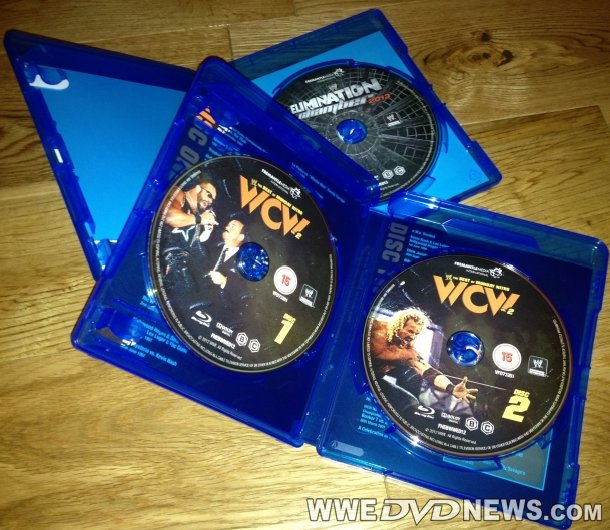 It was recently speculated that WWE’s Mid-South Wrestling DVD in the works for September may include a documentary feature. Jim Ross made it known that WWE conducted various interviews with talents associated with Mid-South over WrestleMania weekend.

However, JR has since followed up on these comments during a Q&A and stated that while there will be historical pieces included on the set, there won’t be a documentary included.

Thanks to William Slack for passing along that update.

WWEDVDNews was in attendance at a Smackdown live event in the UK this past weekend. Shout out to those fans who spotted the sign! 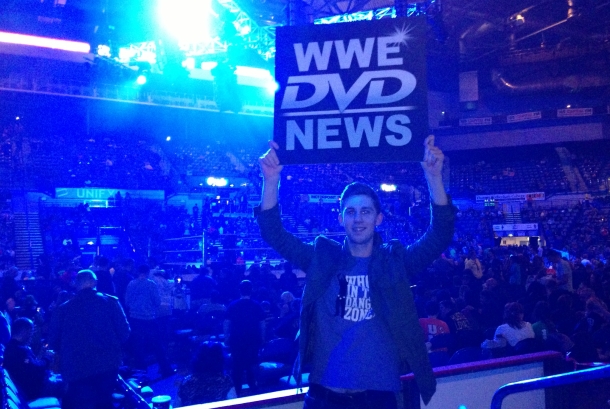 TNADVD.co.uk have now added the TNA Lockdown 2013 DVD to the website for June pre-order, and a TNA One Night Only: X-Travaganza DVD for July pre-order.

Any UK fans pre-ordering Lockdown 2013 on DVD have a chance to win one of 20 copies signed by Bully Ray! The latest release in stock is Final Resolution 2012.

We’ve been hunting eBay and found these noteworthy WWF/WWE DVD auctions ending in the next few days. Check ’em out, they might interest you.

– $30 high bid with only a day or two remaining. Many other copies sold lately for $100+ so worth keeping an eye on this.

– This includes 3 WrestleManias and other recent titles like the Raw 100 Moments DVD. Many brand new. Not bad for $43.

– Canadian version of this rare DVD but worth a shot at this price if you can never find this particular event.

– New condition and $55 bid makes this worth a look.