Today we have a look at the planned DVD cover artwork just finalized for last weekend’s sixth annual MITB PPV – Money in the Bank 2015.

As you can see it’s adorned by none other than the “Lunatic Fringe”, Dean Ambrose. 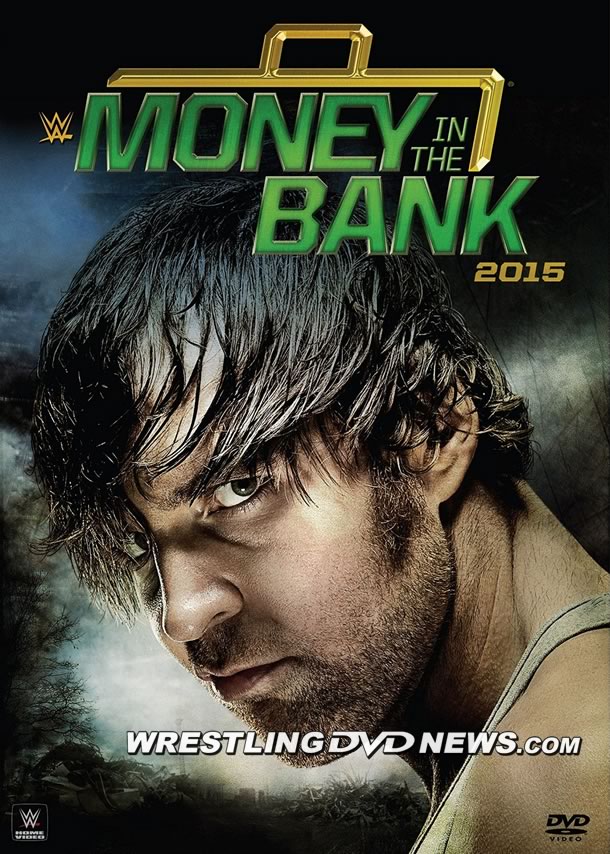 Money in the Bank featured a double ladder match main event with the Money in the Bank Ladder Match and the WWE World Heavyweight Champion, Seth Rollins, taking on Dean Ambrose. Not forgetting of course that those main events were joined by the anticipated rematch between NXT Champion, Kevin Owens, and the United States Champion, John Cena.

The DVD extras are still to be confirmed, but shouldn’t be too far away. The DVD version will be released in the United States as well as Australia (where it will be released as a twin pack with Elimination Chamber), while UK/Europe will also have a Blu-ray edition available.

Elimination Chamber 2015‘s cover artwork has also just come through, as shown below.

The event originally aired as a WWE Network special and for a while a physical release looked unlikely, but it will be making it to DVD as a UK exclusive from WWEDVD.co.uk next month! 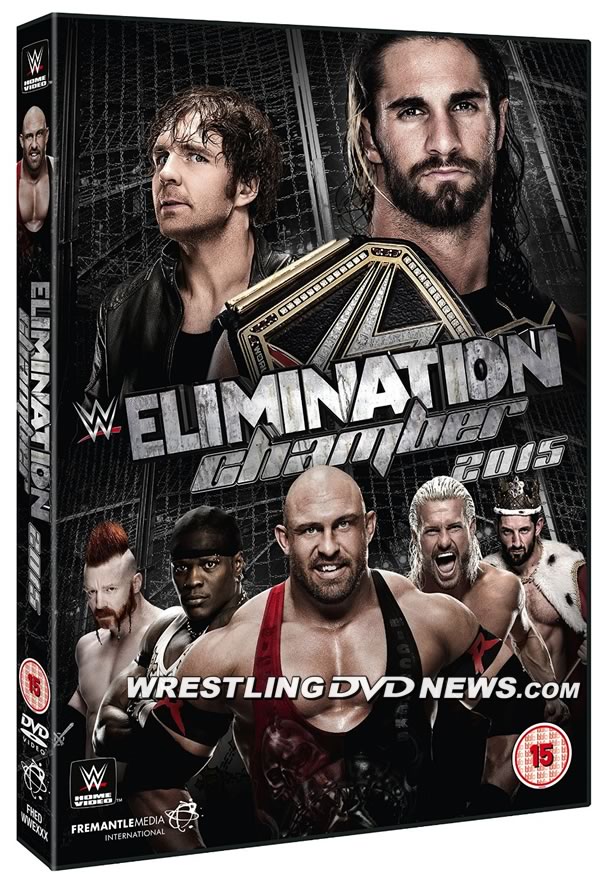 The UK exclusive DVD will include the following extras when released on July 27th:

As mentioned, fans in Australia will be getting Elimination Chamber 2015 as a bonus disc included in the Money in the Bank 2015 DVD this August, but as it stands right now, the event will not see a Home Video release in North America. We’ll let you know if that changes.