The planned WWE DVD releases for December in the United States are now confirmed to simply be “WWE Presents: True Giants” and Survivor Series 2014.

“WWE Presents: True Giants” will be on both DVD and Blu-ray formats, while Survivor Series will only be on DVD format. The event has not seen a Blu-ray release in the US since 2012.

The full schedule for the remainder of 2014 is now known, as shown below. Upcoming titles include the likes of Sting, Randy Savage, and a second volume of The Attitude Era.

The new dates have been added to our WWE DVD Release Dates page. Be sure to bookmark and check back with that page as it is always kept up to date with upcoming titles.

Below is the confirmed cover artwork for the UK’s SummerSlam 2014 DVD/Blu-ray. You can pre-order a copy from WWEDVD.co.uk for release next month on October 27th.

Australia will also get it in October, while fans in the the United States will get the SummerSlam DVD/Blu-ray later this month. There will be 4 DVD extras and 8 Blu-ray exclusives. 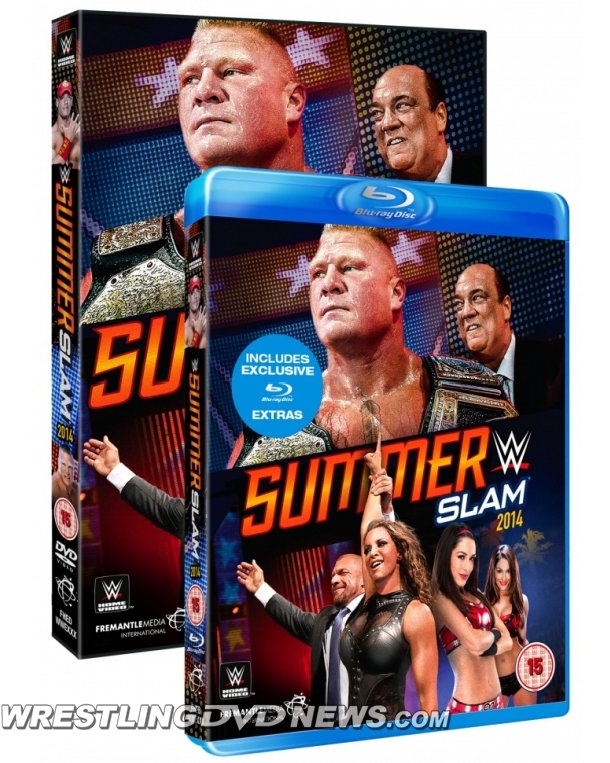 At least 6 WWE DVDs will be re-released from 2 weeks today. They will be budget, single-disc titles priced at $6.95 each, according to the following Amazon pages. Links below.

Look out for this deal today here on eBay.com – a Wrestlemania Anthology box set that’s right now bid to only $28.00 with free shipping included!

And this $29.00 auction for a Summerslam Anthology box set, here on eBay.com.

eBay seller “jaymzlv” has several WWE Blu-ray auctions ending today at only $3.99 each, and more sealed Blu-ray titles currently around the $9.99 mark. Worth a look.