Today at WrestlingDVDNews.com we can exclusively reveal the WWE Brothers of Destruction – Greatest Matches DVD cover artwork, but with an added twist!

This single-disc release on The Undertaker and Kane will be a collection of seven of the greatest matches featuring the Brothers of Destruction, as they team up against the likes of Edge & Christian, The Dudley Boyz, The Miz & John Morrison, and more.

“Brothers of Destruction” will be released in the United States and Australia on DVD format, while fans in the UK and Europe will also get an exclusive Blu-ray version. 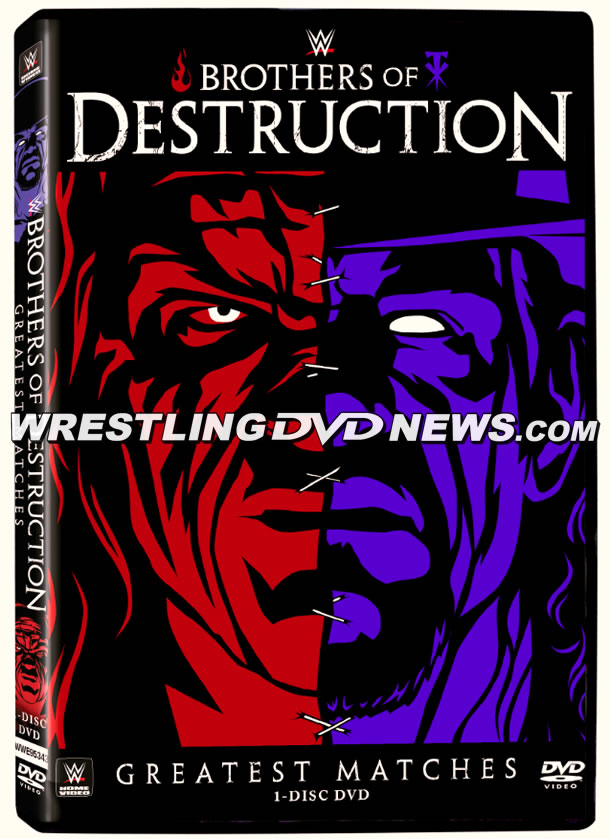 “Brothers of Destruction chronicles the long history of the partnership of Undertaker and his half-brother, Kane. Following Kane s introduction to WWE in the late 90’s, he and Undertaker engaged in bitter battles, before finally uniting as a team known as the Brothers of Destruction. Their on-again, off-again partnership captured the imagination of the WWE universe throughout the next decade, with memorable battles both individually and as a team, against some of the greatest Superstars in WWE history.

This single-disc DVD contains 7 matches featuring the best action from Kane and Undertaker as a tag team spanning from their formation as a team in 2001 through some of their most recent matches in 2008.”

The Brothers of Destruction 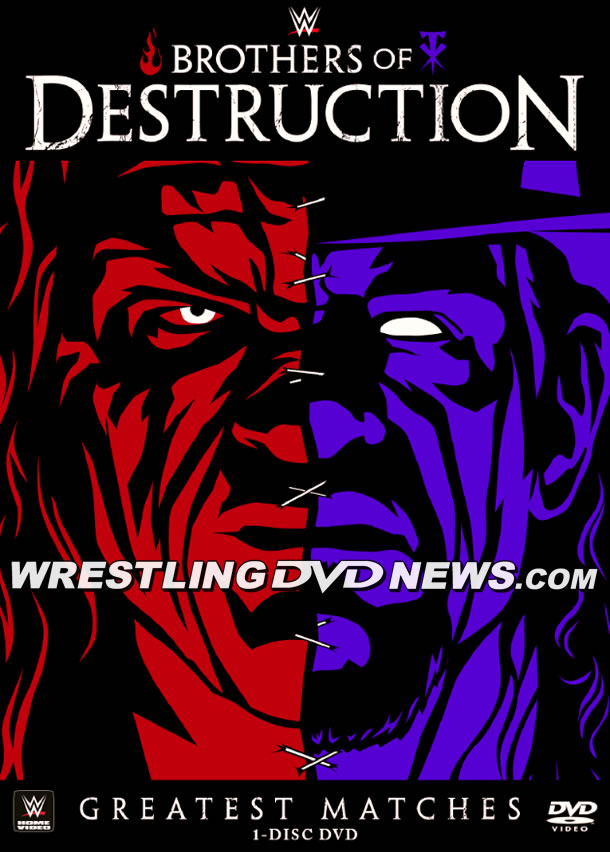 You may notice that Brothers of Destruction will be the first WWE DVD to feature the new style “network” WWE logo, which will replace the “scratch” logo first utilized in 2002.

As we reported yesterday, word is that the new look WWE logo will become commonplace on WWE programming and all consumer products as of August 18, 2014.

Loading ...
You will be able to pre-order your copy of “Brother of Destruction – Greatest Matches” on DVD shortly from:
Check out more posts here on WrestlingDVDNetwork.com: