In big WWE Network news, the service is all set to debut a new series tonight immediately following SmackDown at 10PM EST. The show is called “Table For 3” and during their second quarter earnings release they described the show as:

As big as a new show hitting the Network is, the major news is who this episode features. Paul Orndorff and Mean Gene Okerlund are showcased, along with “Rowdy” Roddy Piper. 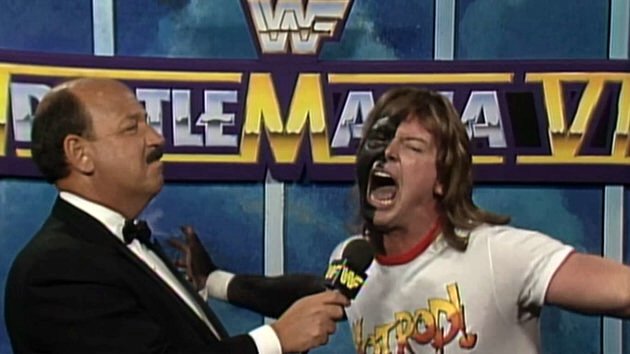 In what could be the last new footage WWE has with the recently passed legend, Piper will sit down with the other two Hall of Famers to discuss some of their favorite ribs and moments. Our new WWE Network Schedule page describes the show as:

Of course, we will have coverage on the new show right here at WrestlingDVDNetwork.com along with updates on any future Roddy Piper content as soon as we learn more about it. Once again, the show is scheduled for 10PM EST immediately following SmackDown before airing again at 1AM EST. The show is listed as lasting for half an hour.

In addition to all of this, WWE will be airing Roddy Piper moments and matches throughout the day as part of their “Throwback Thursday” Roddy Piper Marathon.

This content and more can be seen on the WWE Network for just $9.99 per month. Your first month of subscription is absolutely FREE! Click here to sign up for the WWE Network now.