It looks like WWE have a new World Championship Wrestling themed DVD in the works!

This page of Amazon.com is a listing titled WCW PPV Matches, which is slated to be an 8 hour DVD set and scheduled for release in March 2014.

It’s not a lot to go off but we’re safe to assume this will be a “Best of” compilation of match picks from WCW pay-per-view events. In recent years WWE Home Video’s focus as relates to WCW footage has been on Monday Nitro which has seen two DVD volumes to date.

A Blu-ray edition is not listed currently but we expect that to follow soon. We should have confirmation of the release, formats and official synopsis within the coming weeks.

News making the rounds this week regarding the newly released “History of WWE” DVD, citing the Wrestling Observer Newsletter, is that those at WWE involved with producing the documentary were pushing to interview Shane McMahon but were told it wasn’t going to be possible. As mentioned here previously, Linda and Stephanie McMahon were interviewed for the 2 hour piece but Vince and Shane McMahon were not.

On the release day, the DVD quickly went out of stock here on Amazon.com which likely indicates good early sales for WWE. The DVD version is still out of stock right now and will remain the case until Saturday. The Blu-ray version on Amazon has not sold out.

Below, courtesy of WWEDVD.co.uk and WWE on YouTube, are 5 preview videos of the documentary. They cover different eras of the WWE and the company as we know it today.

The History of WWE DVD and Blu-ray is also out now in Australia via WWEDVD.com.au. It follows to the UK and Europe on December 2nd over at WWEDVD.co.uk.

Richard Hagenn sends word of finding the “Rock vs. Cena – Once in a Lifetime” WWE DVD on sale for only $7.99 in-store at K-Mart. Here’s a pic of Richard’s find. 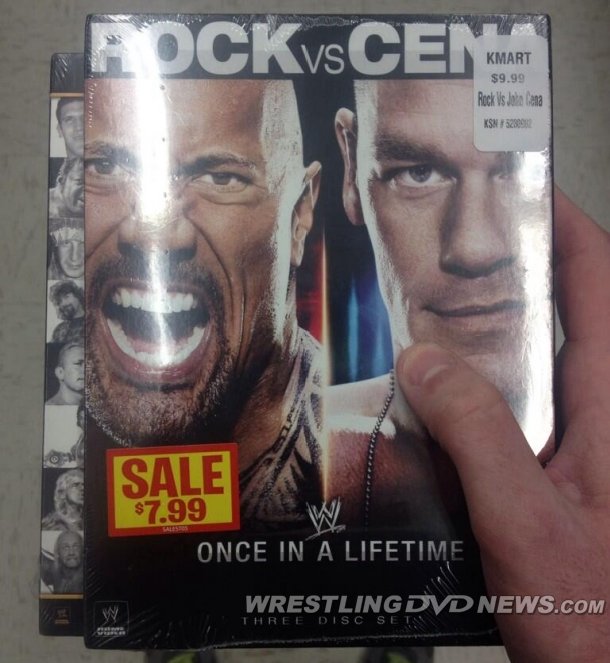 UK FANS: The John Cena and Randy Orton “Superstar Collection” DVDs are now available on this page of WWEDVD.co.uk. They are priced at £5.99 each. We’ve also had word that the Daniel Bryan and Sheamus DVDs in the series will also be released to UK/Europe soon. 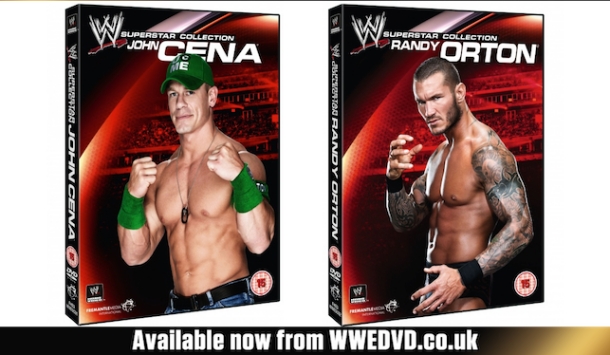 Stock up on out-of-print WWF DVDs missing from your collection!

Listed below are nearly 30 Buy It Now deals, all up for grabs on eBay.com now for no more than $19.99 each inclusive of shipping costs.

Before They Were Superstars – $8.58 shipped 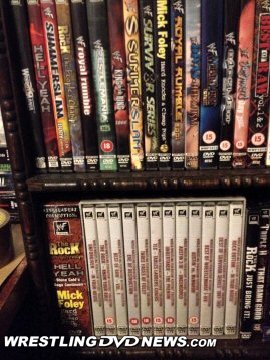