EXCLUSIVE: The Next ‘Non-PPV’ WWE DVD for 2020 Has RUTHLESS AGGRESSION, Photos of New Release 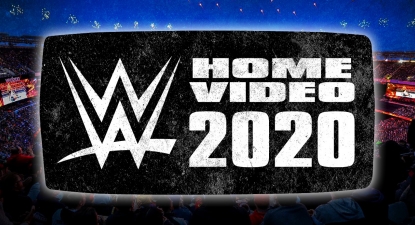 WrestlingDVDNetwork.com is pleased to announce there’s another new WWE DVD feature on the 2020 schedule — it’s not a PPV and this one has RUTHLESS AGGRESSION!

WWE be releasing a physical collection of all episodes so far of the WWE Network docu-series Ruthless Aggression, which of course focuses on the revered WWE era of the same name that was sparked in 2002 and would spawn some of the biggest Superstars in history including John Cena, Batista, Brock Lesnar, and Randy Orton.

The “Ruthless Aggression Vol. 1” DVD will present those five episodes and include extended scenes within them, plus there’s potential for some additional extras too. It’s scheduled for release this November.

From the ashes of the Monday Night War, a new era is born – Ruthless Aggression! For the first time ever, hear the true stories from those who lived it, and witness the emergence of an entire new generation of Superstars, who would change WWE forever.

Remember, there’s still a mysterious announcement coming this Monday from our friends at WWEDVD.co.uk and while that may well involve some “Ruthless Aggression” too, we hear there’s more to the reveal than that alone, so there’s even more to look forward to!

Clash of Champions 2020 has also just been added to the 2020 WWE Home Video schedule — it’s on the way for October.

Not much to report before the actual PPV event takes place, but WrestlingDVDNetwork.com has learned that this release will include a Seth Rollins collectible Topps Trading card inside the packaging, with the chance to grab a signed version in limited numbers.

Before those goodies arrive, we have a brand new release: The Horror Show at EXTREME RULES 2020. This year’s Extreme Rules DVD hit stores across the United States earlier this week and will follow to fans in the UK at the end of the month.

With thanks to WDN reader @JordanDVDWWE, let’s get 👀 on some first look photos of the U.S. version now in stores, which includes a free Topps trading card of AJ Styles!

THE HORROR SHOW AT EXTREME RULES 2020

On the night where WWE throws the rulebook out the window, Braun Strowman and Bray Wyatt follow the buzzards to murky alligator-infested waters for the first-ever Wyatt Swamp Fight!

WWE Women’s Tag Team Champion Sasha Banks looks to add the RAW Women’s Championship to her gold collection when she challenges “The Empress of Tomorrow” Asuka. WWE Champion Drew McIntyre defends Claymore Country in an Extreme Rules battle against former friend Dolph Ziggler. Rey Mysterio and Seth Rollins settle their long-standing grudge in an Eye for an Eye Match, a contest so brutal that the combatants must extract their opponent’s eyeball to win.

Watch as the Superstars of RAW and SmackDown turn up the carnage during The Horror Show at EXTREME RULES!