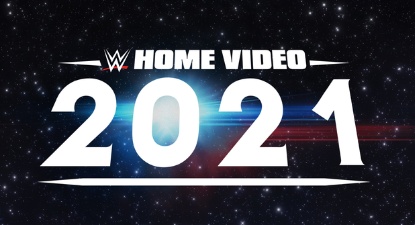 Next up for the 2021 WWE DVD schedule, we have the Home Video release of next year’s Elimination Chamber Pay-Per-View, due to hit stores across the United States on March 30th, 2021.

WrestlingDVDNetwork.com can exclusively reveal the Elimination Chamber 2021 DVD will include a collectible Topps trading card featuring Shayna Baszler, once again with a few signed cards randomly distributed with this PPV title.

Made up of ten tons of cold solid steel and over two miles of chains, the Elimination Chamber is a haven for carnage and mayhem. Which Superstars from RAW and SmackDown will make it to their final destination on the Road to WrestleMania inside WWE’s most unforgiving steel structure?

Remember, the very first WWE DVD release of the new year will actually be a non-PPV offering with “WWE 24: Best of 2020”. A new trailer has dropped:

EXCLUSIVE: The First WWE DVD of 2021 Revealed (With Cover & Content!) 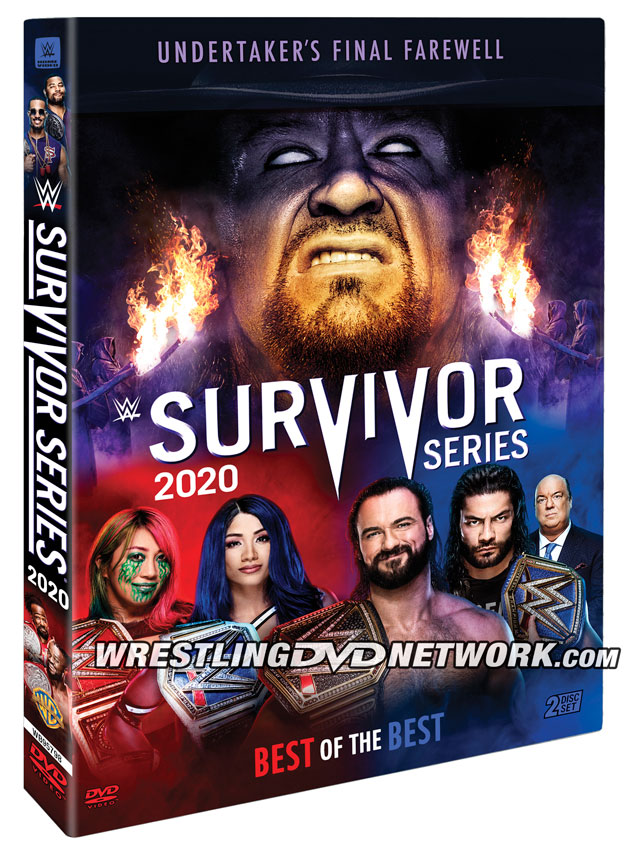 …we still have one more WWE DVD release on the horizon this year — Survivor Series 2020!

Here at WrestlingDVDNetwork.com we’ve just received these new cover shots for the U.S. version of the Survivor Series DVD shown above and below, including a first look at the artwork planned for the back of the packaging; that features a large image of The Undertaker and several other photos of the in-ring action from the event.

Survivor Series 2020 will arrive on DVD in the United States next Tuesday, December 29th. It will follow to fans in the UK and Europe (along with an exclusive Blu-ray edition) in January (go grab it from Amazon.co.uk), while fans in Australia get the DVD in February.

Speaking of the Blu-ray edition, Amazon UK’s product listing states orders of the Survivor Series 2020 Blu-ray will include a free 16-page “Undertaker: Rise of The Deadman” mini comic book, which as you’ll recall was first seen with the release of Undertaker: The Last Ride. 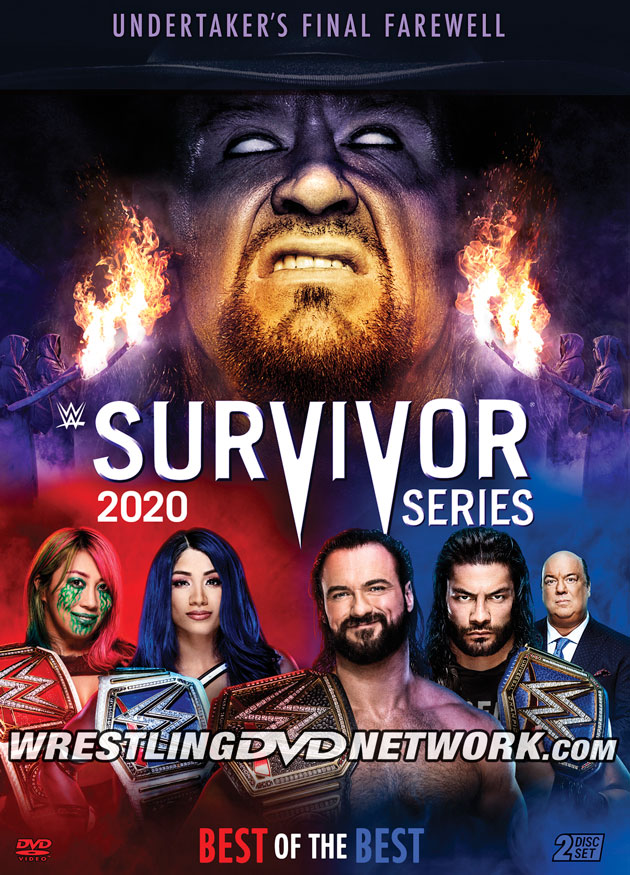 Emerging from the darkness, The Phenom made the WWE Universe come alive at Survivor Series. Thirty years later, Undertaker says his final farewell from in-ring competition in front of his peers, rivals, and the WWE Universe in a grave celebration of The Deadman.

RAW and SmackDown collide in the ultimate battle for brand supremacy. The Head of the Table goes one-on-one against The Chosen One when Drew McIntyre goes head-to-head with Roman Reigns in a Champion vs. Champion match. The Empress of Tomorrow battles The Boss when Asuka faces off against Sasha Banks.

Witness the best of the best at Survivor Series! 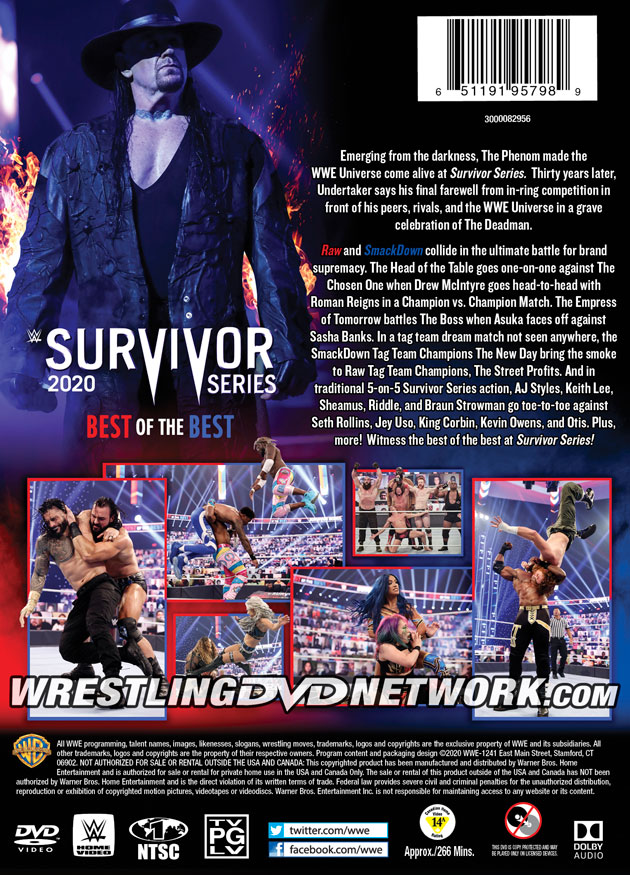 The latest WWE DVD you can add to your collection is Hell in a Cell 2020, available now in the United States, Canada, and the United Kingdom!

Inside the packaging of the North American version you’ll find a free trading card of “The Fiend” Bray Wyatt. Thanks goes out to WDN readers “TheDVDFreak” and “JordanDVDWWE” for sending in the awesome photos you see here. 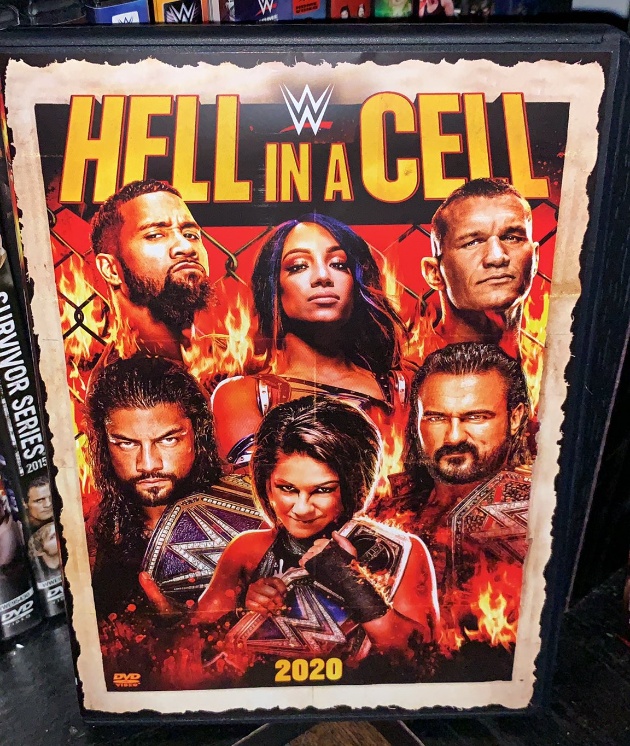 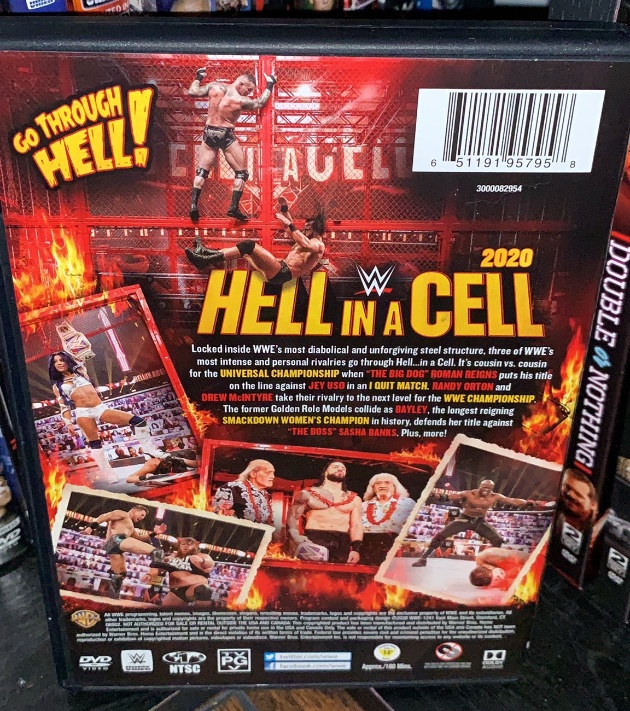 Locked inside WWE’s most diabolical and unforgiving steel structure, three of WWE’s most intense and personal rivalries go through Hell in a Cell.

It’s cousin vs. cousin for the Universal Championship when “The Big Dog” Roman Reigns puts his title on the line against Jey Uso in an I Quit Match. Randy Orton and Drew McIntyre take their rivalry to the next level for the WWE Championship.

The former Golden Role Models collide as Bayley, the longest reigning SmackDown Women’s Champion in history, defends her title against “The Boss” Sasha Banks. Plus, more! 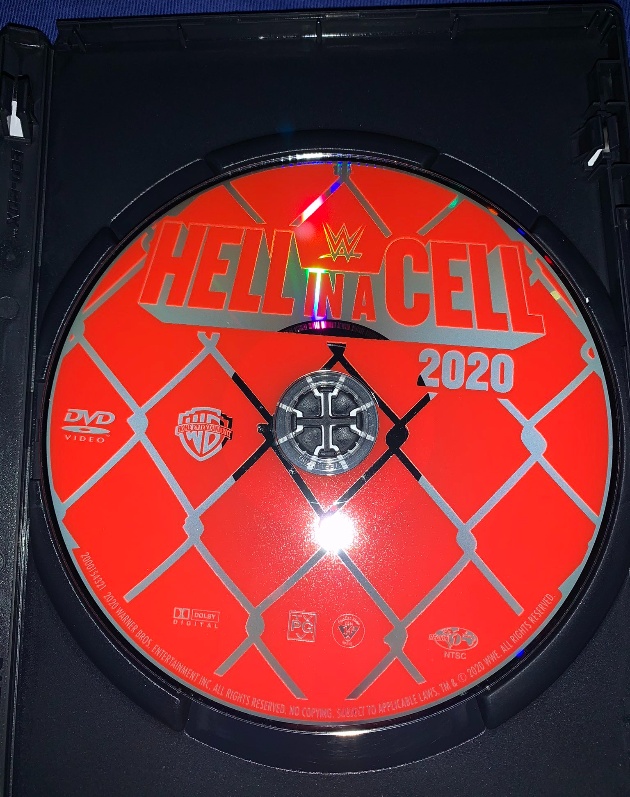 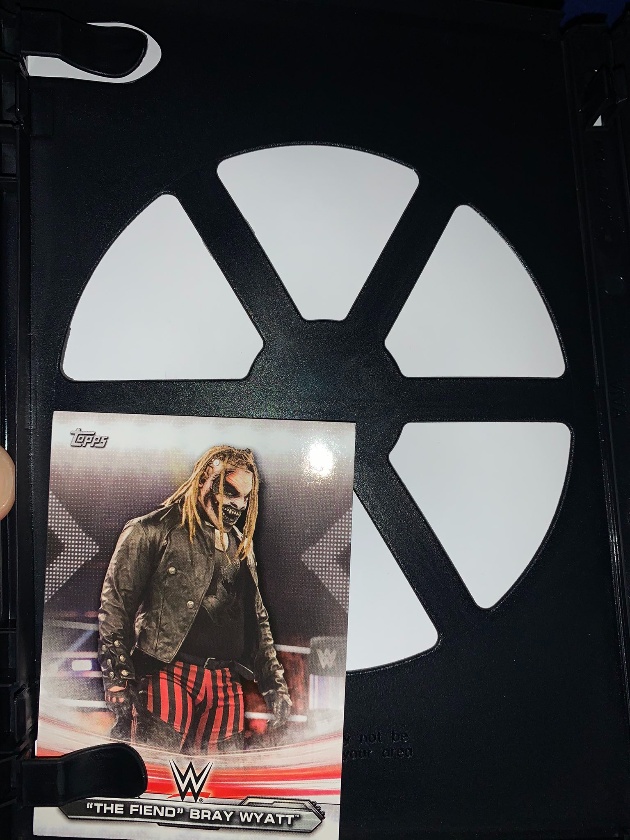 – United States: RIGHT NOW! Get your new Hell in a Cell 2020 DVD from Amazon.com. 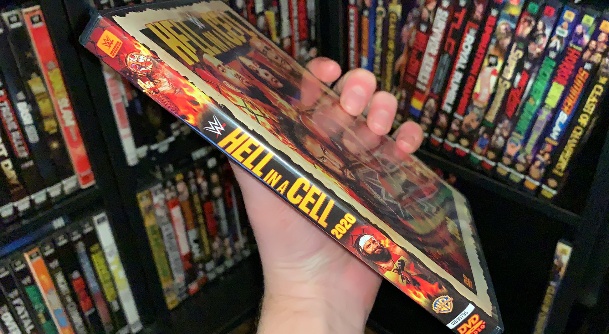 Have you got your copy of “Undertaker: The Last Ride” yet?

In the U.S. and Canada, the ‘Taker DVD is now available through Amazon after a period of Walmart exclusivity.

Pictured below are the contents of the UK’s “30th Anniversary Collector’s Edition” Blu-ray; only 500 were produced and limited quantities are still available at WWEDVD.co.uk. 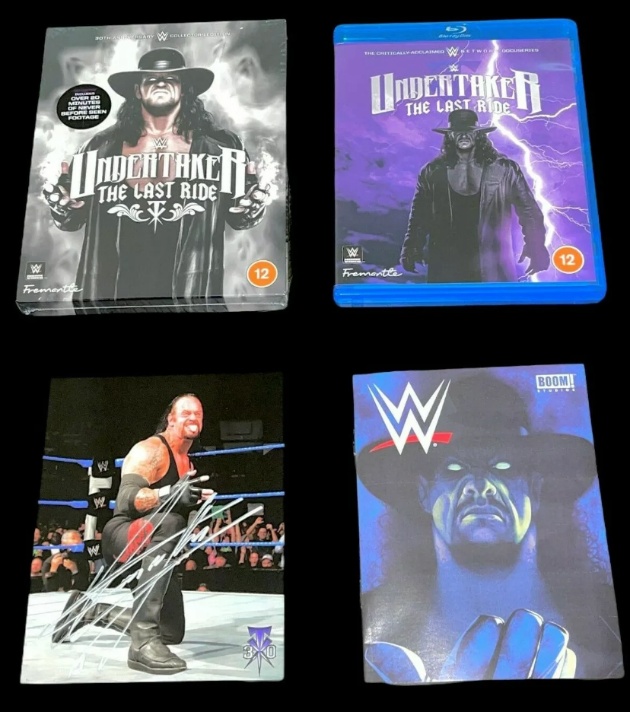 Winners of our giveaways for the 5x ‘Taker Blu-ray and Poster combos have been notified and the prizes dispatched. Congratulations if you were one of the lucky ones!

We ended up with a few extra posters left over, so we gave those out on Twitter.

To all of the readers of WrestlingDVDNetwork.com, we wish you and yours a very Merry Christmas and a Happy New Year — have a good one! 🎅

Winners of the "Undertaker: The Last Ride” Blu-ray and Poster combos are being drawn – check Twitter, Facebook or your email inbox depending on where you entered! 🤞 pic.twitter.com/brotpDVkRe