Join us every day (as you no doubt always do) because this week we’re exclusively unveiling content planned for “The Very Best of WCW Nitro Vol. 3”, WWE’s upcoming DVD/Blu-ray release, which will compile almost 50 matches/moments from WCW Monday Nitro.

Volume 3 will be heating up your DVD shelf this summer! The pre-order price has just been dropped to $19.94; be sure to pre-order yours now by clicking here to Amazon.com. 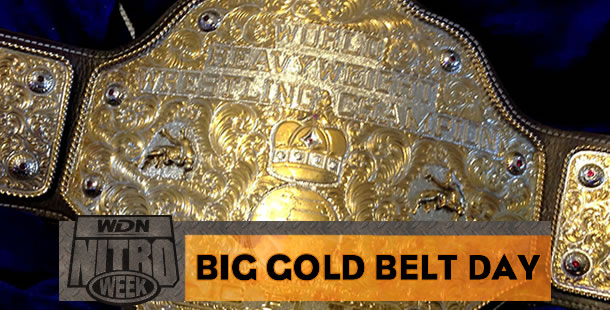 The Big Gold Belt is one of wrestling’s most iconic symbols. Its lineage dates all the way back to the days of Jim Crockett Promotions in the ’80s and runs right through to 2014 – not too many other Championship belt designs have been around for nearly three decades.

So, in honor of the Big Gold Belt, today we reveal a selection of 4 WCW World Heavyweight Championship matches which are to be featured on “The Very Best of WCW Nitro Vol. 3”. 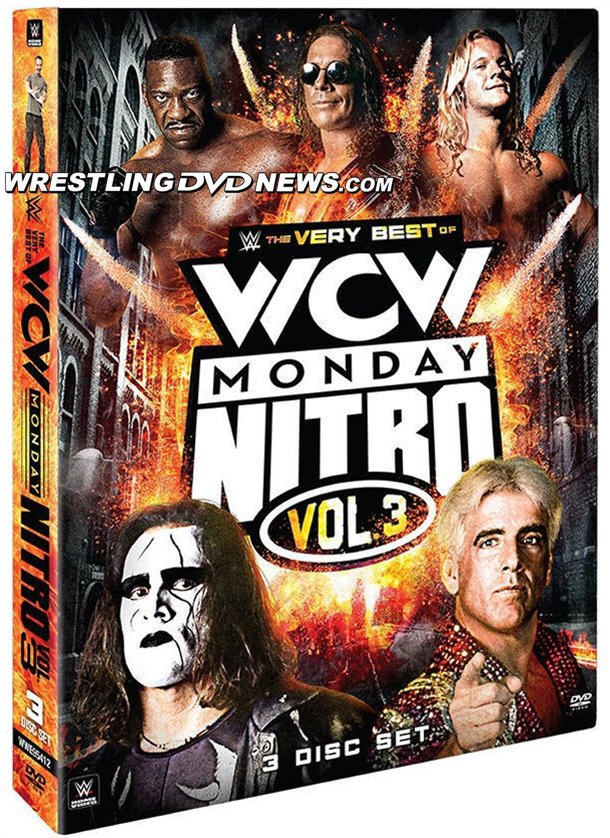 Below is a pre-release look at the planned packaging artwork for Money in the Bank 2015, one of the next WWE DVDs scheduled to hit stores in the coming weeks!

Shown here is the Australian version available August 5th from WWEDVD.com.au, who will also be releasing a limited edition containing Elimination Chamber 2015 as a bonus disc.

Fans in the UK will be getting MITB 2015 exclusively on Blu-ray format via WWEDVD.co.uk. 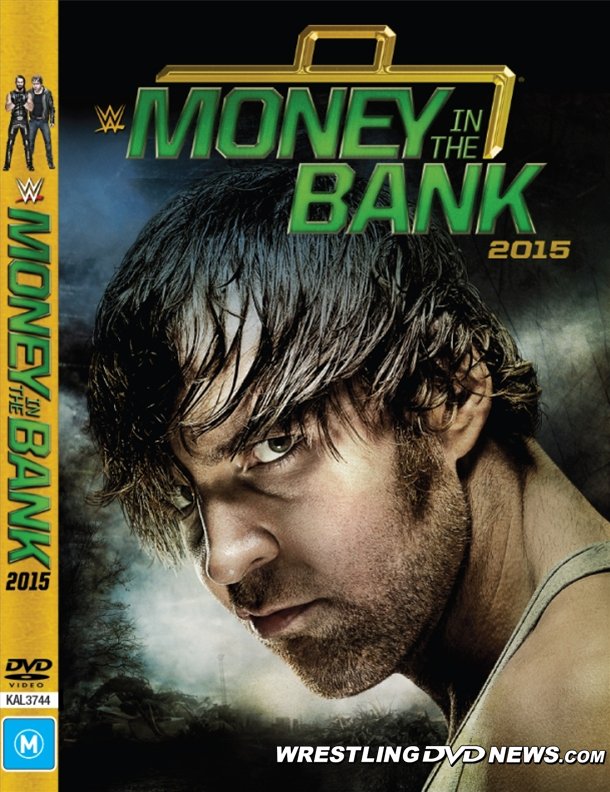 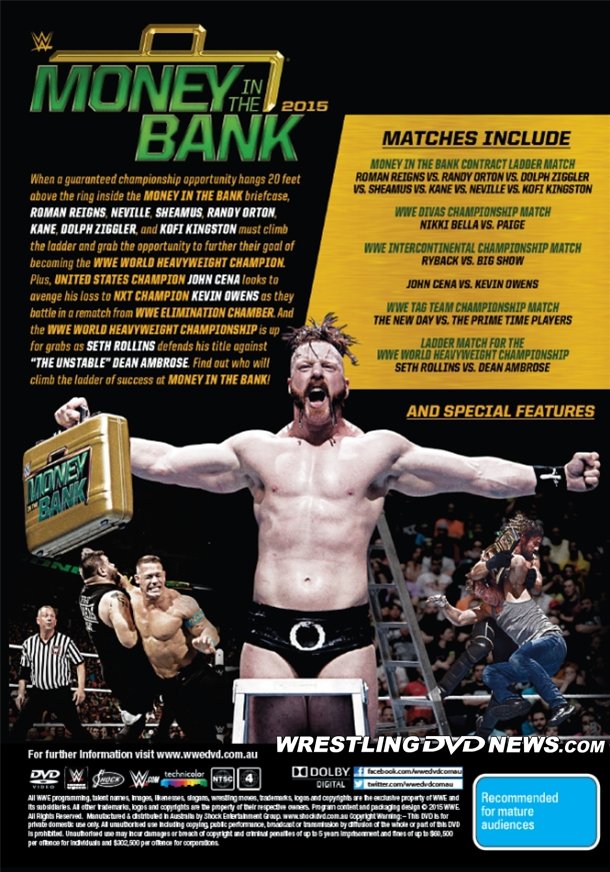 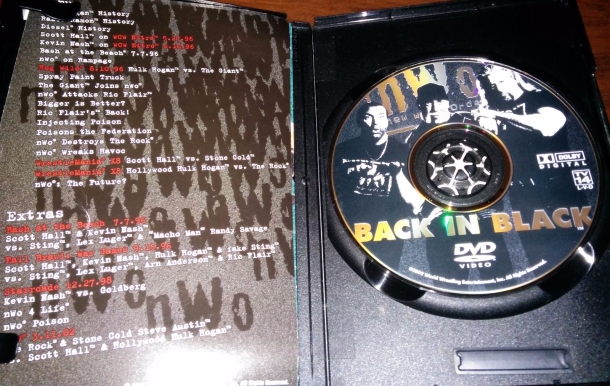