No Documentary for WWE’s BROCK LESNAR Blu-ray, No Extras for Money in the Bank 2016 DVD? 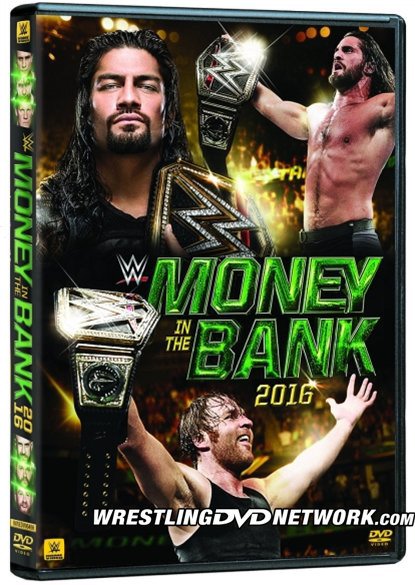 This month’s Money in the Bank 2016 DVD (releasing July 19th to the United States) will have a runtime of approximately 3 hours and 20 minutes in total.

Due to the overrun of the event the DVD will unfortunately not feature any extras in its content.

As such, the Kickoff Show matches – The Lucha Dragons vs. The Dudley Boyz, and The Golden Truth vs. Breezango – will not be included. However, the Blu-ray edition (releasing August 22nd exclusively to the UK) will contain a handful of special features as usual.

The full content of the DVD and the aforementioned Blu-ray extras are confirmed below:

Fatal 4-Way Match for the WWE Tag Team Championship
The New Day vs. Enzo & Cass vs. The Vaudevillains vs. Gallows & Anderson

The Participants are Confident Heading into the Ladder Match

Dean Ambrose will be the “King of the Jungle” 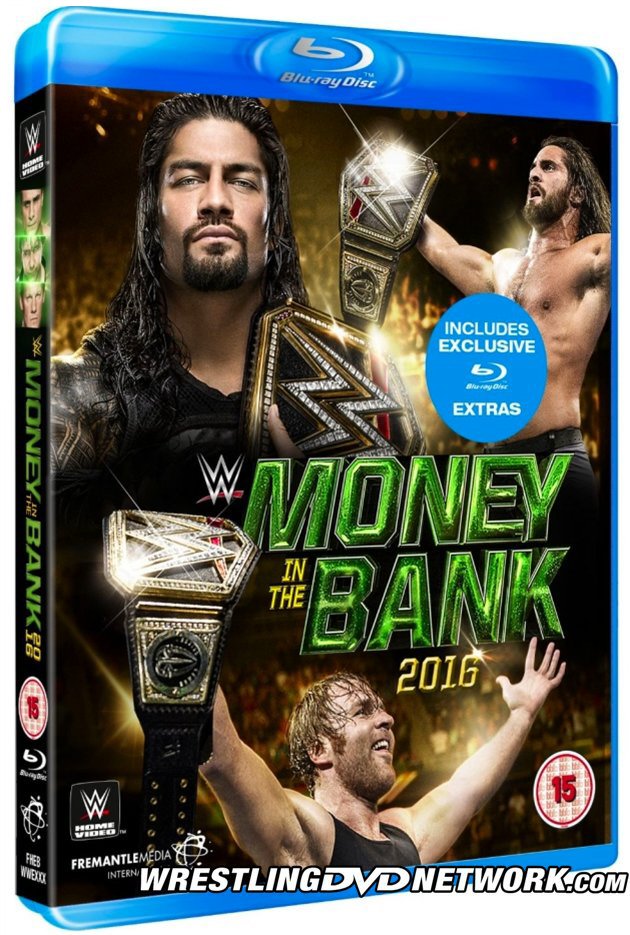 – Australia: August 17. Pre-order your copy of the MITB DVD at Madman.com.au.

A documentary feature (or “Brockumentary” as WDN readers were calling it) is no longer planned for the “Brock Lesnar – Eat. Sleep. Conquer. Repeat.” DVD and Blu-ray later this year.

However, new packages are planned to be included between the featured matches.

These could end up being documentary-like chapters or at the very least include new interview material with the Beast himself. As revealed by the trailer and our update this week, the full Blu-ray compilation is to include 19 matches in total, 14 of which will make it to the standard DVD.

We would consider the change to be somewhat of a last minute decision by the company as the Brock DVD appeared on multiple schedule drafts listed as a documentary title – but of course future Home Video plans like this are often subject to change, as we’ve seen in the past.

Join us here at WrestlingDVDNetwork.com next week as we unveil the matches! 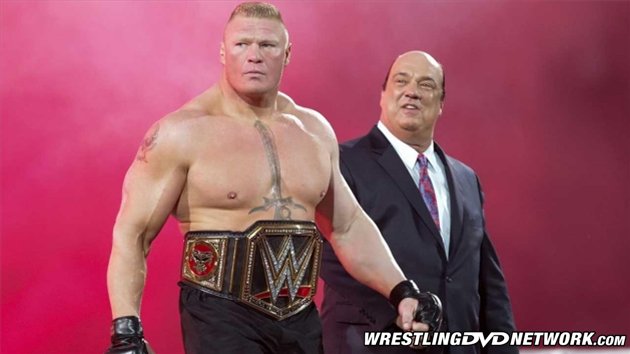 Below, check out the trailer for “Scooby-Doo & WWE: Curse of the Speed Demon”.

The animated movie releases August 9th (same day as Attitude Era Vol. 3) as a DVD and a DVD/Blu-ray combo pack. The price of the DVD has dropped to just $11.23 here on Amazon.com.

Extreme Rules 2016 is one of the next Home Video releases about to hit the UK. As with Money in the Bank, UK fans will be treated to a Blu-ray edition that’s not available anywhere else!

Catch the clip below of Karl Anderson and Luke Gallows vs. The Usos in a Tag Team Tornado Match. The Blu-ray will be available on July 18th; pre-order a copy here on Amazon.co.uk.

UK SALE: Speaking of the UK, there’s 25% off orders at WWEDVD.co.uk this weekend!

The “Payday Sale” is running until midnight on Sunday, July 3rd – simply order 3 DVDs/Blu-rays on the site and enter code “JUNEPD” to receive 25% off the price (an extra 15% than normal).

The new Scott Hall DVD out next week and other pre-orders can be used with the code. 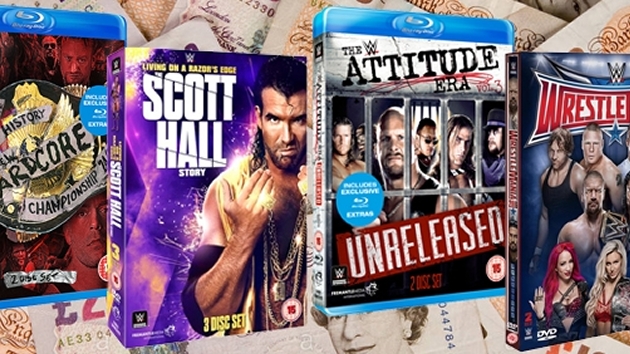 They’re all being auctioned individually on eBay this weekend and they include Judgment Day 2002, WrestleMania 17, and multiple WWF DVDs still sealed in their wrapper! Links below…

These following WWE DVD sets are also up for grabs on eBay today and through the weekend – low prices on recent releases like Bischoff and U.S. Title, a big box set, and more….