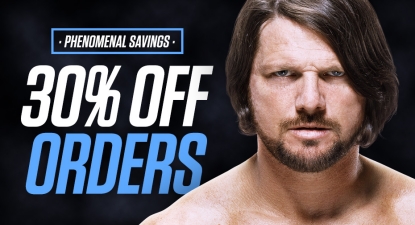 Until 3AM tomorrow morning WWEShop.com is giving you 30% OFF ALL ORDERS!!

If that’s sounding good then the promo code you need is “SAVE30”.

Head over to WWEShop.com now to dive into the “Phenomenal” sale before it expires in the early hours of tomorrow morning. As usual with WWEShop’s sales, it’s well worth grabbing a few titles together in your order so you take advantage of $6.99 / $9.99 flat-rate shipping.

Here’s a list of all the deals to be had, today only then they’re gone…

Be sure to enter promo code “SAVE30” to get the special prices listed above and below! 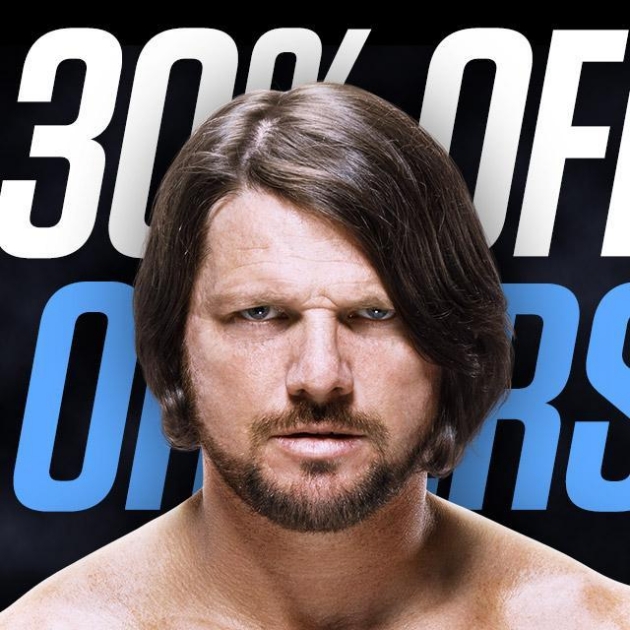 BE QUICK: Click here get 30% off the entire range of WWE DVD/Blu-ray titles at WWEShop.com…

It’s time for another opportunity to win prizes here at WrestlingDVDNetwork.com. We’re giving away TWO pairs of the exclusive “Fear the Fury” fight gloves found in the big Collector’s box set and a UK exclusive bundle of the new “Brock Lesnar: Eat. Sleep. Conquer. Repeat.” DVD.

— One pair of “fight gloves” will be given away to a WDN reader who ‘Likes’ and leaves a comment on this Facebook photo. Tell us your favorite Brock Lesnar match or moment there.

— One pair of “fight gloves” will be given away to a WDN reader who leaves a comment below this very article you’re reading. Tell us your favorite Brock Lesnar match or moment there.

Get involved in both places to double your chances of winning! 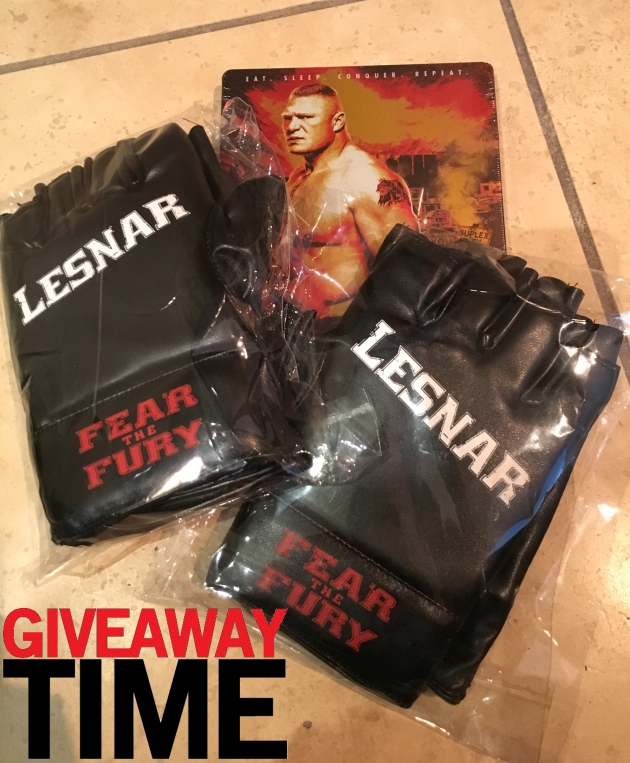 The pair of exclusive gloves were not the only item WWE included in the new Collector’s box set released for “Brock Lesnar: Eat. Sleep. Conquer. Repeat.”. There is also a Brock Lesnar trading card and a WrestleMania 32 artcard that features authentic ring canvas from the event.

For those asking, the autograph on the artcard is a facsimile and not hand signed. 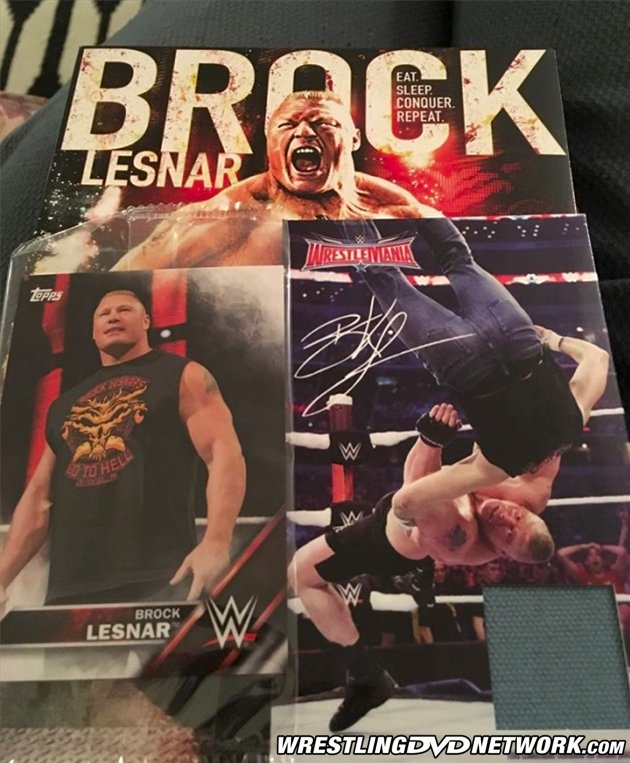 – UK/Europe: This Monday! Grab the new BROCK DVD or Blu-ray here on Amazon.co.uk.

Pre-orders are now being taken for “Back to the Territories: Amarillo”. Terry Funk is the special guest of the latest DVD in the series, releasing this Tuesday via KayfabeCommentaries.com.

This first look preview clip has been unveiled on Facebook:

EBAY GOODIES: The Brock box set makes it into our latest round-up of WWE DVD goodies on eBay. There’s two chances to get hold of the Collector’s set today and tomorrow… 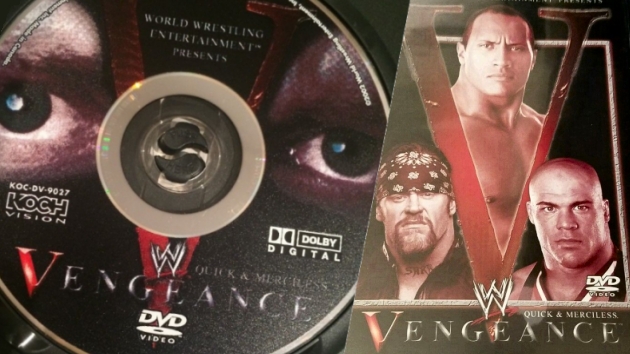 And all of these out-of-print titles can be found in eBay auctions expiring over the next few days, one of which contains a still-sealed copy of the rare Vengeance 2002 DVD…