Photo of The Ultimate Warrior in New WWE DVD, Semi-Finals of March Mania

This screenshot was revealed today by WWEDVD.co.uk and shows the Ultimate Warrior being interviewed for his new WWE DVD and Blu-ray, to be released next month!

As you’ve seen from the DVD content listing here on the site, it’s a compilation of over 25 matches, promos and these new interview segments with Warrior himself. 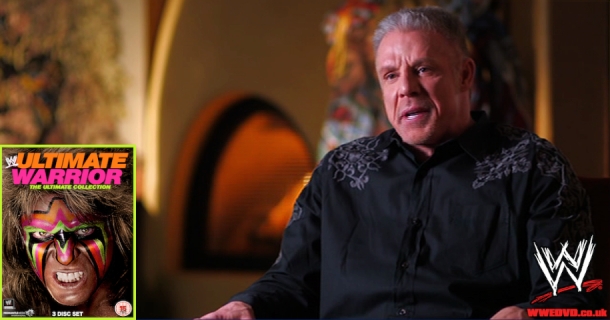 Voting closed yesterday for the Quarter Finals of the March Mania tournament.

The results are in! As we move into the Semi-Finals today, check below for updated brackets and the percentage results from your last head-to-head voting. 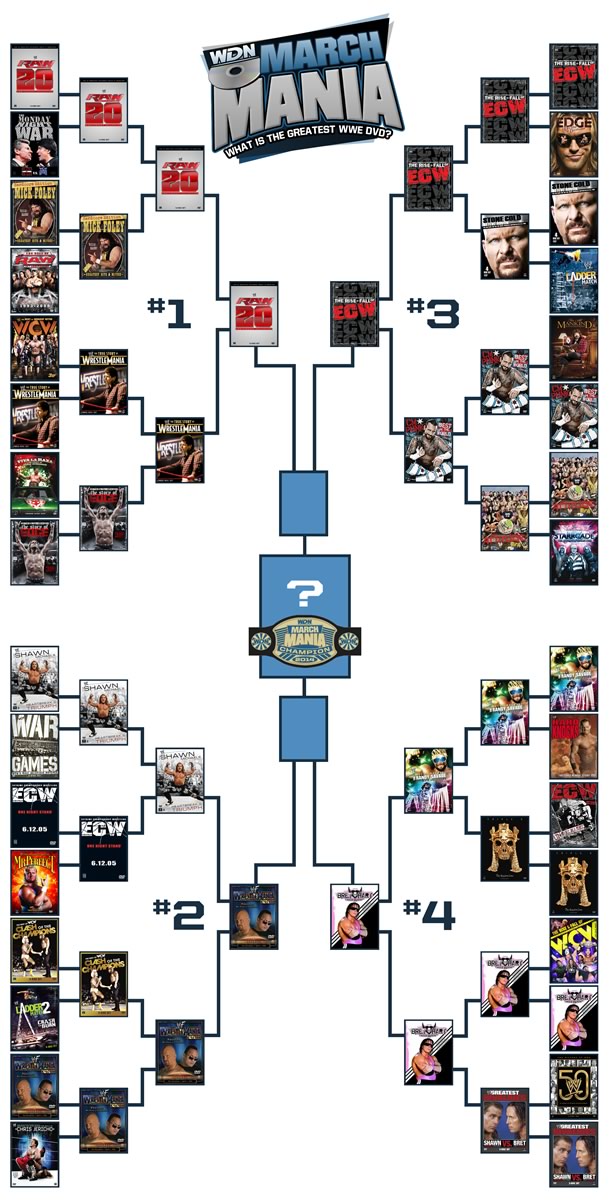 Yes, that means Macho Madness, Heartbreak & Triumph, Best in the World and The True Story of WrestleMania were all eliminated by your previous votes. We’re now down to only 4 WWE DVDs – one of which will be crowned the greatest ever!

Let’s now continue the tournament. It’s time to get voting in the Semi-Finals…

WDN reader Kyle Willard sends word that Walmart’s site appears to have removed the WWE Blu-ray double packs that were scheduled for release later this month.

The titles in the double packs were nWo/War Games, WrestleMania 28/29, ECW Unreleased Vol. 1/2, and Attitude Era/Stone Cold. They were all priced at $9.96 each. 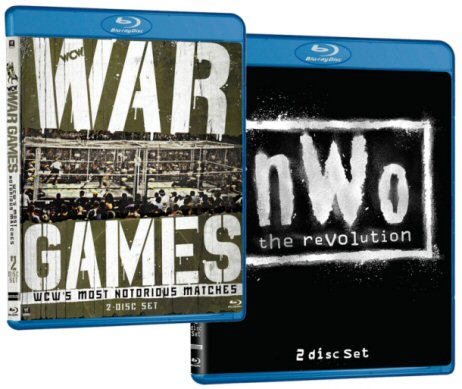 Ending today on eBay are these 3 large bundles of full-year WWE PPV DVDs. The links follow below and one of the lots is noteworthy because it includes all 11 of the “Blockbuster Exclusive” double disc DVDs, along with the rest of the 2007 PPV DVDs. 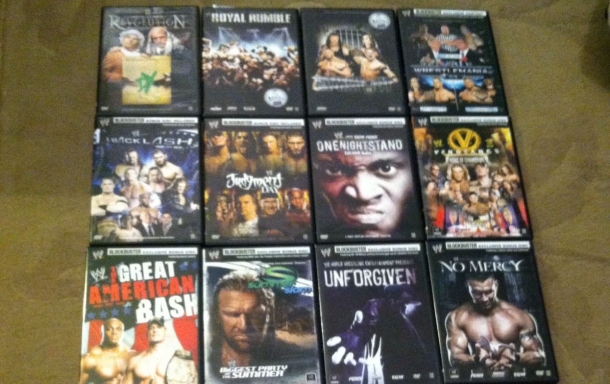