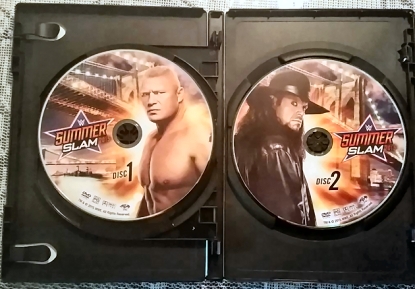 The next WWE DVD and Blu-ray is about to drop – SummerSlam 2015 officially releases across the United States tomorrow! Get a first look before anywhere else with these exclusive photos.

Below are first look photos of the 2 disc SummerSlam 2015 DVD and a reminder of the extras you can expect to see on there, two of which are “Home Video Exclusive” segments.

Special thanks to WDN reader “JayJayRock206” for sending in the pics! 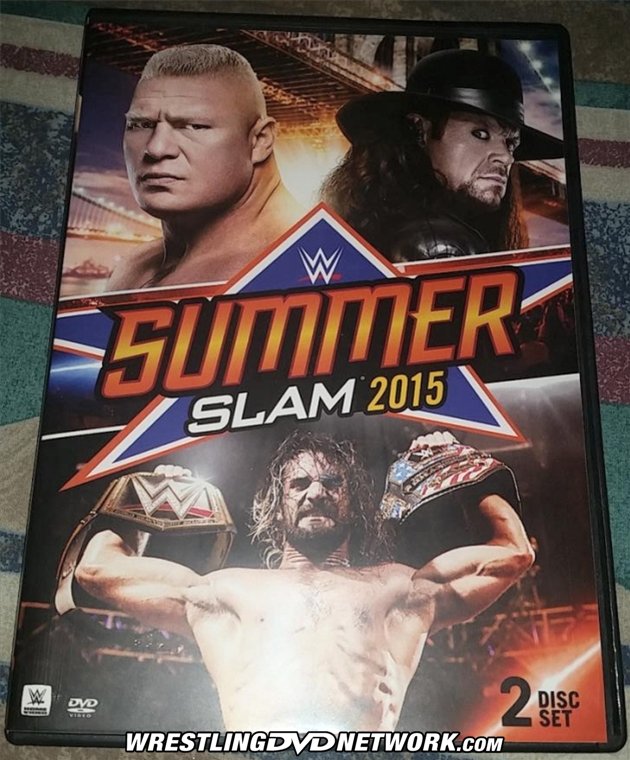 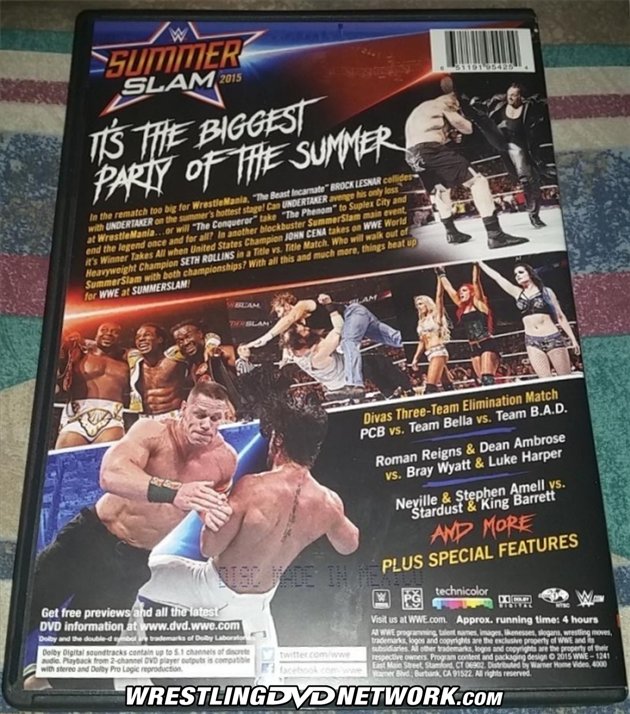 — Sheamus has Plans for The Viper
(SummerSlam Kickoff Show)

— PCB Plans to Take Over the World
(Home Video Exclusive)

On top of that, 1 more extra will be found on the Blu-ray, featuring a face-to-face segment between Brock Lesnar and Undertaker from the RAW before SummerSlam. 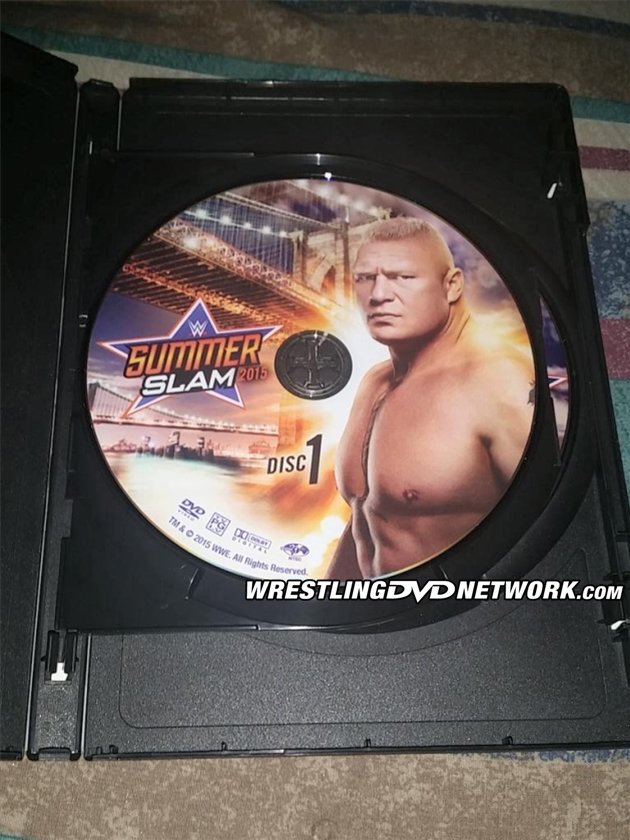 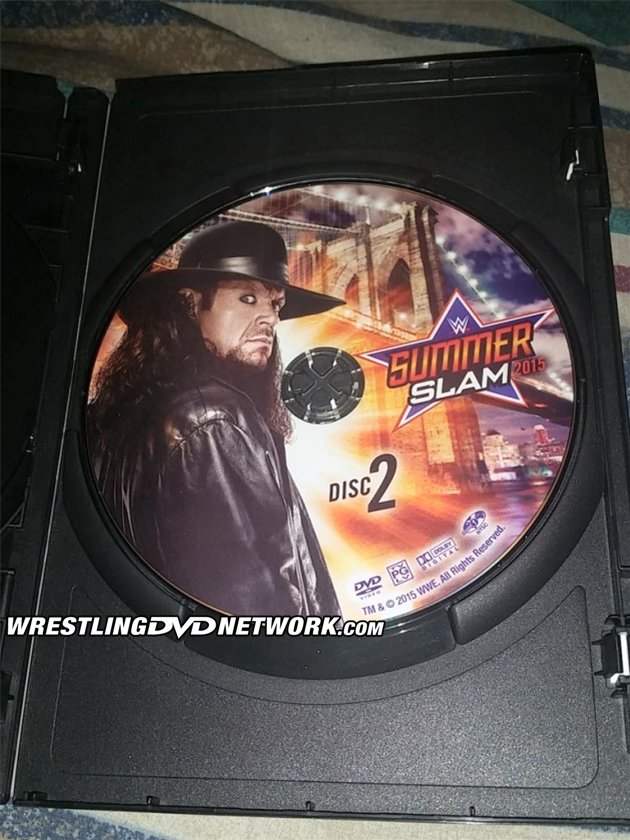 – USA: Tomorrow! Get the DVD or Blu-ray now here on Amazon.com.