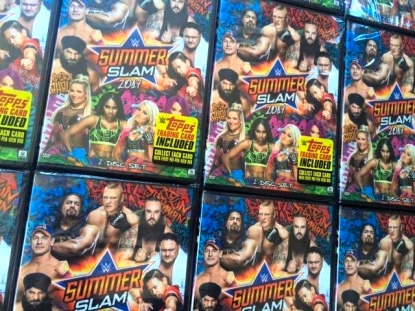 SummerSlam 2017, the second WWE DVD we had scheduled for September, has released to the United States today as a 2-DISC SET containing the PPV event and some extra features on top.

WrestlingDVDNetwork.com has your first look at its packaging, and a freebie found inside…

Get your hands on the same SummerSlam DVD pictured by clicking here to Amazon.com.

The 4-hour summer spectacular broadcast this time last month from Brooklyn, New York, and was headlined by a Fatal 4-Way Match with the Universal Championship on the line as Braun Strowman, Samoa Joe and Roman Reigns attempted to conquer “The Beast”, Brock Lesnar!

That monstrous main event joins 9 other history-making matches in the content listing of this year’s 2-disc SummerSlam DVD, a set of Home Video extras that cover the Kickoff Show matches, while inside the physical packaging is a free Topps trading card of Finn Bálor.

Let’s take a closer look; thanks goes out to WDN reader Jordan DeLeo for sharing the photos. 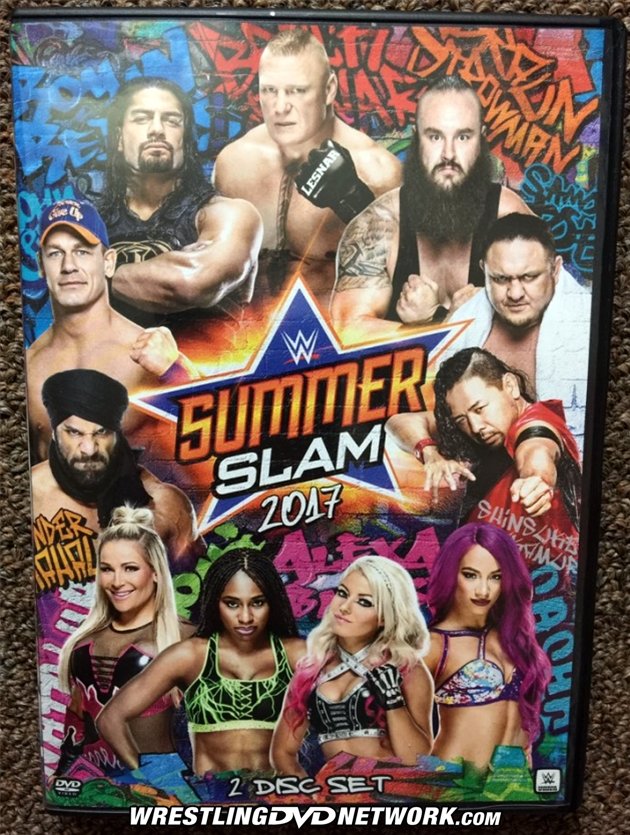 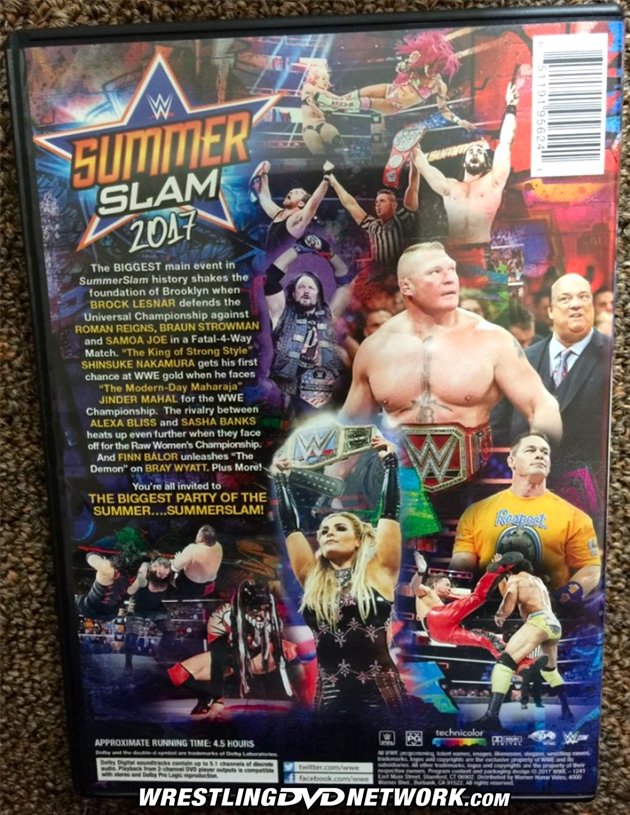 The BIGGEST main event in SummerSlam history shakes the foundation of Brooklyn when Brock Lesnar defends the Universal Championship against Roman Reigns, Braun Strowman and Samoa Joe in a Fatal-4-Way Match.

“The King of Strong Style” Shinsuke Nakamura gets his first chance at WWE gold when he faces “The Modern-Day Maharaja” Jinder Mahal for the WWE Championship. The rivalry between Alexa Bliss and Sasha Banks heats up even further when they face off for the RAW Women’s Championship. And Finn Bálor unleashes “The Demon” on Bray Wyatt. Plus more!

You’re all invited to The Biggest Party of the Summer… SUMMERSLAM! 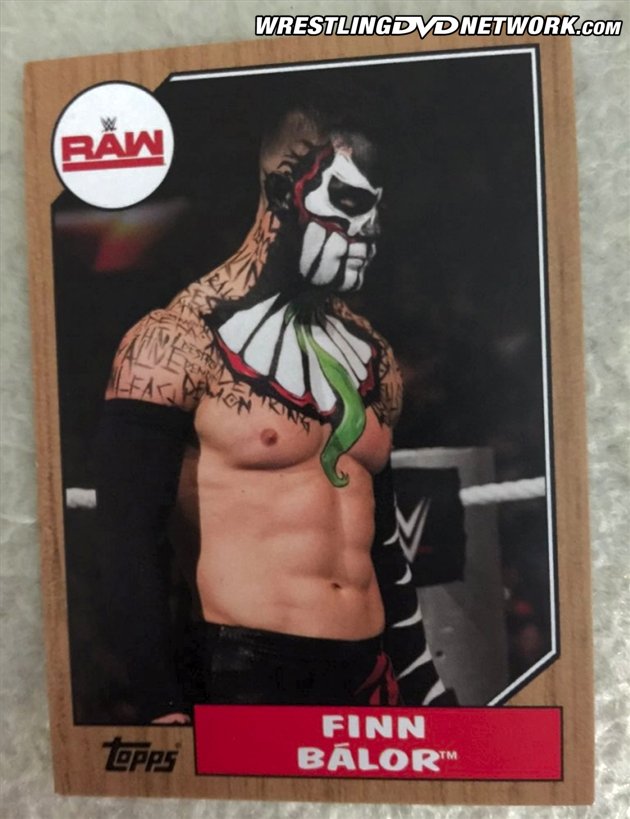 Extras are included on the first disc of the SummerSlam 2017 DVD, as we’ve broken down below.

— Jason Jordan & The Hardy Boyz vs. The Miz & The Miztourage 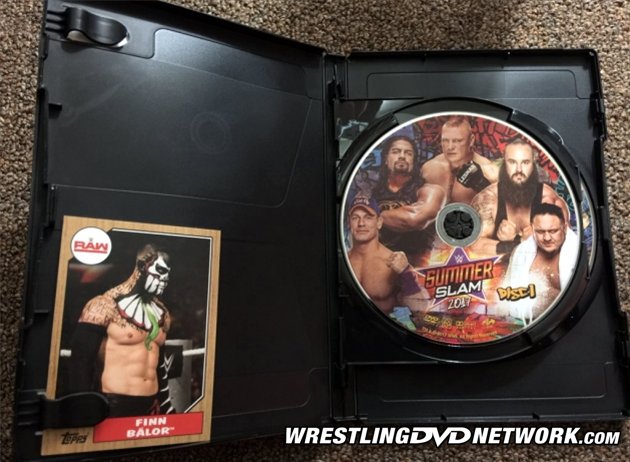 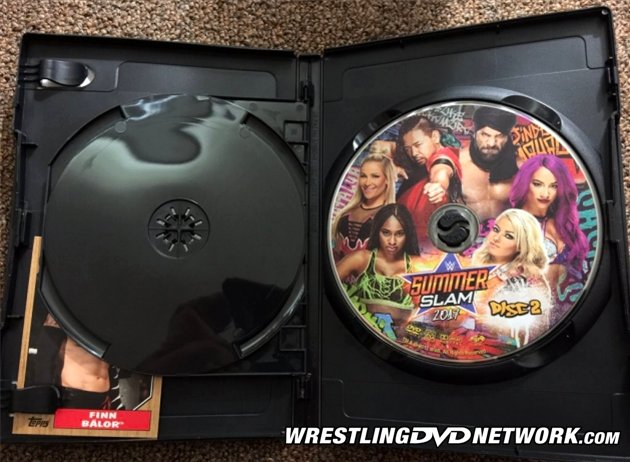 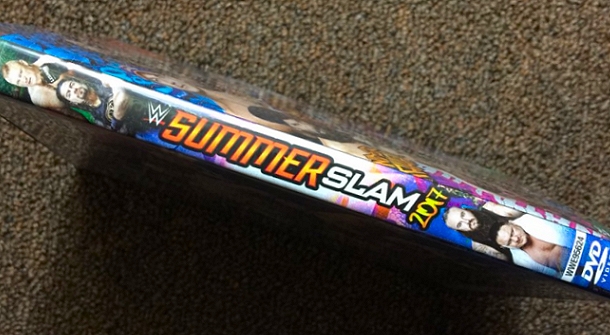