Brock Lesnar: Here Comes The Pain – Collectors Edition hits stores in just a few weeks on both DVD and Blu-ray in the US, and today we have exclusive pre-release pictures of the Blu-ray version. 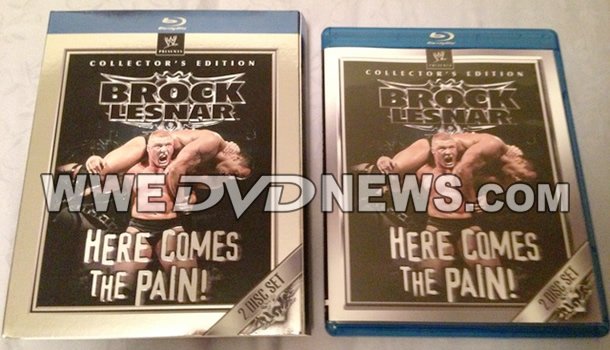 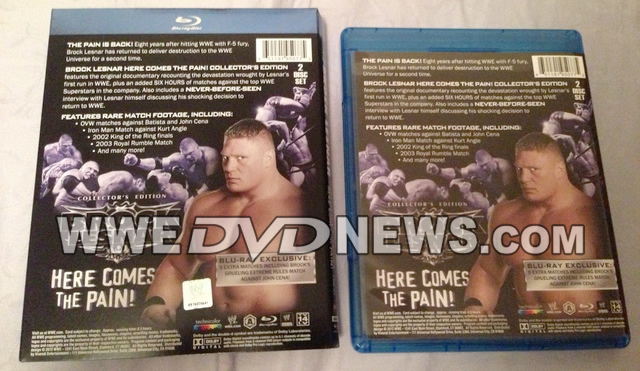 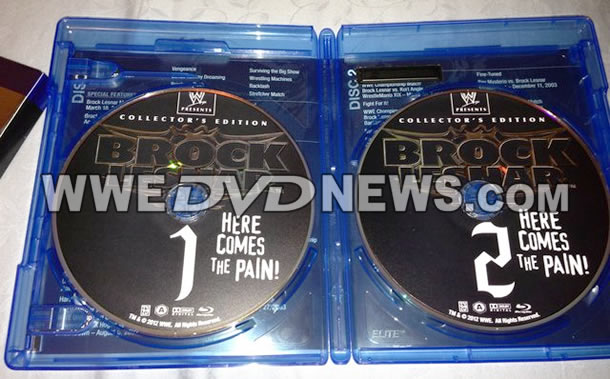 Plus the Blu-ray edition is packed with an hour and 42 minutes of additional footage including: 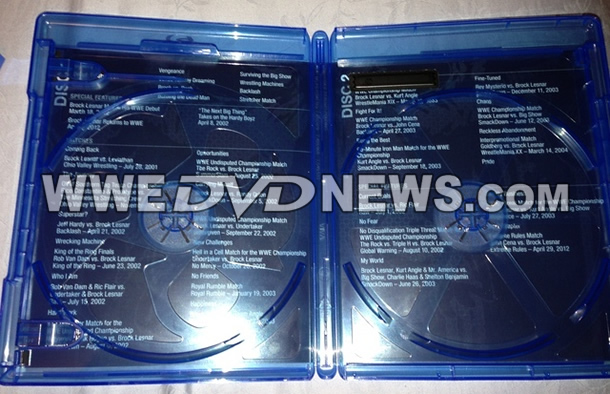 Huge thanks to WWEDVDNews reader Sunny Gupta for the photos.

– The DVD and Blu-ray versions are also available this month for fans in the UK and Europe via Silvervision.co.uk, and next month for Australia fans at: WWEDVD.com.au.