After seeing some discussion on WWEDVDNews lately about how many of the out of production WWF DVDs people have in their collections, I thought I’d share some quick photos of the complete collection.

These are the Silver Vision editions, in addition to the titles that were not released in the UK – That Damn Good, Just Bring It (2 Disc) and the MTV Tough Enough DVDs.

As you probably know the later 2002 releases had the WWE logo on the box art but contained WWF references in their content. Everything pictured here was “deleted” following the court battle with the World Wildlife Fund. Silver Vision brought a lot of them back as Tagged Classics re-releases in recent years (surprisingly unedited) which you can view over here. 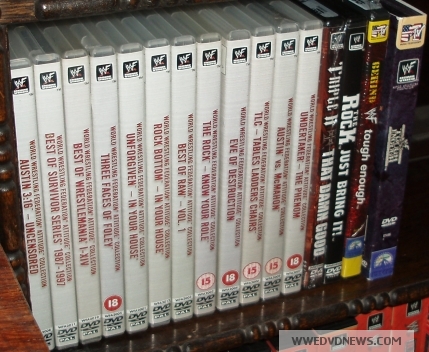 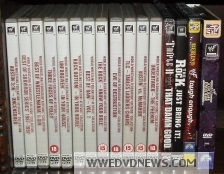