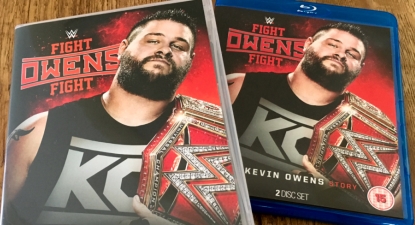 On the Fourth of July the “Face of America” will arrive on WWE Home Video!

The new “Fight Owens Fight – The Kevin Owens Story” DVD, featuring a documentary and extras, is scheduled to hit stores in both the United States and the United Kingdom next week.

And for the first time since WrestleMania we’ll also be treated to a Blu-ray edition too.

In the latest WrestlingDVDNetwork.com exclusive, today we reveal a knock-out sneak peek at the anticipated release in the form of the very first set of photos of the finished DVD/Blu-ray products and an extended preview of the 1 hour documentary main feature:

SEE IT ALL: Watch the full documentary on the KO DVD here on Amazon.com or the Blu-ray here 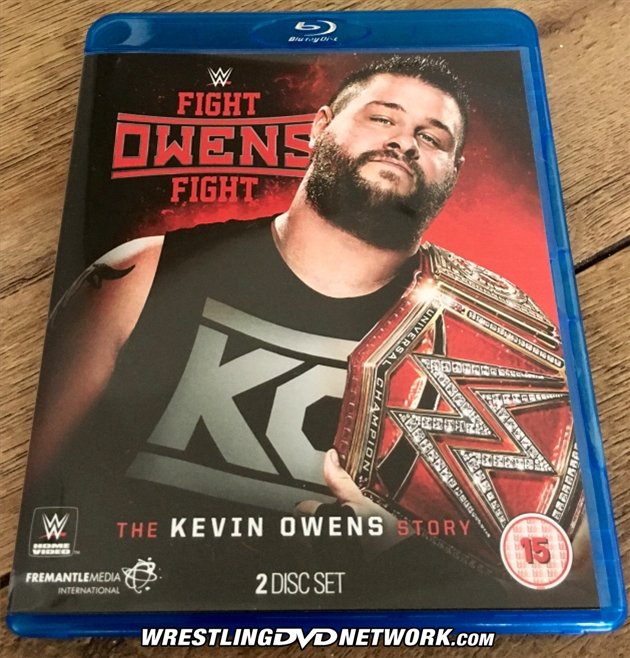 “Fight Owens Fight – The Kevin Owens Story” will present over 8 hours of content on Blu-ray: the documentary portion (packed with ROH footage), several more stories by way of “deleted scenes”, a collection of Owens’ best matches and moments to date, and more goodies.

We recently gave a list of former ROH stars that show up as interviewees in the biography and we now can now confirm a few more personalities joining them. These include: Terry Steen (father), Neil Felzenstein (Beef Wellington), Triple H, William Regal, and John Cena.

A “First Look” at the documentary will be added to the WWE Network this Thursday.

This week we’re hands-on the UK versions of the Kevin Owens DVD and Blu-ray, pictured above and below, which will be officially released before anywhere else on July 3rd — 1 week today! 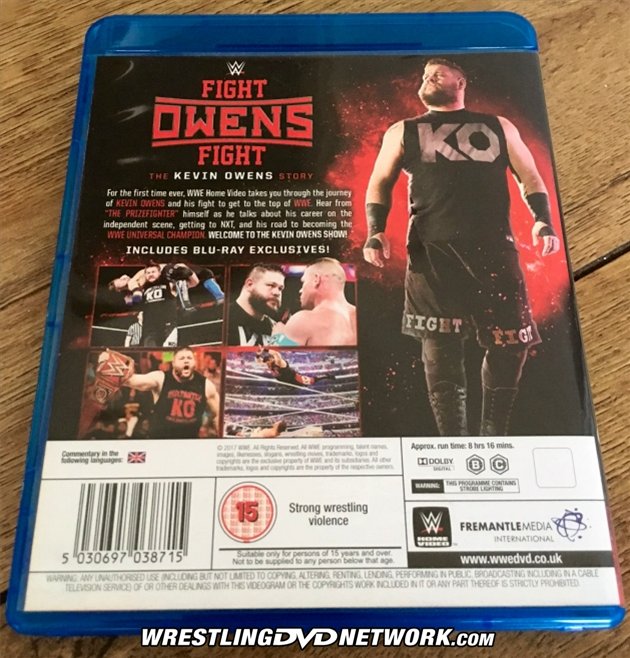 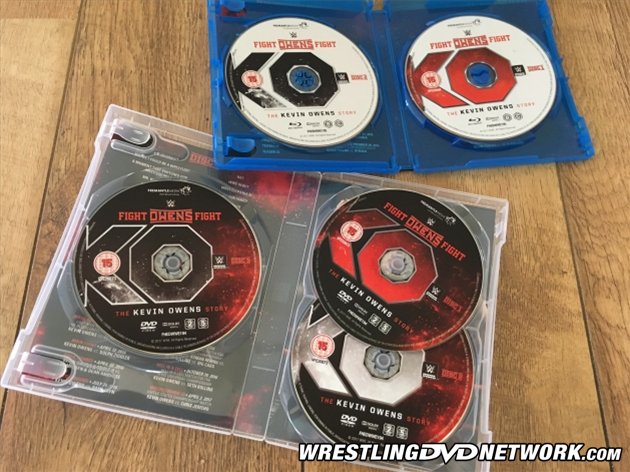 An additional 1 hour and 20 minutes of exclusive content is set to feature on the Blu-ray. 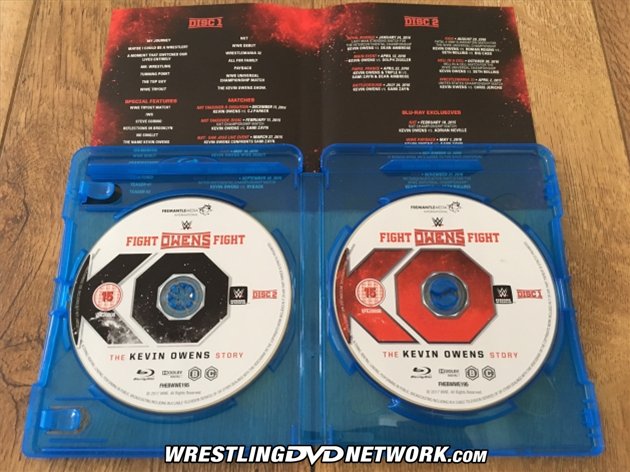 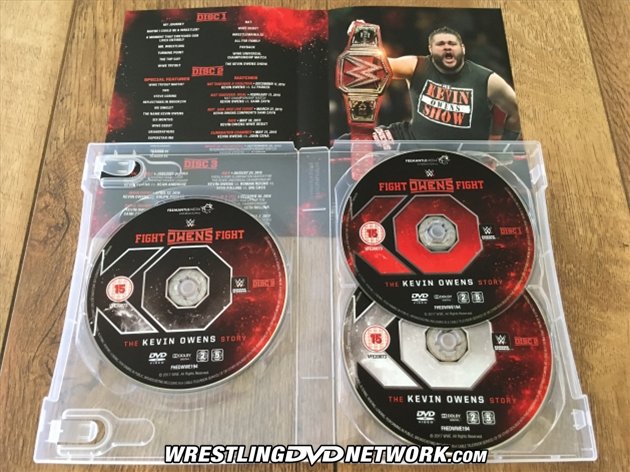 – UK/Europe: Next Monday! Get the Kevin Owens DVD (or Blu-ray) now via Amazon.co.uk.

– USA: Next Tuesday! Get the “Fight Owens Fight” DVD (or Blu-ray) here on Amazon.com. 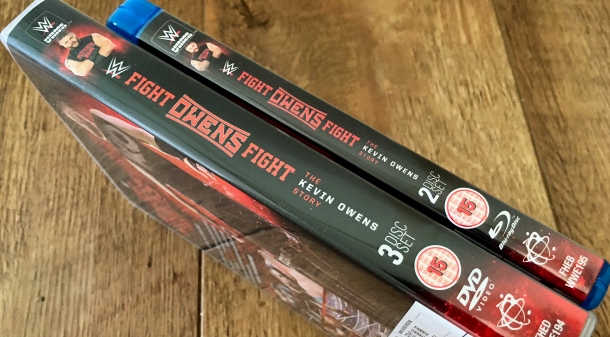