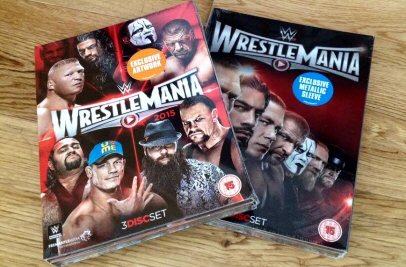 The release of the WrestleMania 31 DVD/Blu-ray to the UK and Europe comes 2 weeks today – and this year fans across the pond will be treated to a world exclusive, alternate cover!

We’ve got our hands on a copy, so let’s show off some first look photos…

This world exclusive, alternate artwork has been created specifically by WWE for Sainsbury’s stores in the UK. It’s a limited edition with 4,000 copies slated to be made available.

You will only find it on sale in those stores and it’s only available on DVD format. 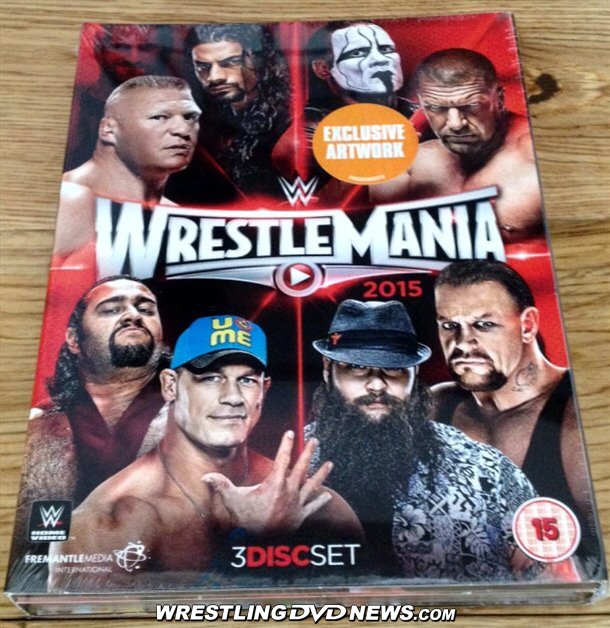 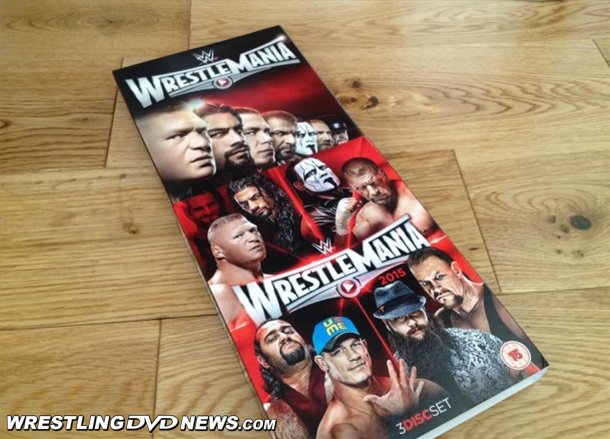 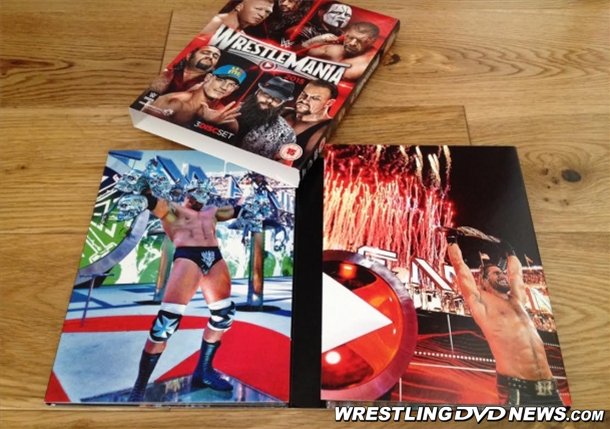 The exclusive artwork is featured on the slipcover/sleeve as shown in the photos above.

Unlike the recently released US version WrestleMania 31 DVD, the UK’s has a paper insert detailing the content of each disc, rather than listing the content on the discs themselves. 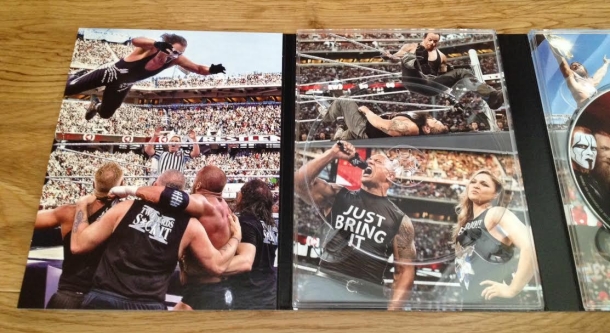 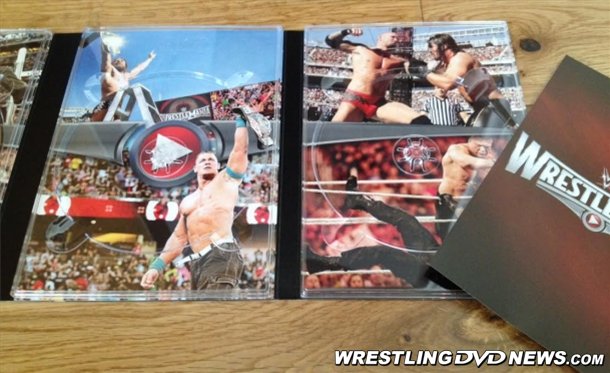 The UK will be getting another store exclusive too. ASDA will be offering the WrestleMania 31 DVD with a shiny, metallic style front and back cover, and an embossed logo.

This one will also be a limited edition run with 3,000 copies slated to be made available.

You will only find it on sale in those stores and it’s only available on DVD format. 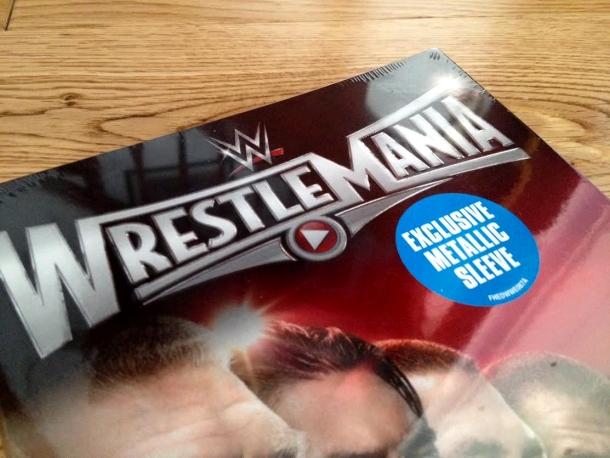 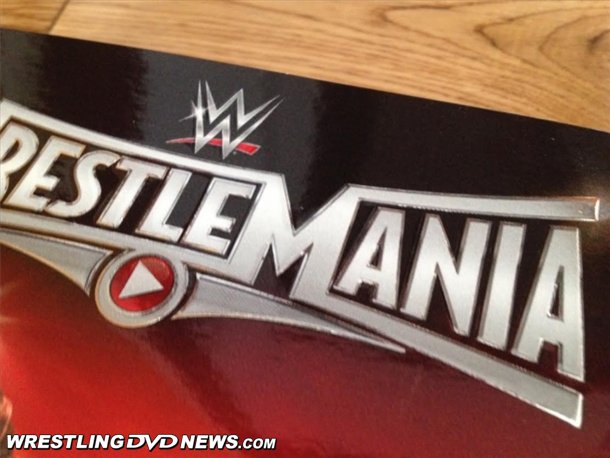 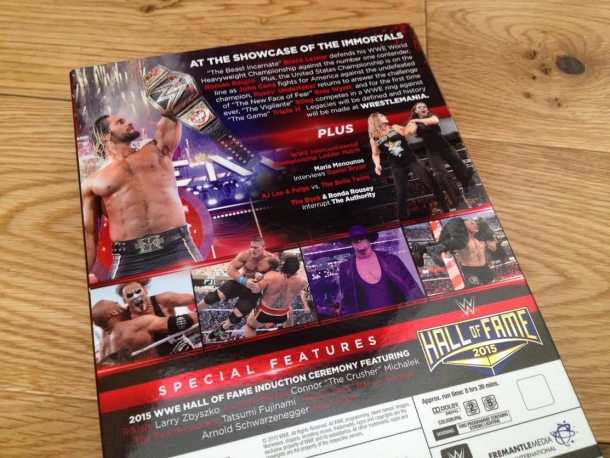 Aside from each of their cover variants, the inside packaging is of course the same.

As for the disc content, the WrestleMania 31 DVD packs in over 8 hours and 30 minutes of footage – the full WM31 event (including the Kickoff Show matches), the entire Hall of Fame 2015 Induction Ceremony, and a handful of additional segments on top.

Fans in the UK can find the store exclusives at Sainsburys and ASDA in just 2 weeks! 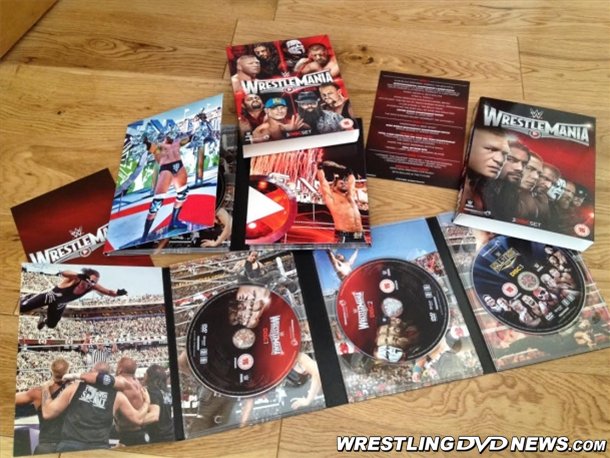 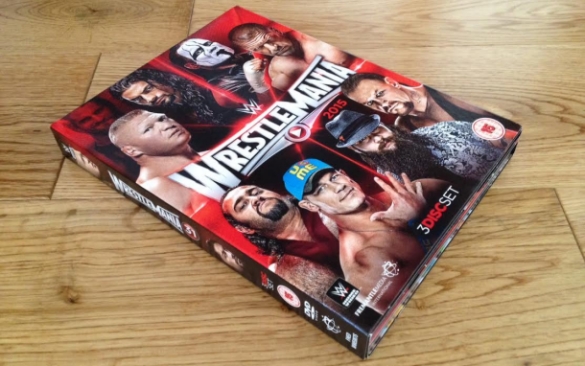