Just under two weeks before it is officially released, here at WrestlingDVDNetwork.com we have some first look photos of the DVD version of – “The Monday Night War Vol. 2: Know Your Role” – courtesy of WDN reader @JayJayRock206. 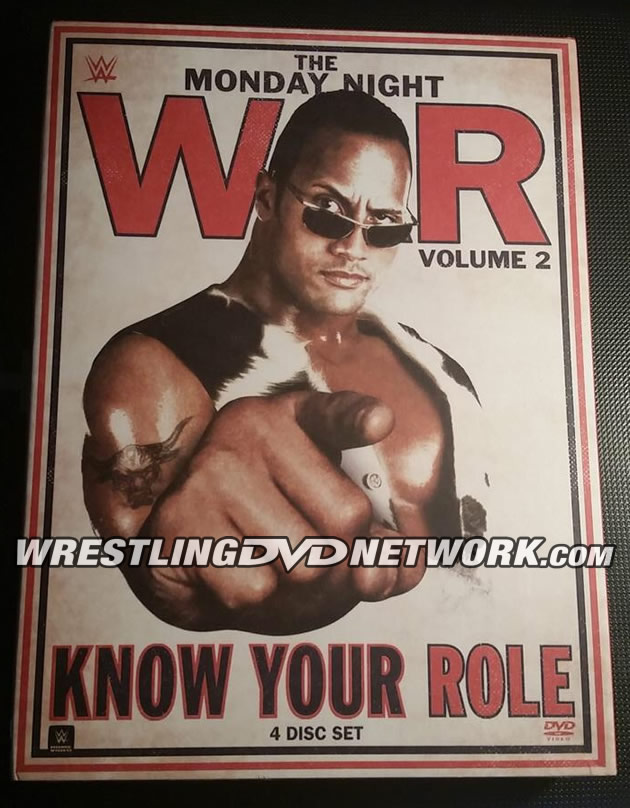 “The Monday Night War Vol. 2 – Know Your Role” collects together the final 10 episodes of the WWE Network original series. The 10 episodes featured cover a number of different topics from Celebrity involvement, to Divas, to ECW, The Rock and of course the demise of World Championship Wrestling. Similar to Volume 1 each episode will be bookended with post episode analysis, this time with former WCW Executive, Eric Bischoff! 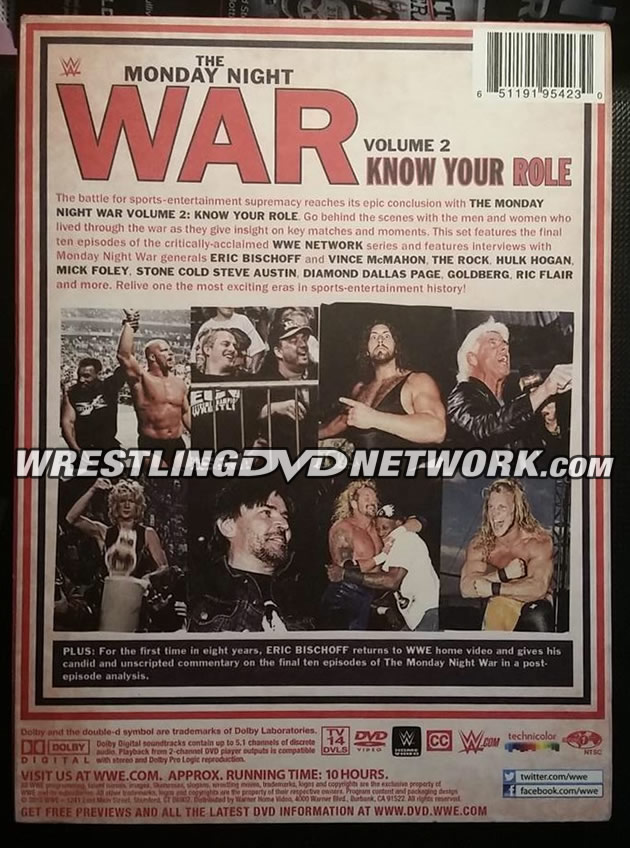 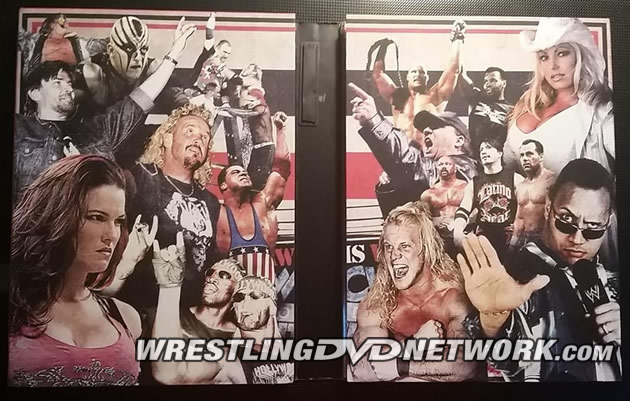 In this 20-episode documentary series, WWE chronicles the Monday Night War with WCW. In Volume 2, see WWE return to prominence by snapping WCW’s 84-week winning streak, as well as the rise of Chris Jericho, Sable and of course, The Rock.

Plus, hear about backstage politics on both sides, and all the events leading to WWE’s victory and the fall of WCW. This volume will cover the final ten episodes in this documentary, along with matches and moments from that era! 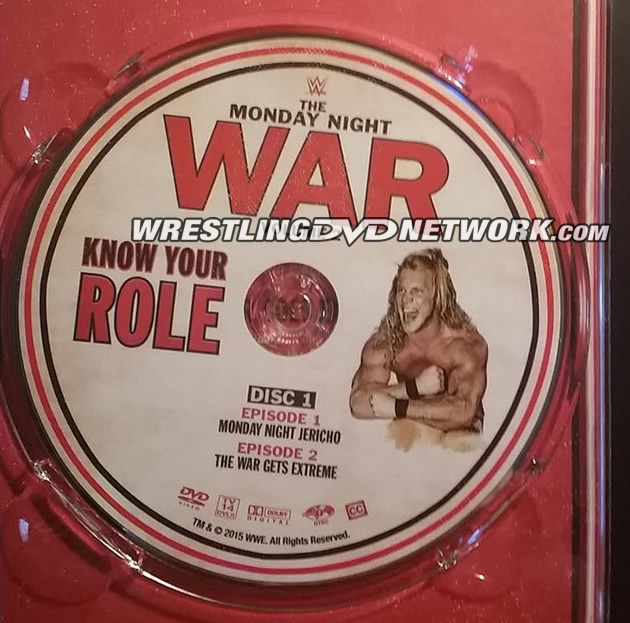 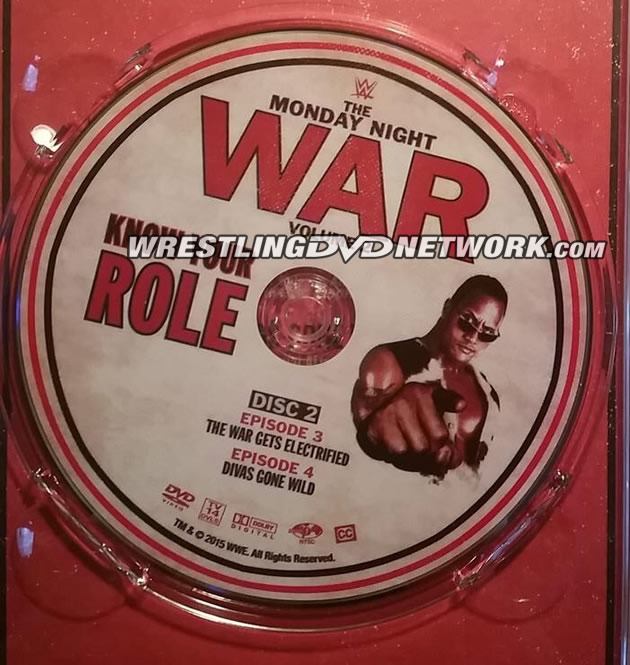 The DVD version of Monday Night War Vol. 2 – Know Your Role has a runtime of 9 hours, 51 minutes across the four discs. Below is the runtimes of the each Blu-ray disc and exclusives.

You can check out the full content planned for Monday Night War Vol. 2 by clicking here. 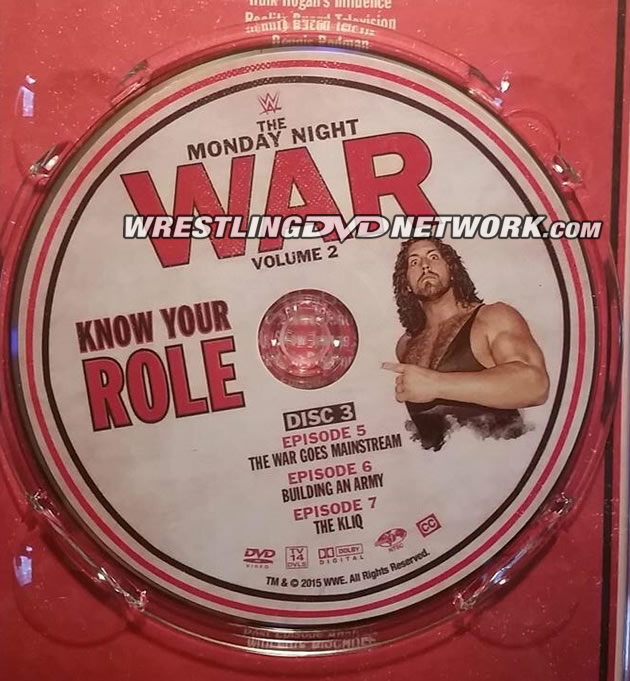 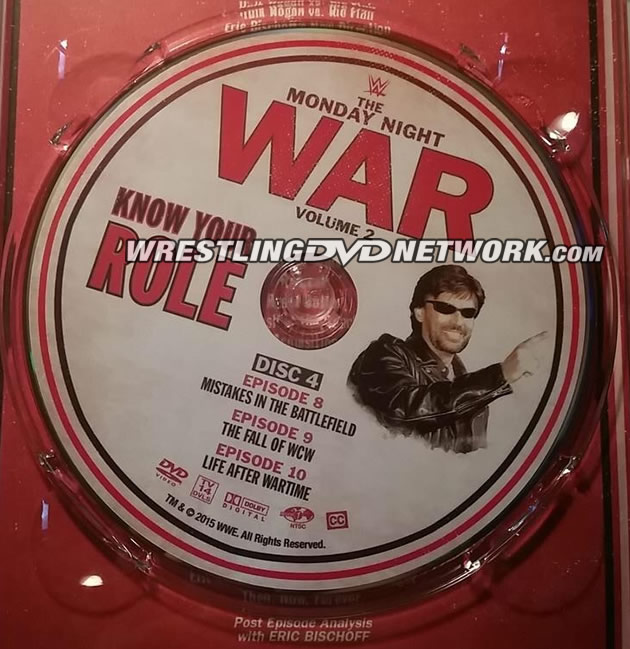