Photos: The Only (Original) WCW DVD Ever Made? Rare 2000 Release!

You wouldn’t be wrong in thinking there were no official WCW DVDs released back in the day by the company in the USA, but WWEDVDNews reader Jon Christopher has shared pics with us of a legit WCW DVD that was produced and sold in Japan.

Millionaires Club vs. New Blood is the title in question, and is supposedly the only WCW DVD to ever be released while they were still in business. It was brought out in the year 2000 to the Japanese market, covering WCW moments from the formation of the nWo in 1996 up to the end of 2000. 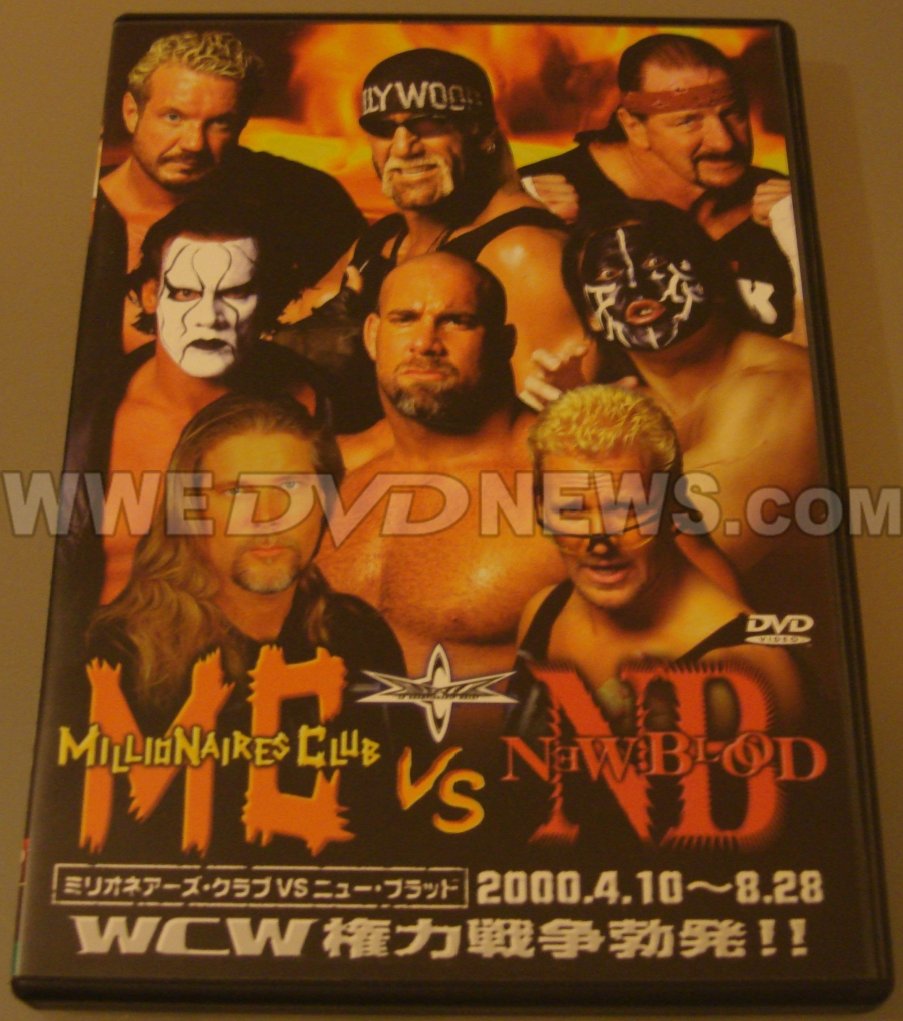 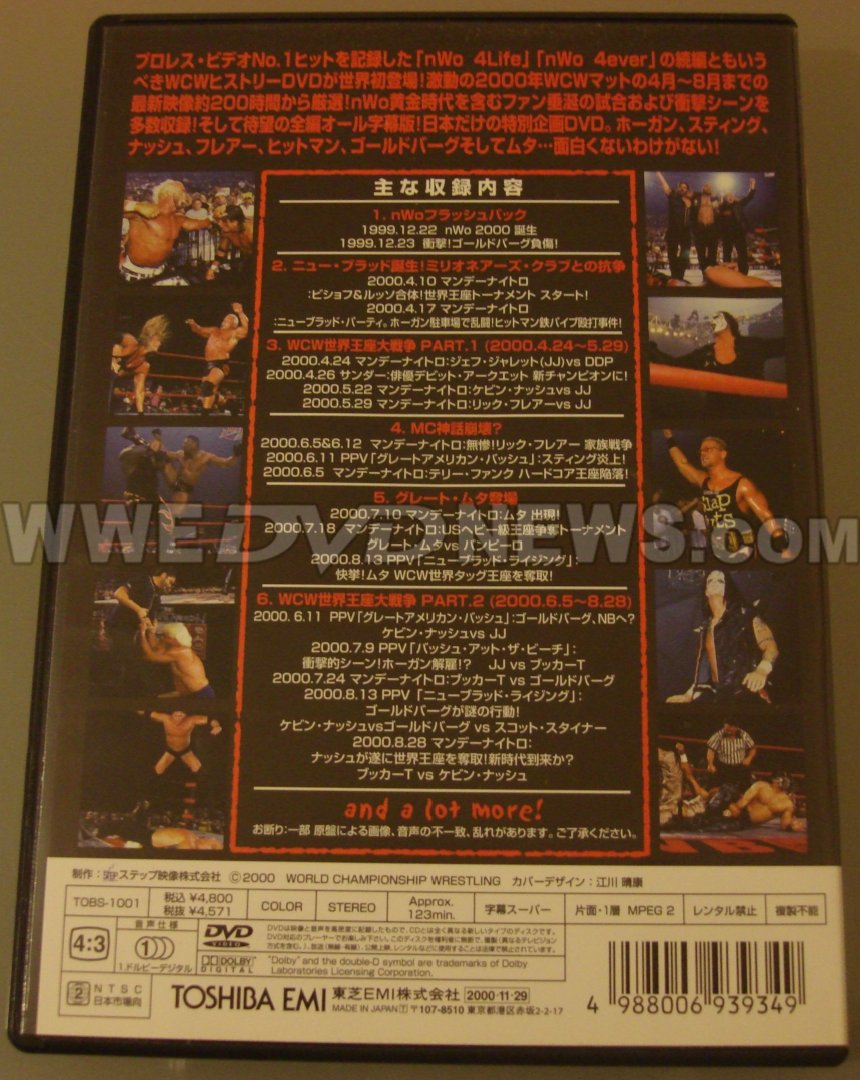 Jon, who’s owns the DVD pictured, had the following to say about the content…

“I’ll tell you a bit more about the contents. 123 minutes long. It’s all clipped matches and angles, mainly from 2000. The audio is all in English with the original commentary, but does have Japanese subtitles. Most of it is about the New Blood vs. Millionaires Club feud.

Starts off with the formation of the NWO in 1996, a few clips, then jumps forward to 1999 with Hall, Nash, & Jarrett assisting Bret Hart. Now we see Goldberg getting injured by punching out the windows of a limo, and later his return and heel turn.

Next, Vince Russo’s speech announcing the ‘new’ WCW. The David Arquette saga with him winning the belt and clips from that cage match, including Kanyon taking a ridiculous bump off the top of the cage. Ric Flair’s feud with Russo and getting his head shaved. The Great Muta’s return and alliance with Vampiro’s gang. Hogan’s feud with Kidman. Jeff Jarrett laying down for Hogan and Russo’s subsequent verbal bashing of Hogan (that was good!).

Booker T winning the belt for the first time is shown on here. Goldberg shouts “F**k you!” in Russo’s face after walking out of a 3-way match. The DVD ends with the build up to a match between Scott Steiner and Goldberg. Just the build up, no match so I was a bit disappointed in that.

It gets confusing with all the turns and it’s difficult to work out who is a face, who is a heel, who is aligned with who, and just what the hell is actually going on. Just sums up Russo’s WCW in 2000 really. It’s a decent DVD despite WCW being in a serious decline at the time. I missed a lot of this stuff back then, and I found it very interesting watching years later.”

If you’re lucky enough to ever find this on eBay.com, we say grab it! 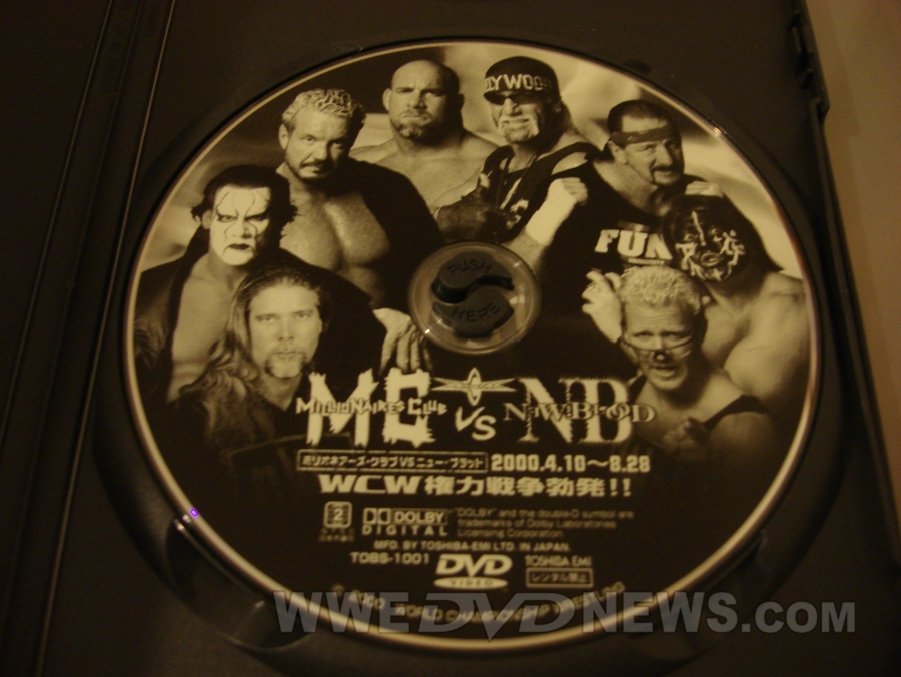 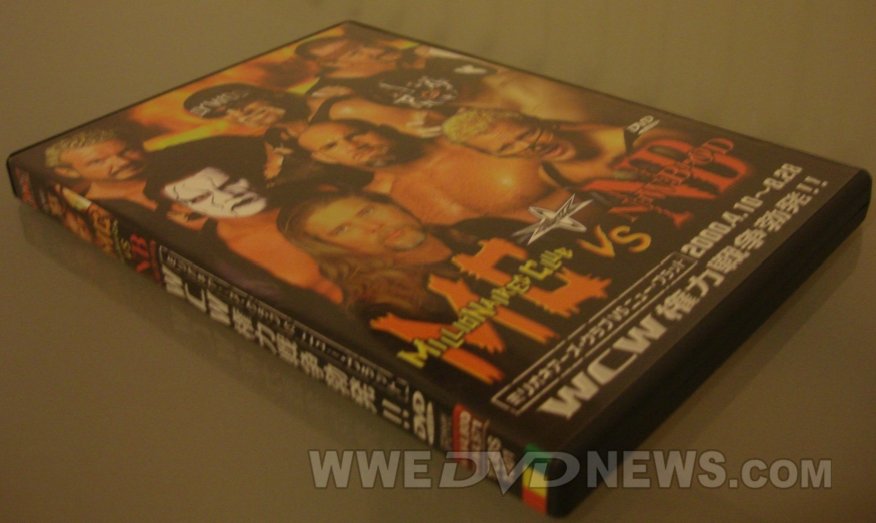