The Greatest Moments. Surprises. Milestones. And First Times. All in One Place.

Four WWE Network documentaries have arrived on Home Video today with the release of the new “WWE 24 – The Best of 2018” collection! 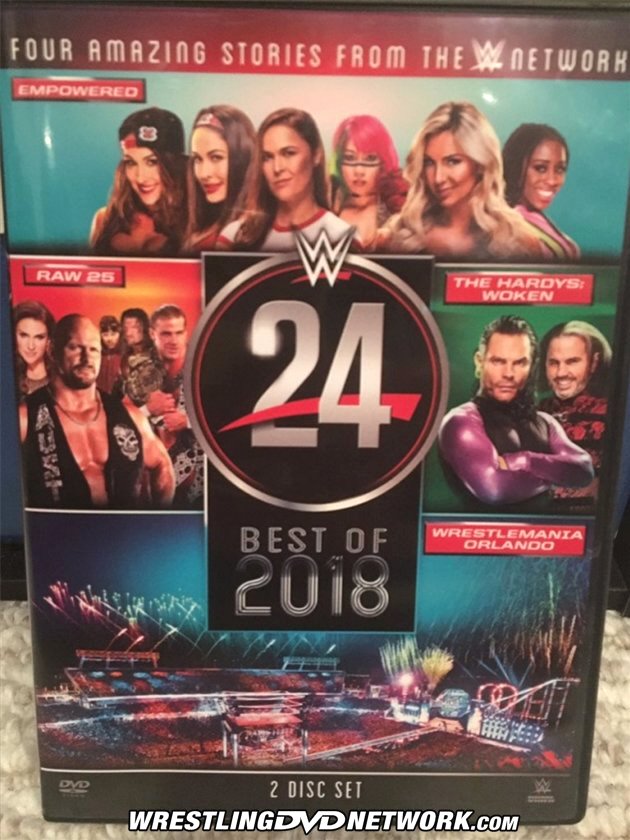 On the official release day WrestlingDVDNetwork.com is here to give you a first look at the finished product in this new set of photos, with special thanks to Matthew Tremble.

In addition to that each episode has its own set of extras here on DVD. “The Hardys: Woken”, for instance, is accompanied by the Ultimate Deletion Match in full. The Hardy’s return to WWE at WrestleMania is featured here with the inclusion of the Ladder Match for the RAW tag team titles and so is the McMahon family being confronted by Stone Cold Steve Austin at RAW 25, plus no less than three matches involving the women of WWE.

As is now the norm the U.S. release (pictured here) comes packaged in a slim Amaray style case. Found inside the packaging are the two discs along with a double-sided insert that has artwork for each WWE 24 episode on one side and the full content listing on the other. 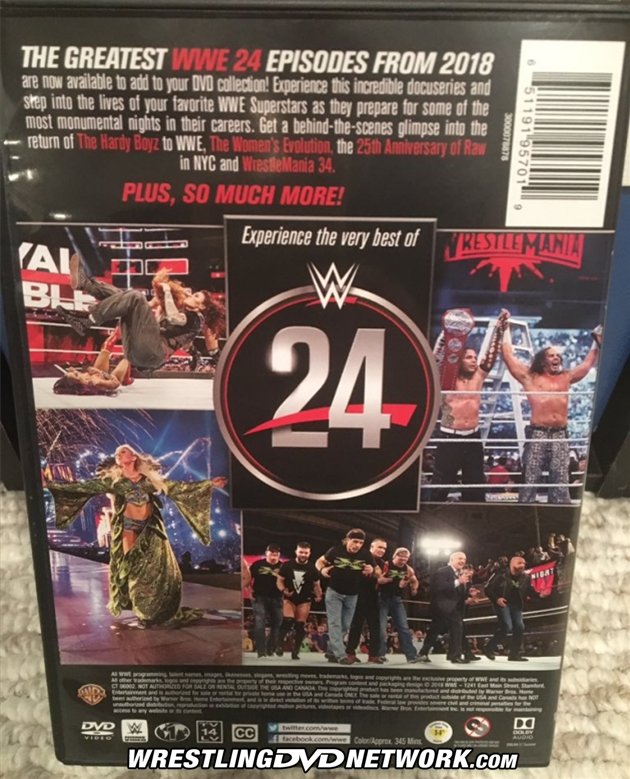 The greatest WWE 24 episodes from 2018 are now available to add to your DVD collection! Experience this incredible docuseries and step into the lives of your favorite WWE Superstars as they prepare for some of the most monumental nights in their careers.

Get a behind-the-scenes glimpse into the return of The Hardy Boyz to WWE, The Women’s Evolution, the 25th Anniversary of RAW in NYC and WrestleMania 33. Plus, so much more! Experience the very best of WWE 24. 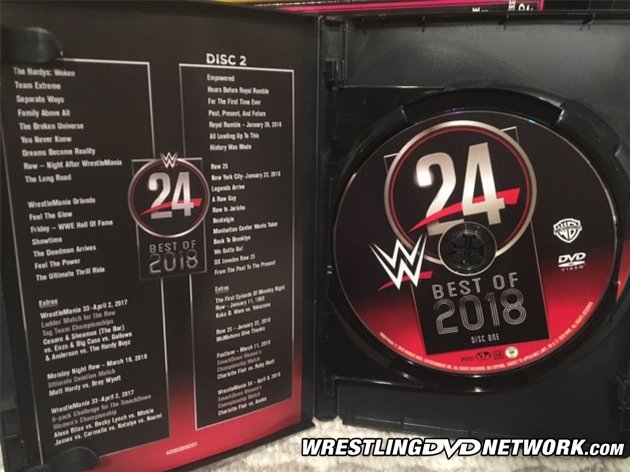 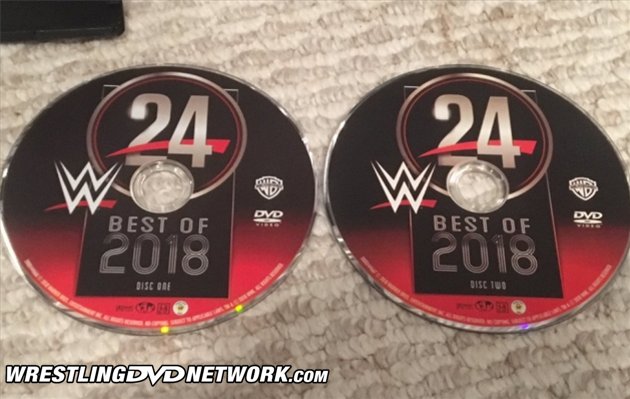 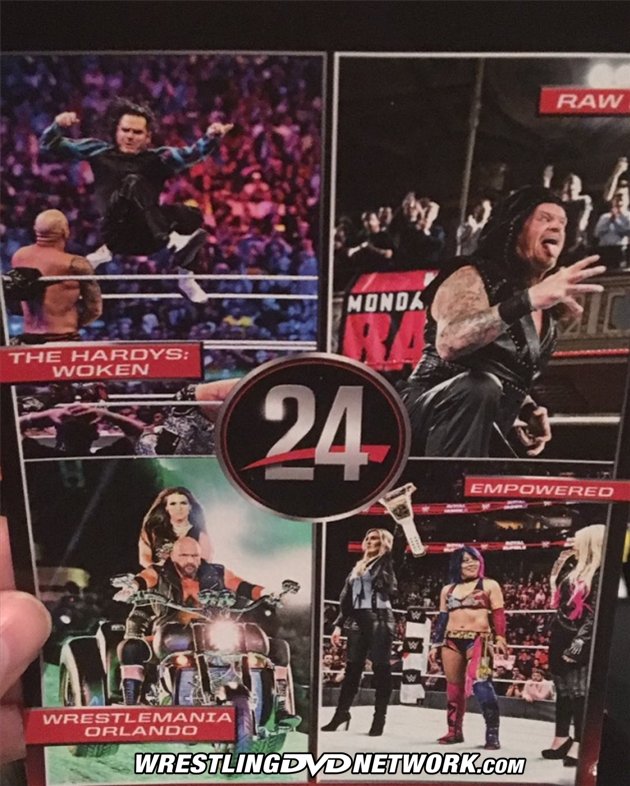 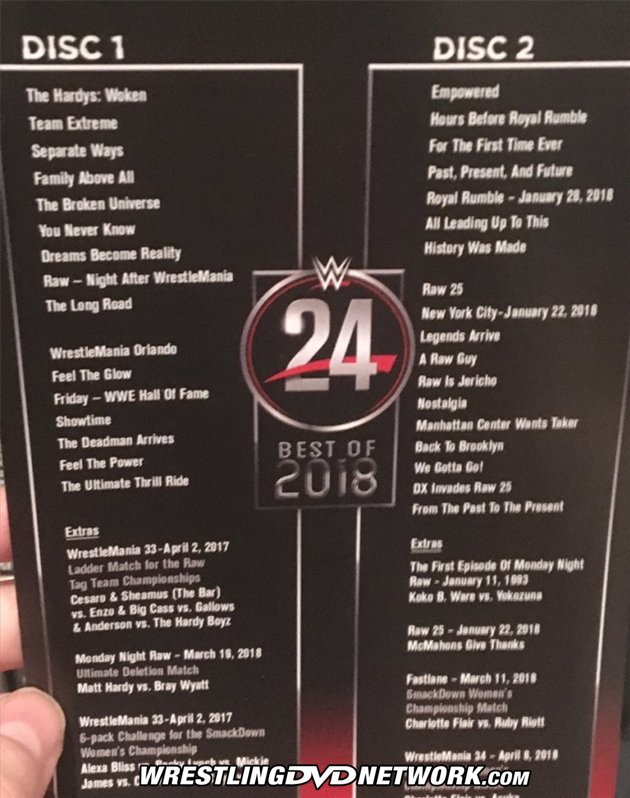 – Australia: February 20th. Pre-orders have been made available at Madman.com.au. 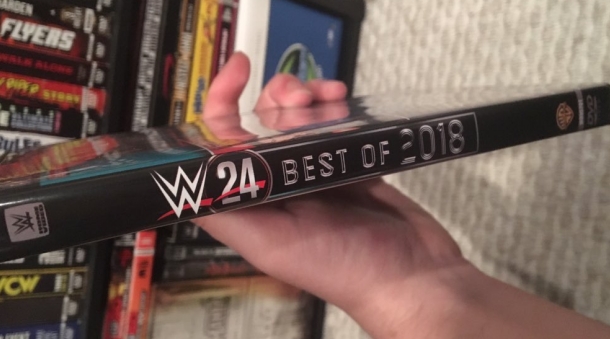