WWEDVDNews.com can now give you a first look at The 50 Greatest Finishing Moves in WWE History (3-DVD) with these exclusive pre-release photos.

Having had the chance to watch through this last week we can confirm the main countdown style feature runs for approximately 2 hours, and has a very similar format to that of Top 50 Superstars of All Time released in 2010.

This one hits stores on August 21st, following to Europe and Australia in September. 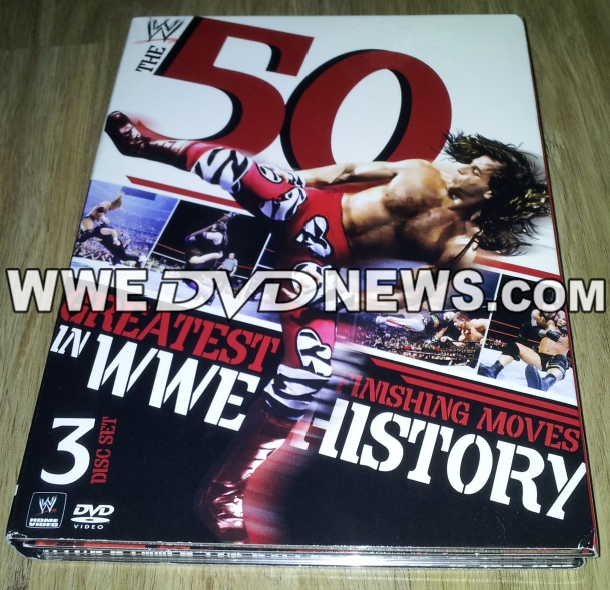 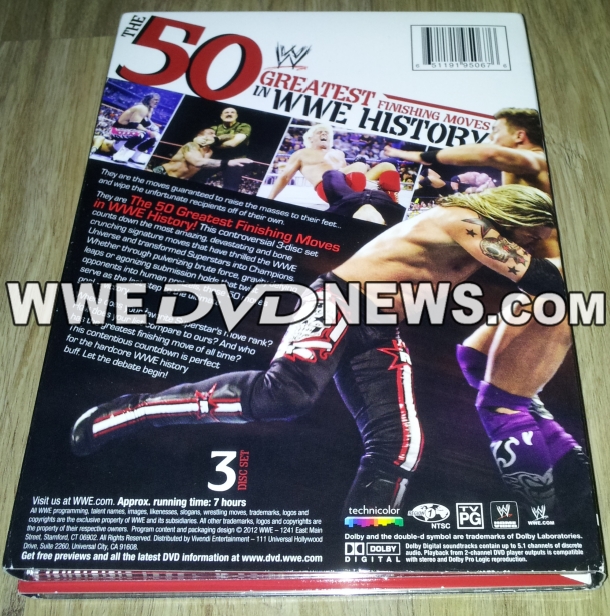 Which moves made the cut, and what is the greatest finishing move in the history of WWE. This 3-Disc DVD is great for the opinionated WWE history buffs who love to debate which Superstar’s moves are the greatest. 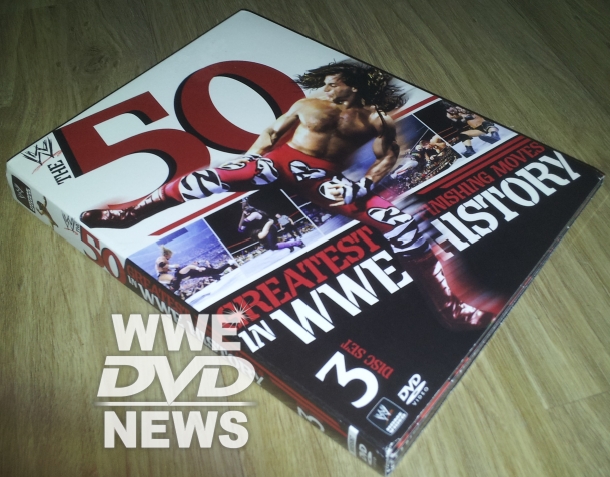