“Batista – The Animal Unleashed” is the major WWE DVD release scheduled for next month, but today we can reveal exclusive photos of the planned artwork!

You can order your copy of this new three-disc DVD set for only $19.54 here on Amazon.com. It contains a 40 minute documentary on Batista and over 20 additional matches. 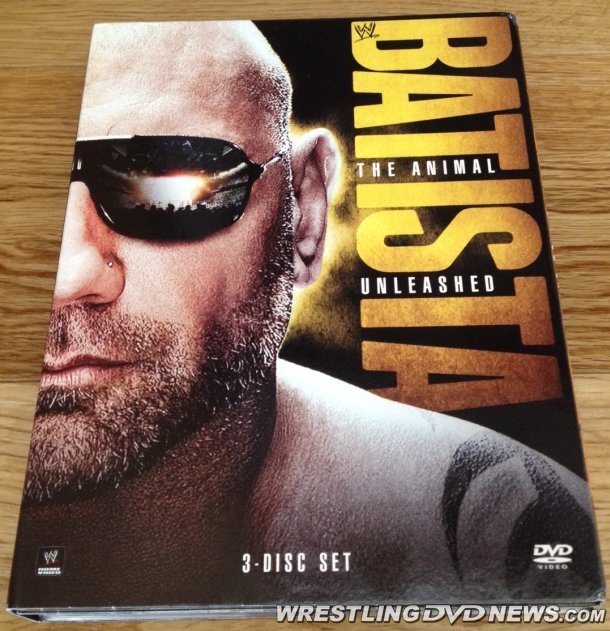 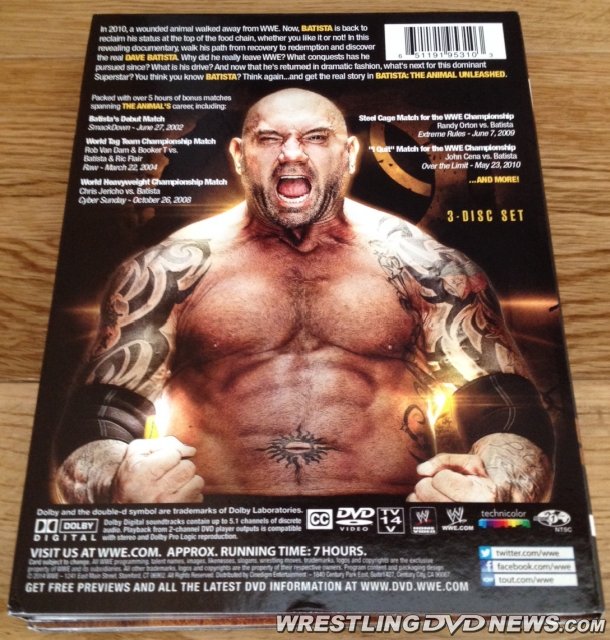 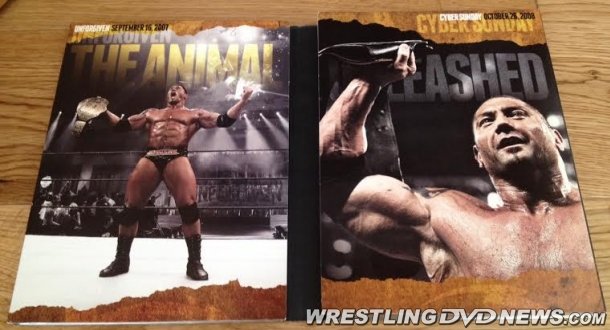 In 2010, a wounded animal walked away from WWE. Now, Batista is back to reclaim his status at the top of the food chain, whether you like it or not!

In this revealing documentary, walk his path from recovery to redemption and discover the real Dave Batista. Why did he really leave WWE? What conquests has he pursued since? What is his drive? And now that he’s returned in dramatic fashion, what’s next for this dominant Superstar? You think you know Batista? Think again… and get the real story in Batista: The Animal Unleashed. 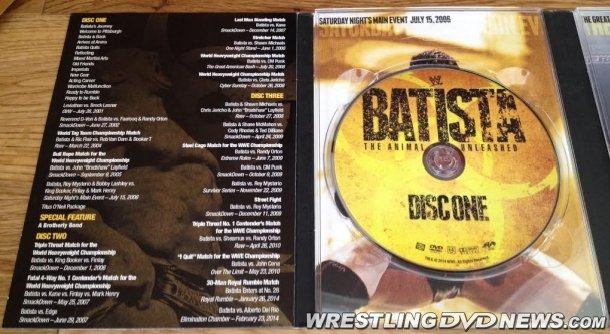 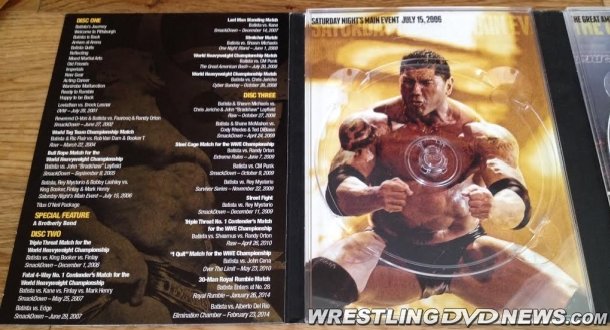 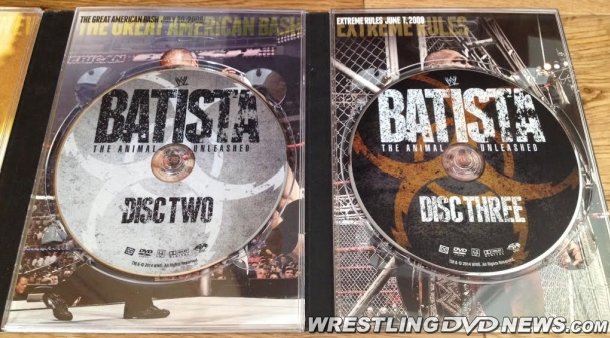 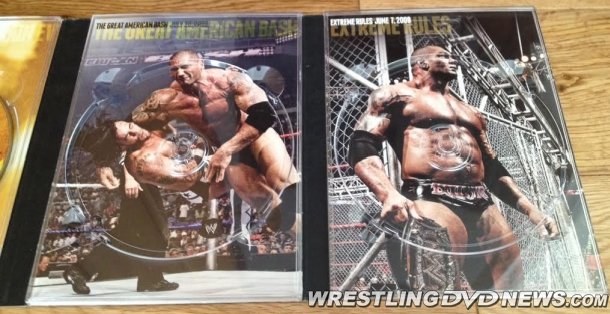 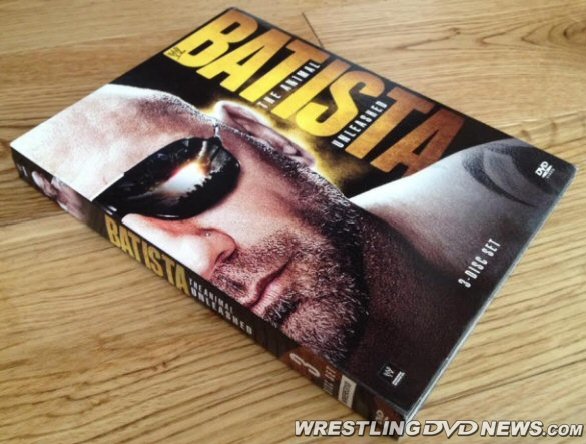