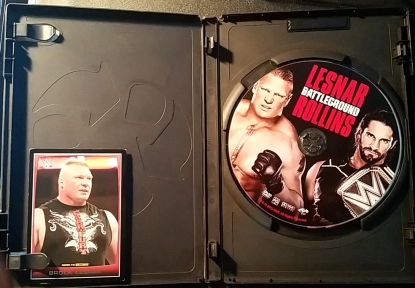 The next WWE DVD has arrived – Battleground 2015 is officially released today to fans across the United States! Get a first look as it hits the shelves with these exclusive pics.

Amazon has the new DVD for only $9.84, in stock now here on Amazon.com.

Battleground was headlined by Kevin Owens vs. John Cena, Brock Lesnar vs. Seth Rollins, and of course (as the DVD’s packaging makes well evident) the return of The Undertaker!

Below are first look photos of the Battleground 2015 DVD and a reminder of the extra features you can expect to find on there, two of which are “Home Video Exclusive” segments. 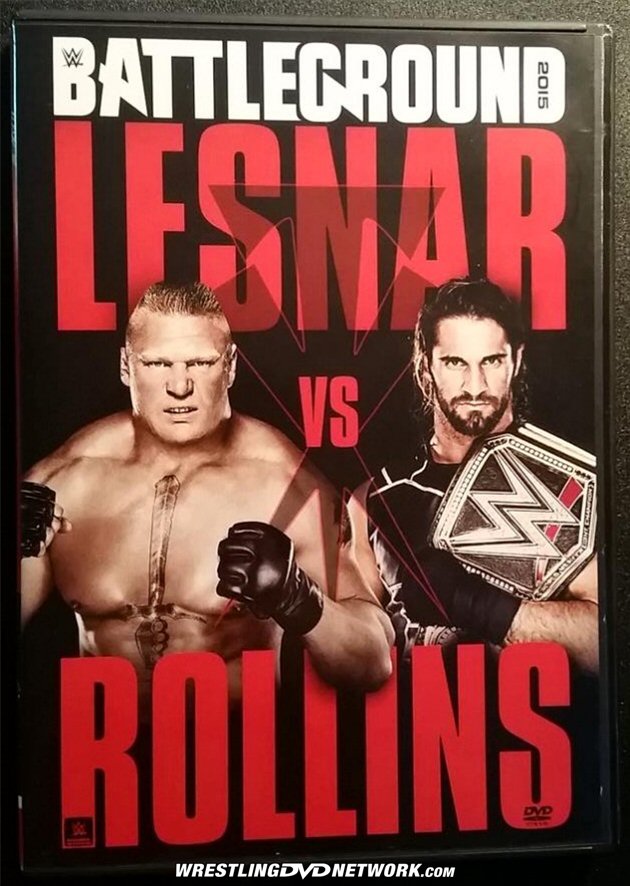 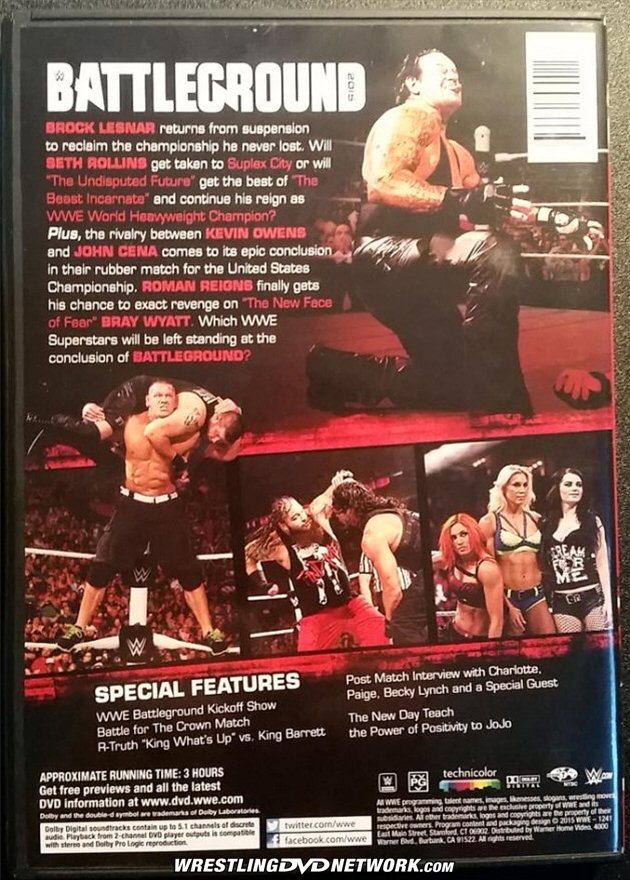 Brock Lesnar returns from suspension to reclaim the championship he never lost. Will Seth Rollins get taken to Suplex City or will “The Undisputed Future” get the best of “The Beast Incarnate” and continue his reign as WWE World Heavyweight Champion?

Plus, the rivalry between Kevin Owens and John Cena comes to its epic conclusion in their rubber match for the United States Championship. Roman Reigns finally gets his chance to exact revenge on “The New Face of Fear” Bray Wyatt. Which WWE Superstars will be left standing at the conclusion of Battleground? 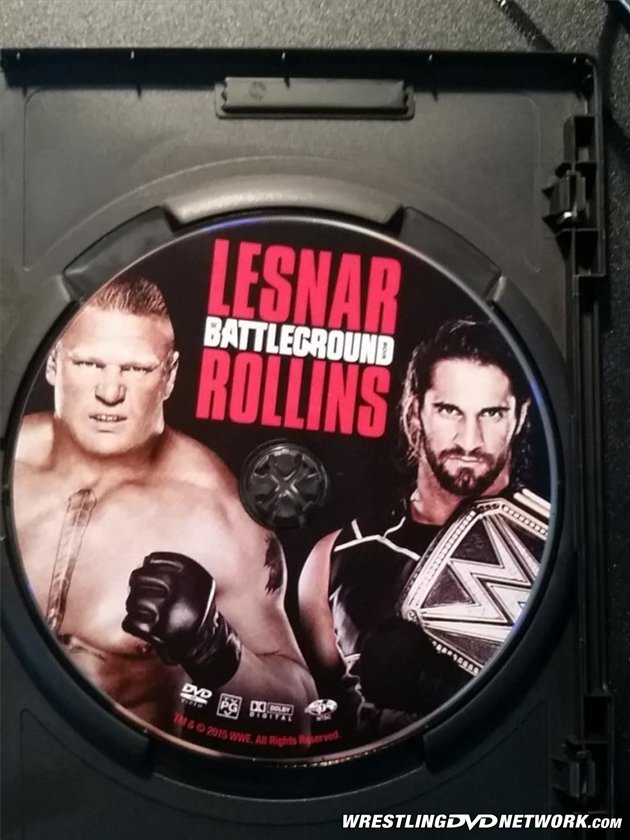 On top of those, 4 more extras will be featured on the UK’s Blu-ray edition. 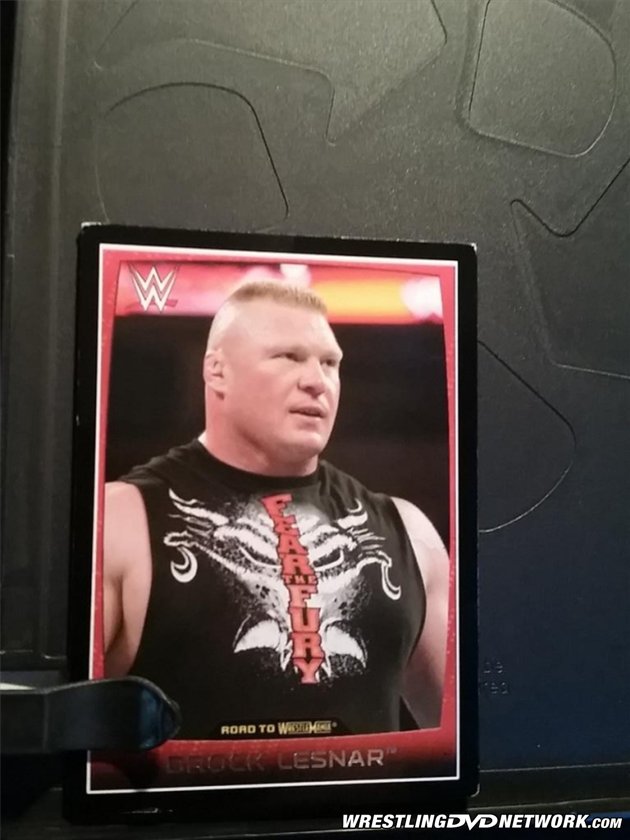 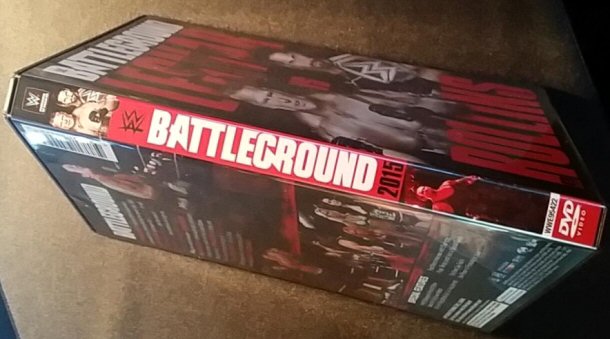