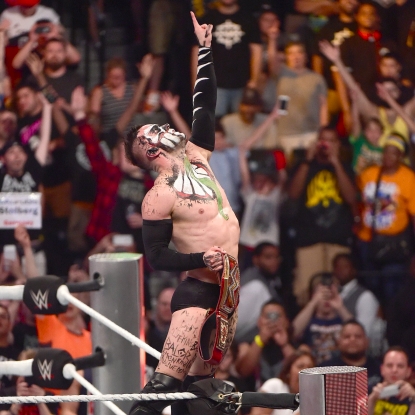 Heads up – last night’s SummerSlam 2016 PPV will be released on DVD to the United States on October 4th. It’s once again expected to be a 2 disc set, like last year’s SummerSlam DVD.

Fans in the UK can grab the SummerSlam 2016 DVD or Blu-ray on October 10th, less than a week after the US release, and if you lock in a pre-order for it with WWEDVD.co.uk before 11:59pm tonight (with promo code “SS16”) you’ll get 15% off either version and FREE delivery.

Speaking of PPVs, the next new WWE DVD is about to hit stores!

Battleground 2016 will release on DVD tomorrow to fans across the United States – add it to your collection by clicking here to Amazon.com. But why wait ’til then? WrestlingDVDNetwork.com can now show off exclusive first look photos of the DVD and a “free gift” found inside… 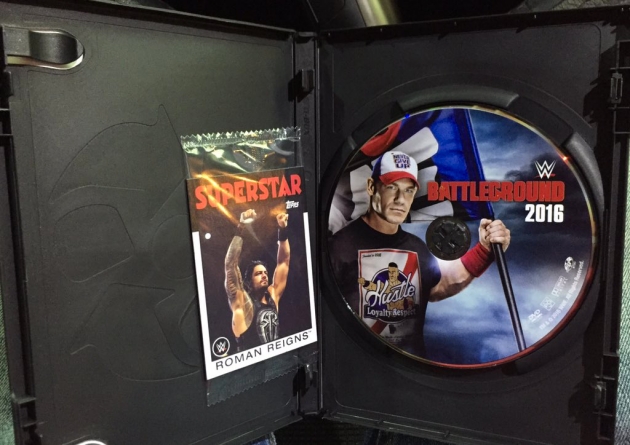 Battleground was headlined by Seth Rollins vs. Roman Reigns vs. Dean Ambrose in a Triple Threat Match for the WWE Championship, another show-stealing encounter between Sami Zayn and Kevin Owens, and the return of Randy Orton ahead of his battle with Brock Lesnar at SummerSlam.

As you can see, the freebie inside this copy of the DVD is a Topps trading card featuring Roman Reigns. Thanks to WDN reader Hasan Mulla out of Bahrain for sharing the pics. 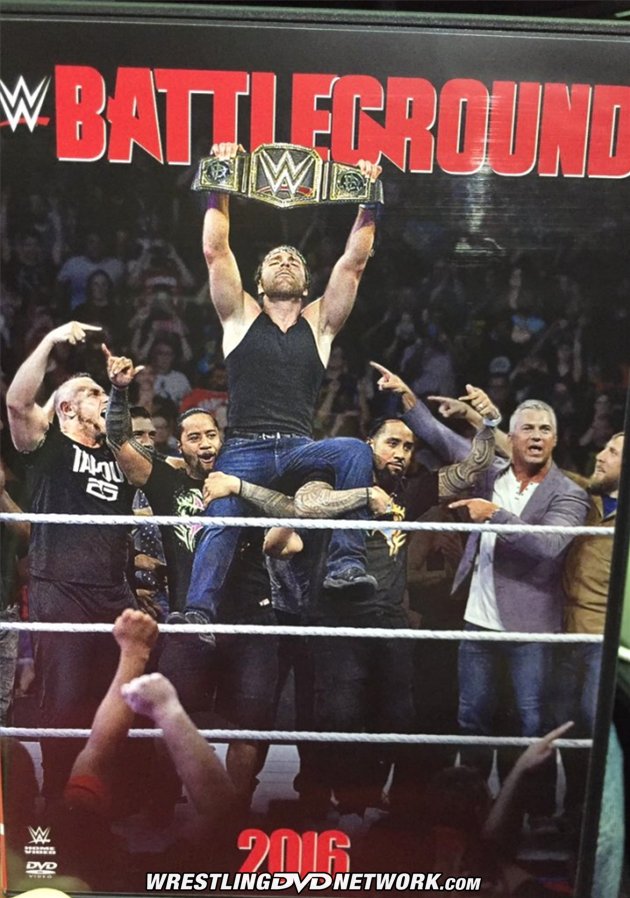 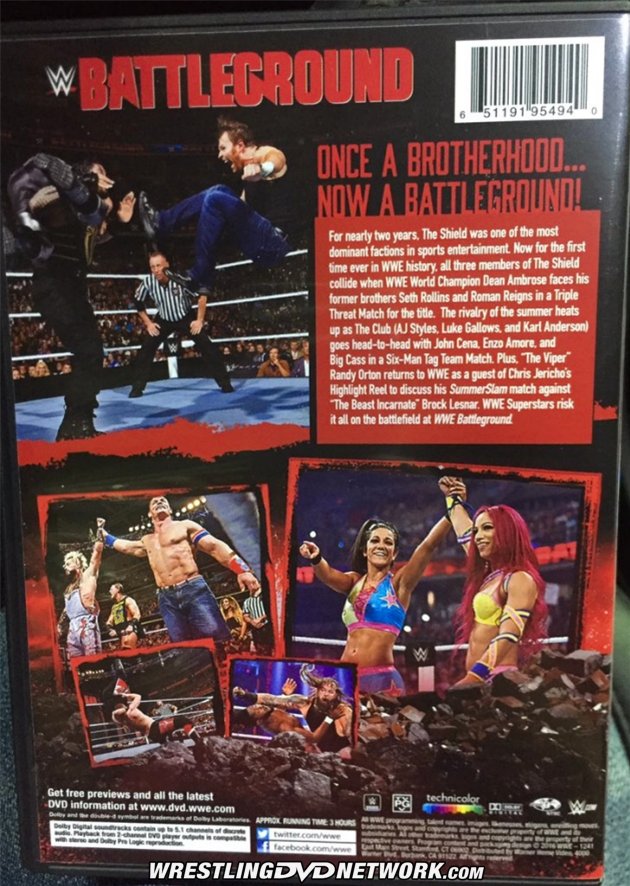 For nearly two years The Shield was one of the most dominant factions in sports entertainment. Now for the first time ever in WWE history, all three members of The Shield collide when WWE World Champion, Dean Ambrose faces his former brothers, Seth Rollins and Roman Reigns, in a Triple Threat Match for the title.

The rivalry of the summer heats up as The Club (AJ Styles, Luke Gallows and Karl Anderson) goes head-to-head with John Cena, Enzo Amore and Big Cass in a Six-Man Tag Team Match. Plus, “The Viper” Randy Orton returns to WWE as a guest of Chris Jericho’s Highlight Reel to discuss his SummerSlam match against “The Beast Incarnate” Brock Lesnar.

WWE Superstars risk it all on the battlefield at WWE Battleground! 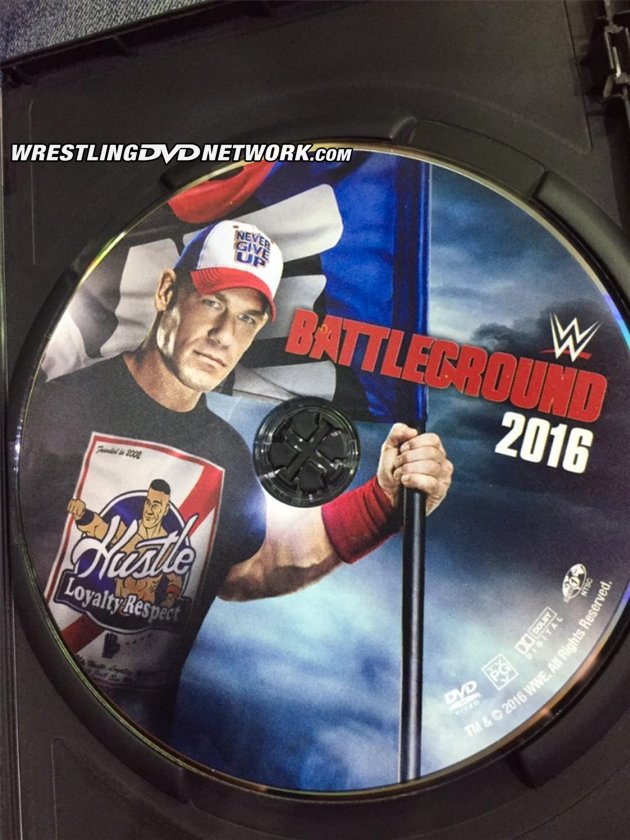 Free trading card aside, following recent trends there will not be any DVD extras featured.

However, 3 special features will make it on to the UK exclusive Blu-ray edition – including the full Dean Ambrose vs. Seth Rollins WWE Championship match from the first SmackDown Live. 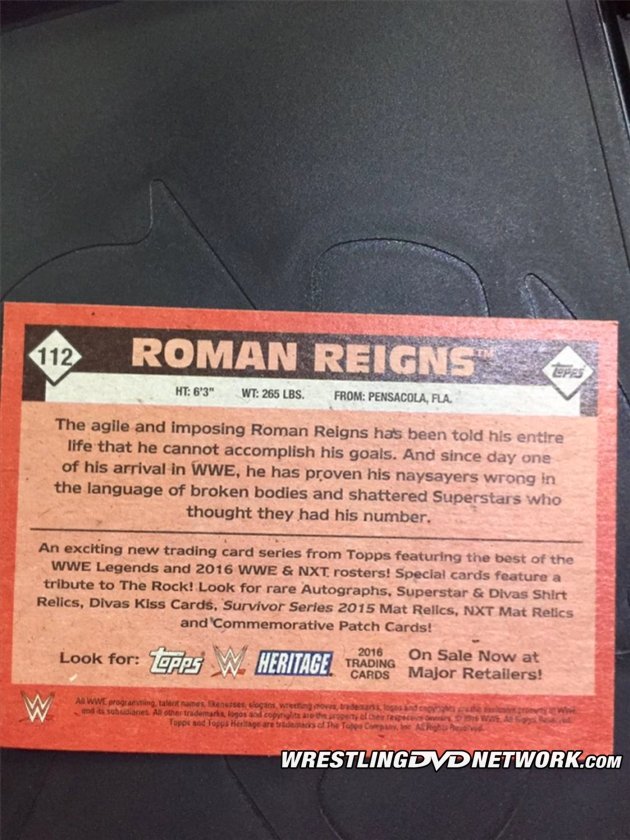 – USA: Tomorrow! Get your hands on the Battleground DVD here on Amazon.com.