WWE Battleground 2013 is released on DVD next week!

Below, check out exclusive first look photos of the full artwork on the DVD. We can also confirm the list of 5 extras you can expect to see on there. You may recall it was previously announced that there would be 6 extras, but one didn’t make it to the final product in the US. 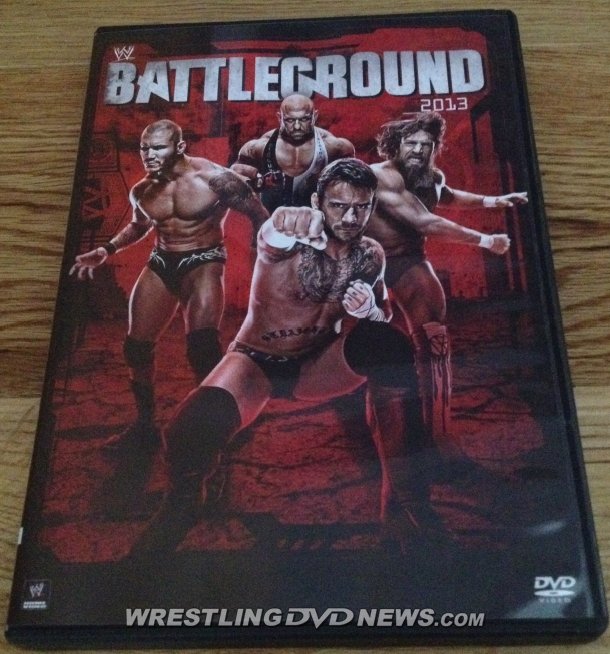 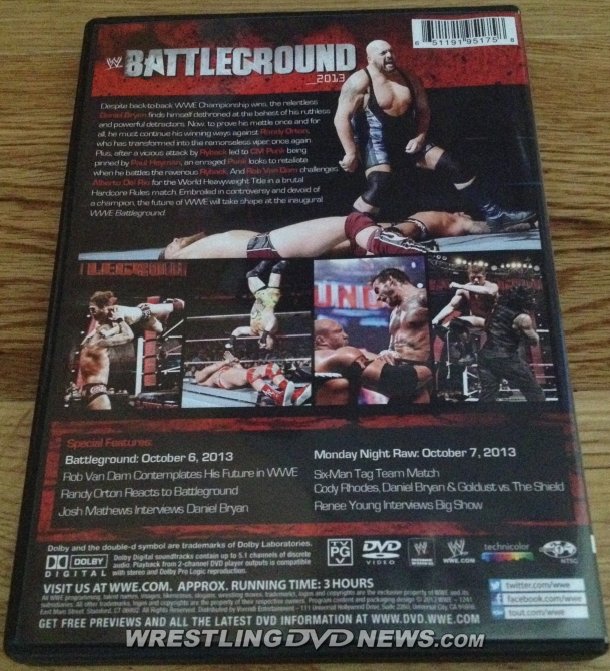 Despite back-to-back WWE Championship wins, the relentless Daniel Bryan finds himself dethroned at the behest of his ruthless and powerful detractors. Now, to prove his mettle once and for all, he must continue his winning ways against Randy Orton, who has transformed into the remorseless viper once again. Plus, after a vicious attack by Ryback led to CM Punk being pinned by Paul Heyman, an enraged Punk looks to retaliate when he battles the ravenous Ryback. And Rob Van Dam challenges Alberto Del Rio for the World Heavyweight Title in a brutal Hardcore Rules match.

Embroiled in controversy and devoid of a champion, the future of WWE will take shape at the inaugural WWE Battleground. 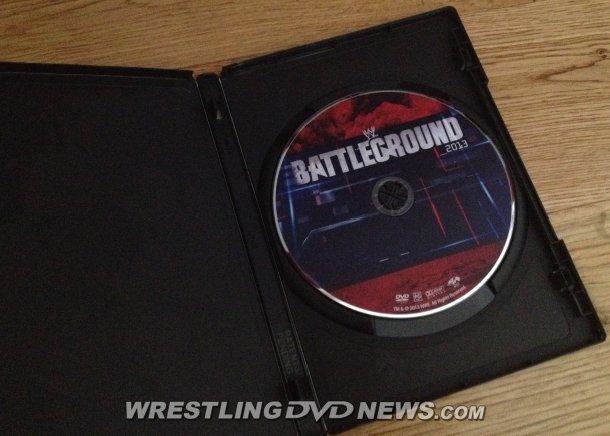 We’ve checked the disc and here are the 5 confirmed extras present on the DVD. 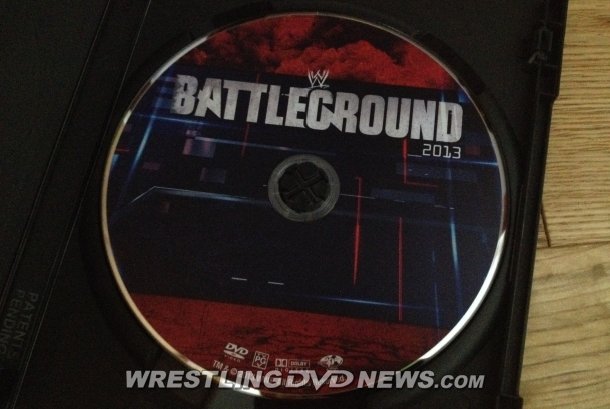 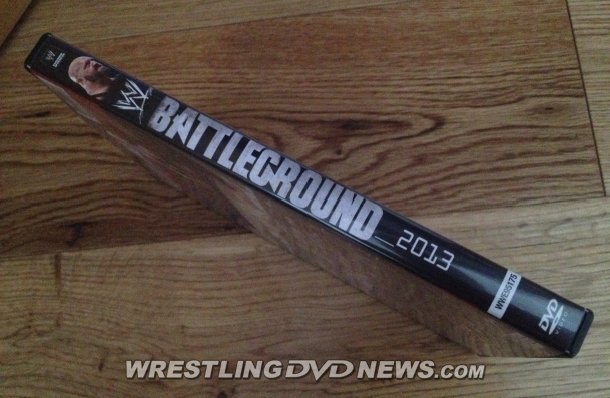 Order your copy of Battleground 2013…