WWE officially released the “Best of NXT TakeOver 2018” last week to fans in the United States ($14.99; Amazon.com), while collectors across the pond will be pleased to hear that the DVD has landed today in the UK and Europe (£16.68; Amazon.co.uk).

Let’s get a first look with these new photos! 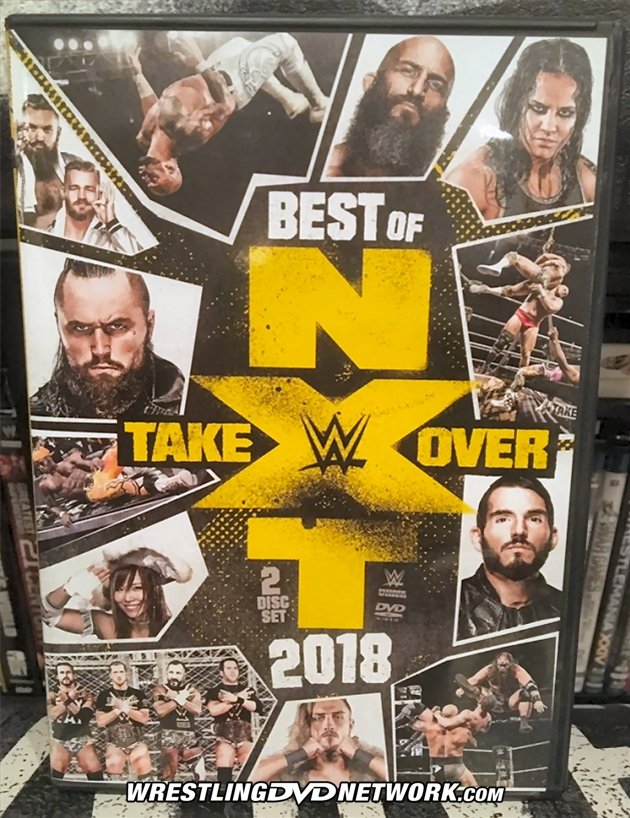 We’re talking an awesome line-up including the likes of: Tommaso Ciampa vs. Johnny Gargano in Chicago, Aleister Black vs. Adam Cole in Philadelphia, Adam Cole vs. Ricochet in Brooklyn, and Undisputed Era vs. Moustache Mountain also in Brooklyn, among other 5-star bouts you’ll remember from TakeOver specials. Speaking of Undisputed Era, they are your hosts of the feature.

Once again the packaging style is a slimline case for the latest WWE DVD offering. The domestic Region 1 release includes a paper insert which is double-sided and lists the full content of the discs.

Thanks for the pics, WDN reader Matthew Tremble! 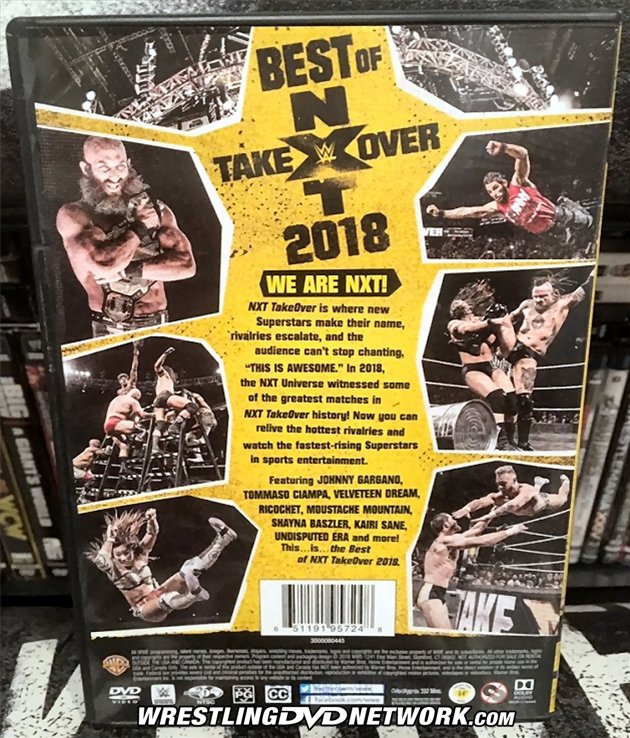 We are NXT! NXT TakeOver is where new Superstars make their name, rivalries escalate, and the audience can’t stop chanting, “THIS IS AWESOME.”

In 2018, the NXT universe witnessed some of the greatest matches in NXT TakeOver history! Now you can relive the hottest rivalries and watch the fastest-rising Superstars in sports entertainment. 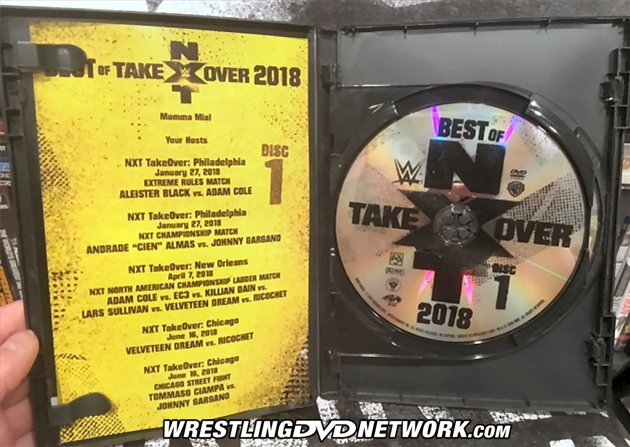 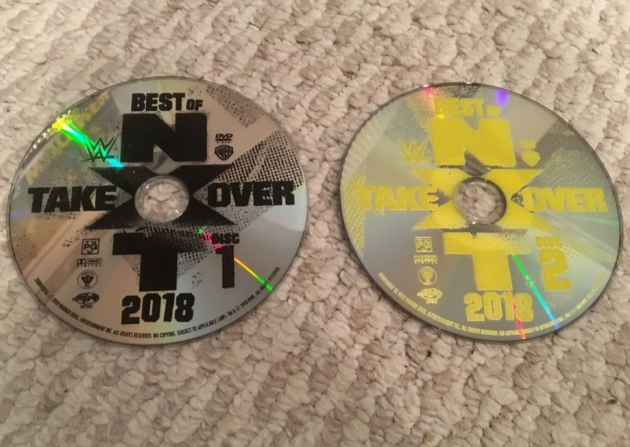 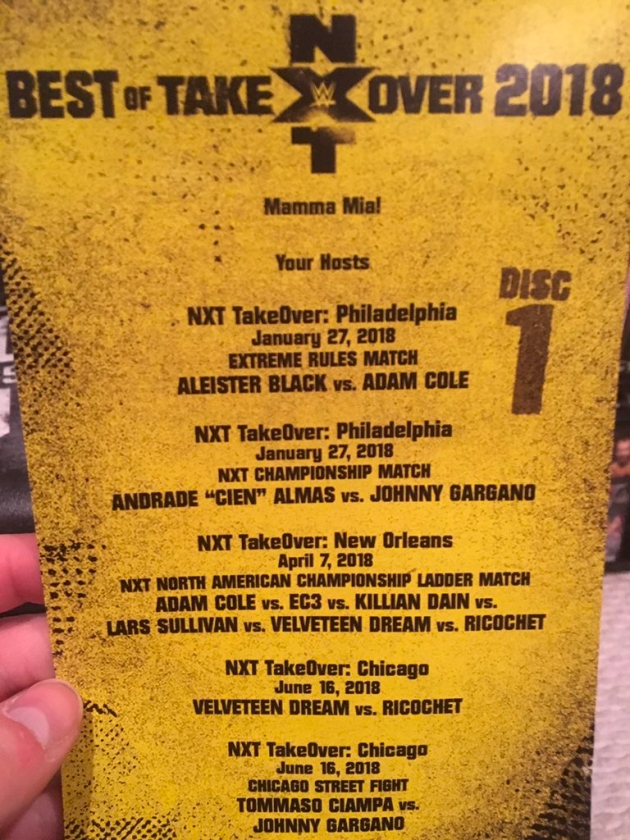 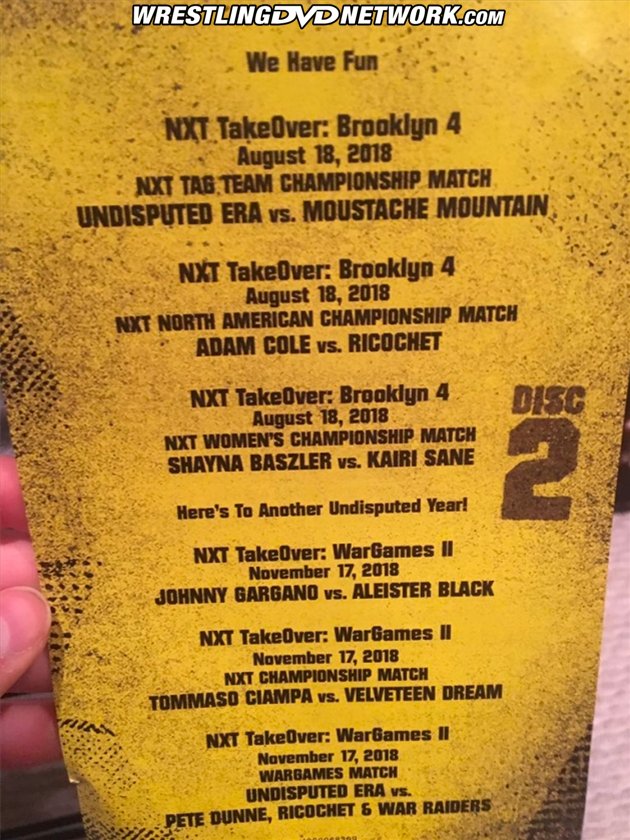 For a comparison, here are unboxing videos of both the US and UK versions of the newly-released WWE DVD:

– United States: RIGHT NOW! Get your copy of the NXT TakeOver DVD here on Amazon.com. 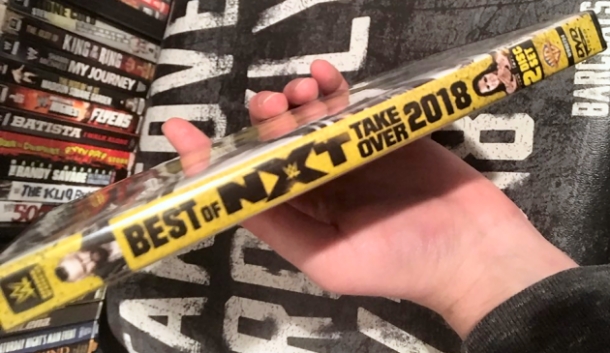