EXCLUSIVE: Pre-Release Photos of WWE ‘Best of RAW & SmackDown 2015’ DVD – Out Next Week! 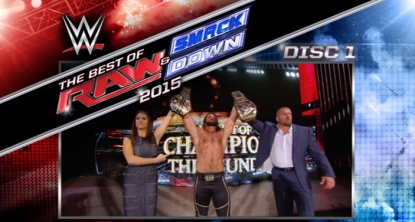 “The Best of RAW & SmackDown 2015” is the next WWE DVD you can look forward to adding to your collection; it’s out next week in both the United States and the United Kingdom.

Click here to pre-order “The Best of RAW & SmackDown 2015” with Amazon.com.

But don’t wait a whole week to get a glimpse of it – WrestlingDVDNetwork.com is back with more of our exclusive pre-release photos! Here’s a first look at the US version… 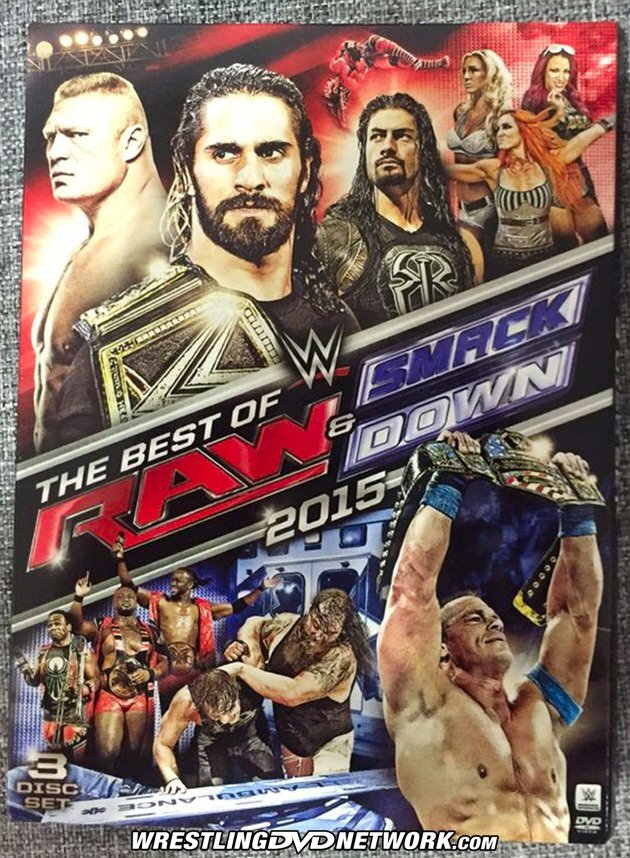 “The Best of RAW & SmackDown 2015”, the second 3 disc DVD set to be released by the company in the new year, will pack in nearly 30 matches and moments picked out from January to the end of November, with a handful of those matches featuring new alternate commentary.

Special thanks to WDN readers Hasan Mulla and “JayJayRock206” for the early look. 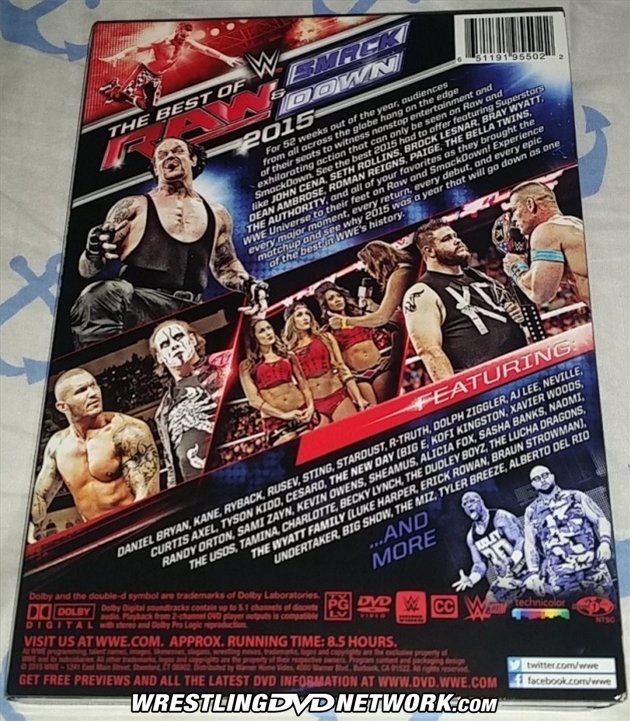 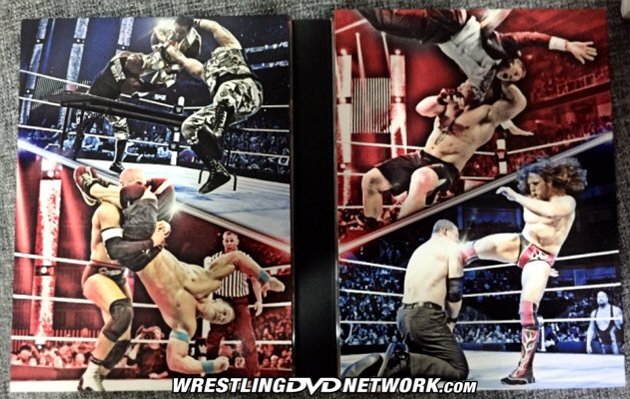 For 52 weeks out of the year, audiences from all across the globe hang on the edge of their seats to witness nonstop entertainment and exhilarating action that can only be seen on RAW and SmackDown.

See the best 2015 had to offer featuring Superstars like John Cena, Seth Rollins, Brock Lesnar, Bray Wyatt, Dean Ambrose, Roman Reigns, Paige, The Bella Twins, The Authority and all your favorites as they brought the WWE Universe to their feet on RAW and SmackDown!

Experience every major moment, every return, every debut and every epic matchup and see why 2015 was a year that will go down as one of the best in WWE’s history. 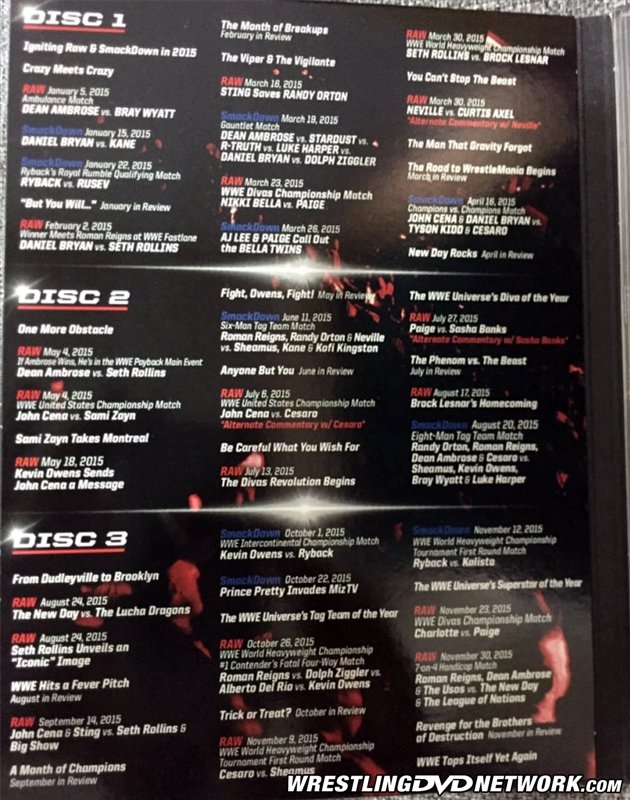 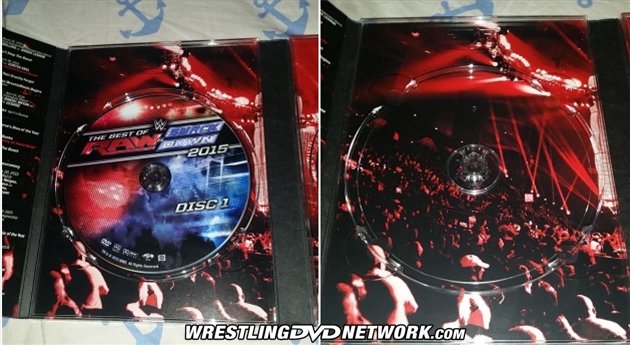 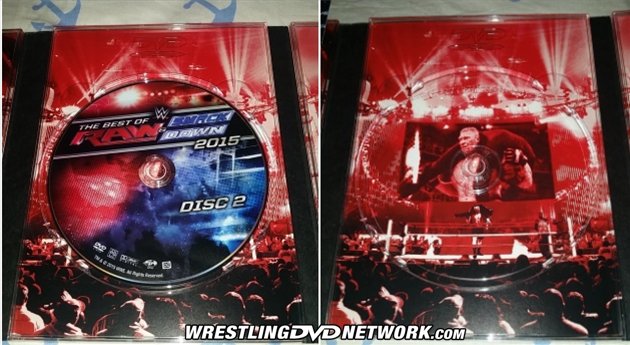 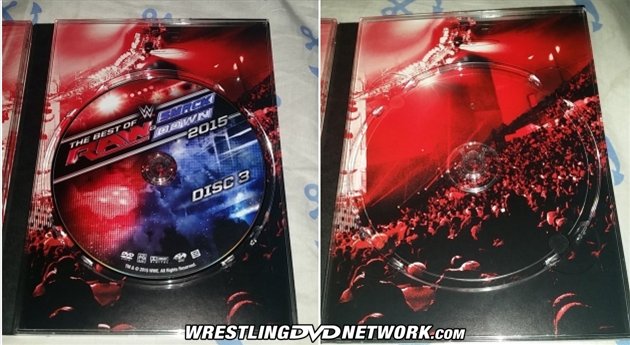 – UK/Europe: Next Monday! Pre-order your copy now here on Amazon.co.uk.

– USA: Next Tuesday! Pre-order your copy now here on Amazon.com. 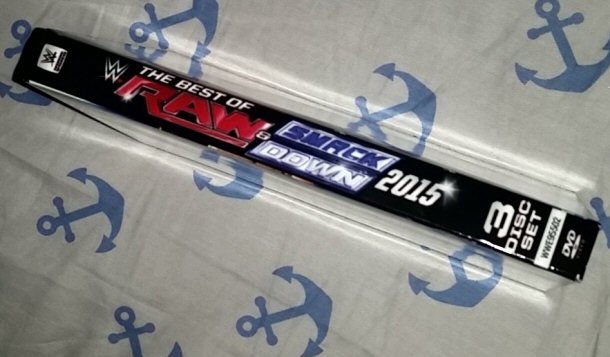