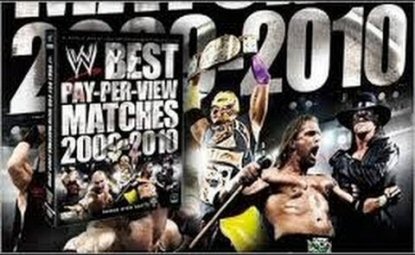 The WWE Best Pay-Per-View Matches 2009-2010 Blu Ray has been released in the United States (currently a Best Buy exclusive) and Canada.

The title is a 2 Disc Set featuring four additional bonus matches exclusive to the Blu Ray version. Michael Cole & Matt Striker introduce some of the matches and there are also special features of superstars discussing the matches they were involved in.