After a slight delay which saw this title delayed one week, a new year of WWE DVD/Blu-ray releases is about to kick off with “Best Pay-Per-View Matches 2017”.

WWE’s annual PPV retrospective DVD will be available to the United Kingdom this Monday (£21.99; Amazon.co.uk) and to the United States a day later on Tuesday (still to-be-listed on Amazon.com).

Before this brand new 3-disc collection hits stores in any region, WrestlingDVDNetwork.com is back once again to give you an exclusive first look… 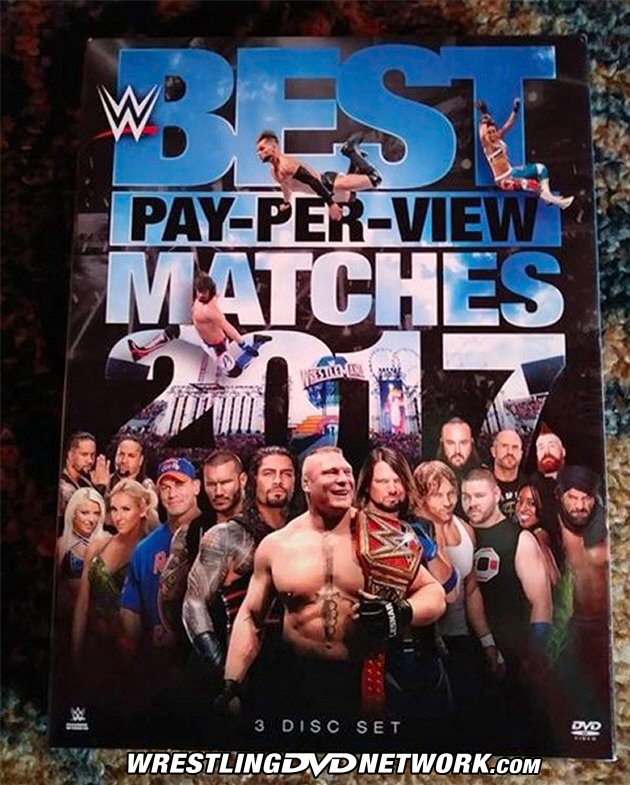 Hosted by Renee Young in newly-filmed segments, the first WWE DVD release of 2018 will feature almost 20 matches – SmackDown’s Elimination Chamber Match, Women’s Money in the Bank Ladder Match and Hell in a Cell Match between Kevin Owens and Shane McMahon, Brock Lesnar and Goldberg’s showdown on the grandest stage, and the first-ever meeting between AJ Styles and Finn Bálor to name but a few! All combined that equates to a 9-hour filled-to-capacity runtime.

The US release will be housed in familiar Digipak-style packaging. Thanks goes out to WDN reader Juan Munoz whose pics reveal artwork planned for this set that we haven’t yet seen, featuring the likes of Alexa Bliss, The Miz, Carmella, Sheamus, Seth Rollins, and Braun Strowman. 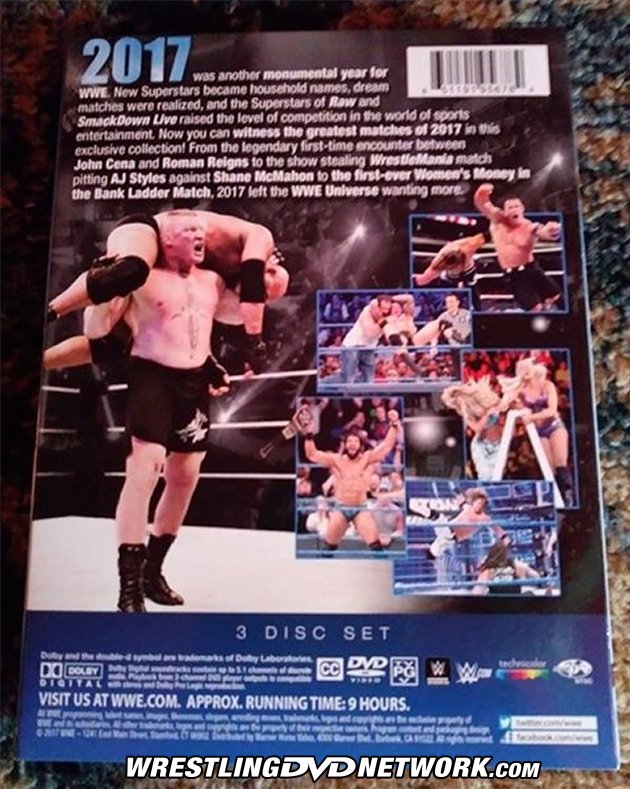 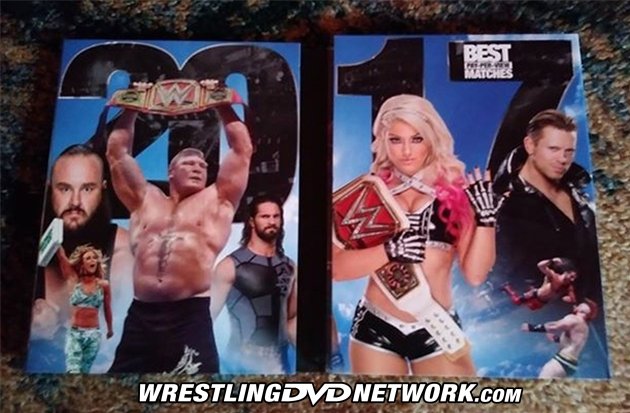 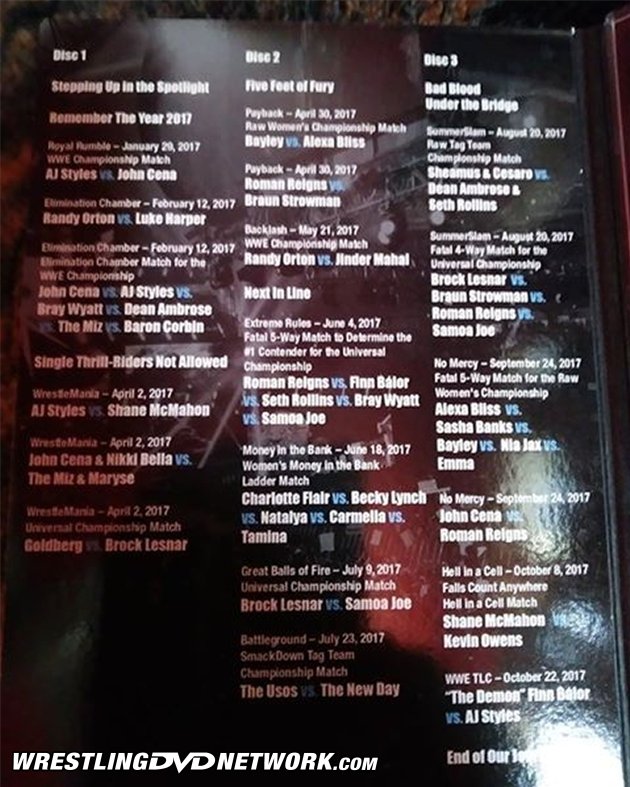 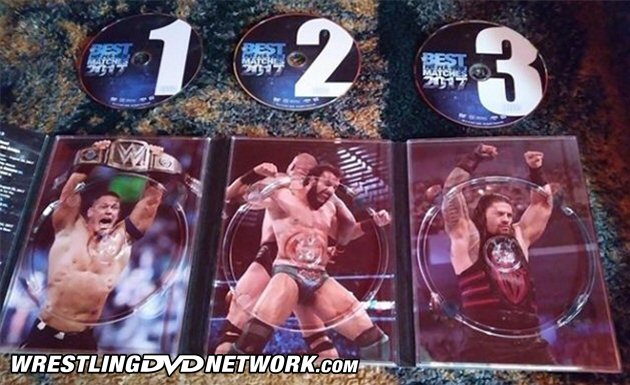 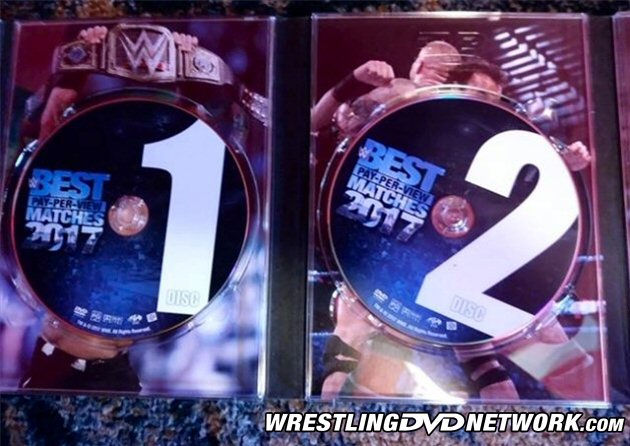 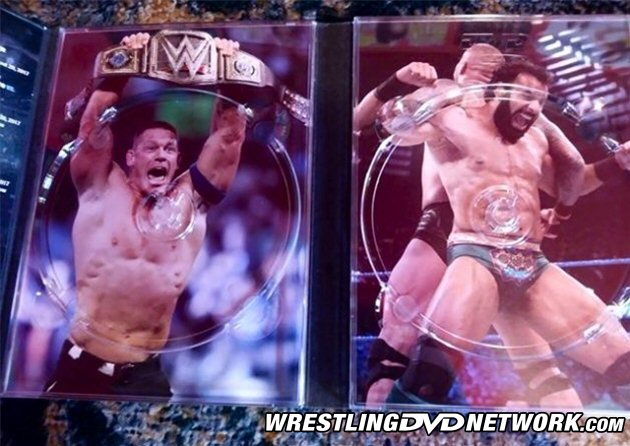 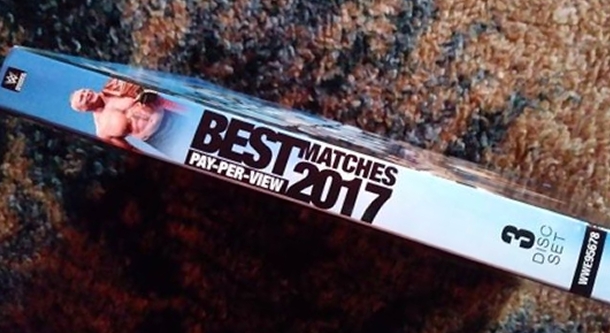