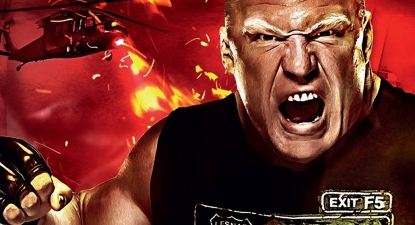 The Next Big WWE DVD will be added to your collection tomorrow as WWE officially releases “Brock Lesnar – Eat. Sleep. Conquer. Repeat.” to Suplex City and the United States!

Expect to see this one available as a DVD, a Blu-ray, and a Best Buy exclusive Steelbook Blu-ray. Fans in the UK will also be able to get their hands on each of these versions next week.

In an update on the status of the “Collector’s Edition”, the box set does now look to be going ahead, at least according to this returning listing on Amazon.com.

If you’ve been following along you’ll have seen Amazon’s pages go up and down like they were taking a series of German suplexes, but it appears the Brock box set will see the light of day. 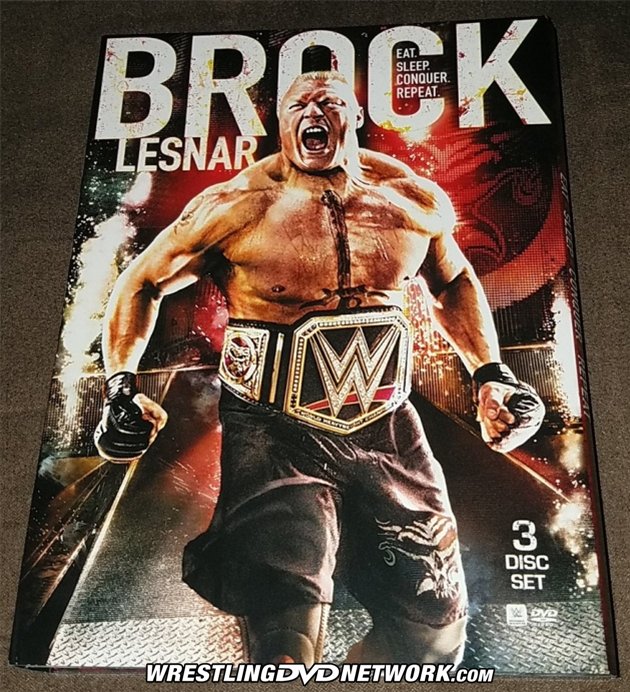 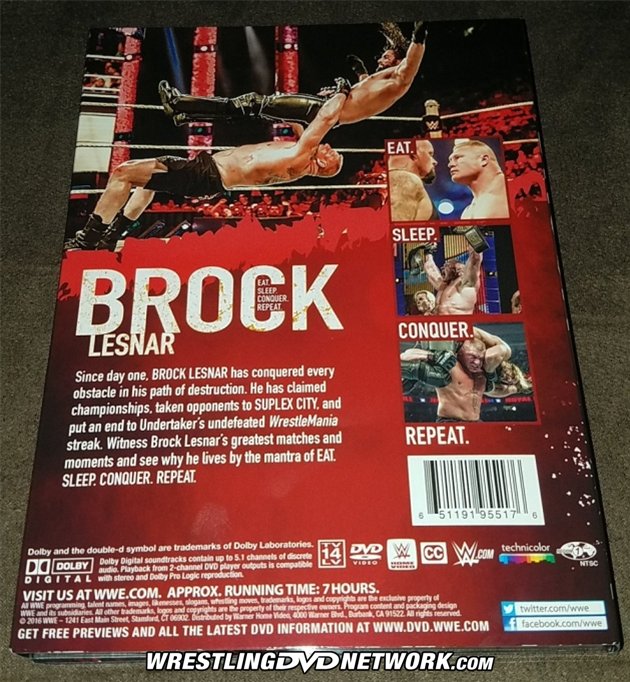 WrestlingDVDNetwork.com can now show off photos of the DVD before it hits stores! A special thanks goes out to reader “JayJayRock206” for contributing to this post.

The “Brock Lesnar – Eat. Sleep. Conquer. Repeat.” DVD compilation will pack in 14 monstrous matches since Lesnar’s return to WWE back in 2012, coupled with a few classics from his original run with the company, and a scarcely-seen bout from his OVW tenure before that.

Go Blu-ray tomorrow and you’ll get an extra 5 matches on top, taking the complete runtime to over 8 hours and 30 minutes! Both DVD and Blu-ray versions will also feature some new video packages and interview segments with “The Beast” between the selected content. 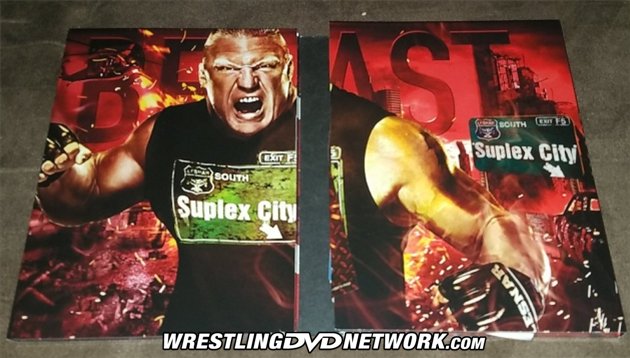 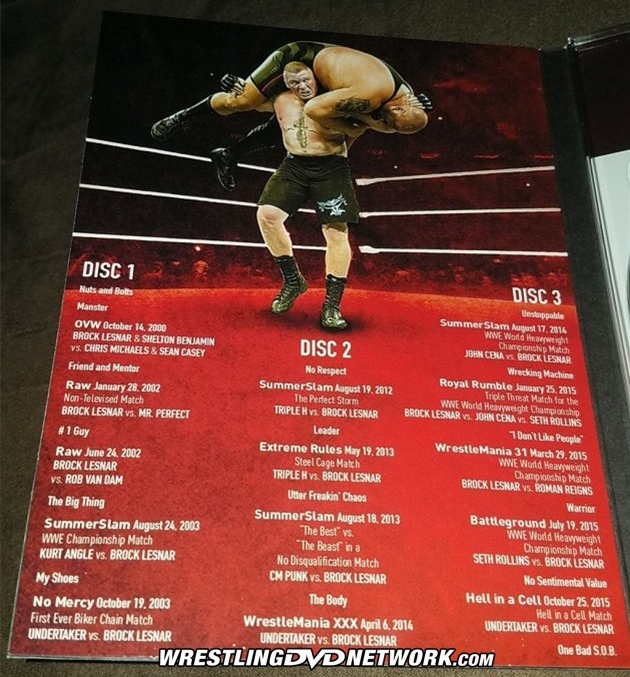 Since day one, Brock Lesnar has conquered every obstacle in his path of destruction. He has claimed championships, taken opponents to Suplex City, and put an end to Undertaker’s undefeated WrestleMania streak.

Witness Brock Lesnar’s greatest matches and moments and see why he lives by the mantra of EAT. SLEEP. CONQUER. REPEAT. 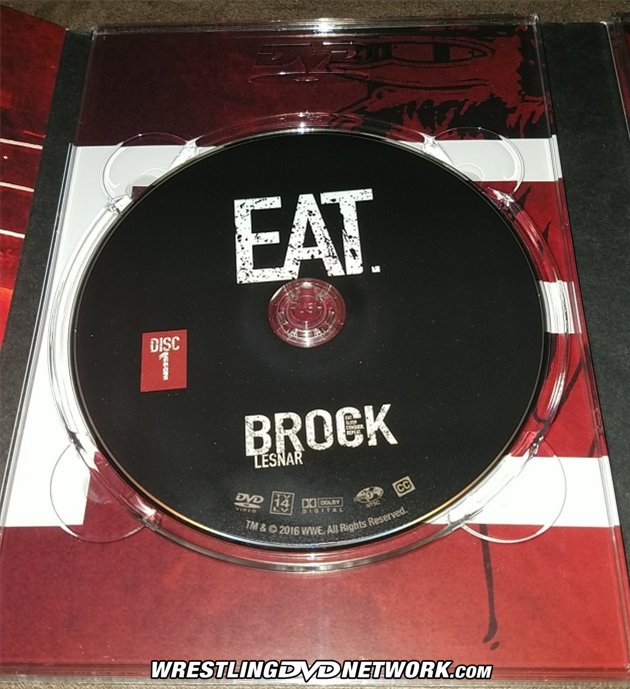 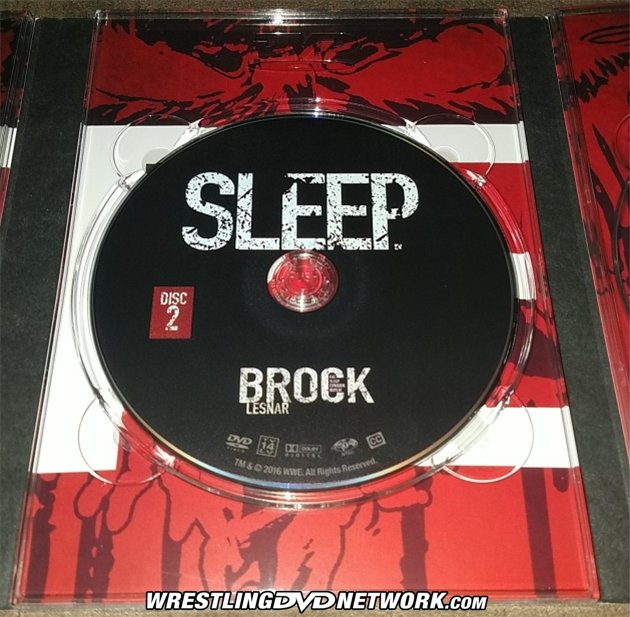 The Blu-ray edition will also include just over 1 hour and 30 minutes of additional content. 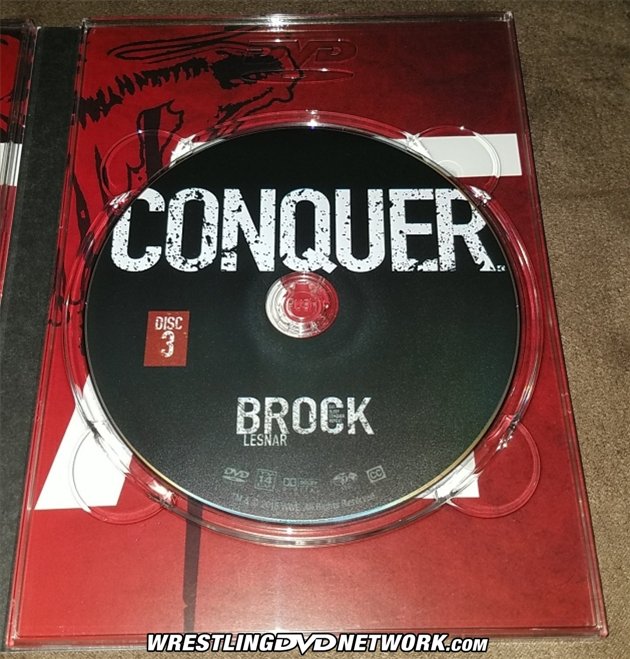 – UK/Europe: Next week! Grab the new BROCK DVD or Blu-ray here on Amazon.co.uk. 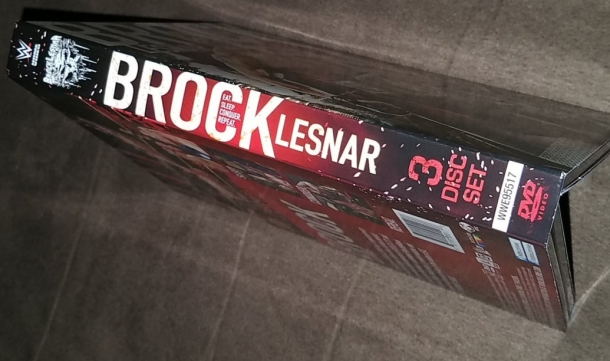