One of the next WWE DVDs on the way is Undertaker and Kane “Brothers of Destruction – Greatest Matches”.

It’s to be released to the UK/Europe and Australia next month, then following on to North America in October. The Blu-ray edition is confirmed to be a UK exclusive.

Today, WrestlingDVDNews.com can show off some exclusive first look photos!

Pictured here are the UK versions. As reported, the “Brothers of Destruction” DVD will release first to the UK and Europe on Monday, September 1st. Get yours here at WWEDVD.co.uk, where it’s priced at £12.99 on DVD format, or £13.99 on Blu-ray format. 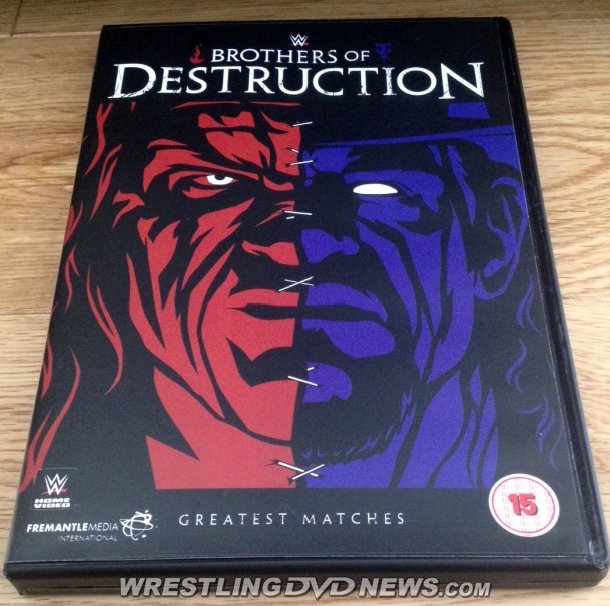 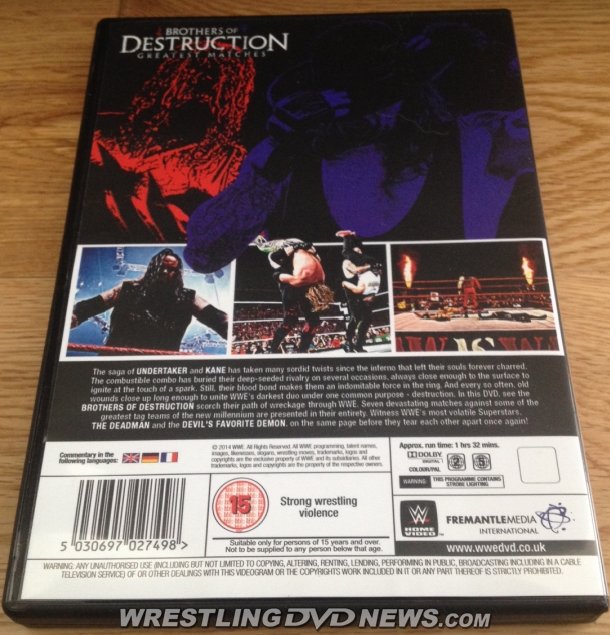 The saga of Undertaker and Kane has taken many sordid twists since the inferno that left their souls forever charred. The combustible combo has buried their deep-seeded rivalry on several occasions, always close enough to the surface to ignite at the touch of a spark. Still, their blood bond makes them an indomitable force in the ring. And every so often, old wounds close up long enough to unite WWE’s darkest duo under one common purpose – destruction.

In this DVD, see the Brothers of Destruction scorch their path of wreckage through WWE. Seven devastating matches against some of the greatest tag teams of the new millennium are presented in their entirety. Witness WWE’s most volatile Superstars, The Deadman and the Devil’s Favourite Demon, on the same page before they tear each other apart once again! 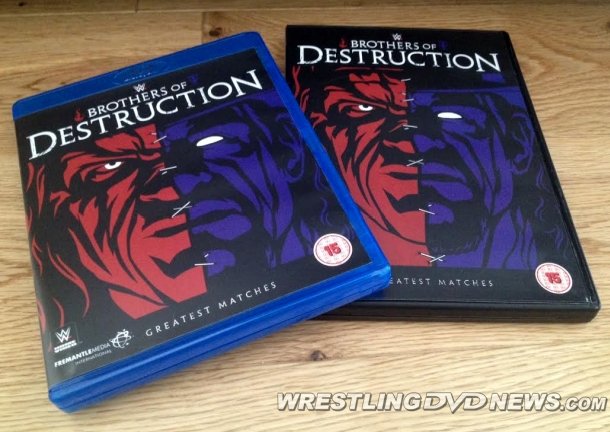 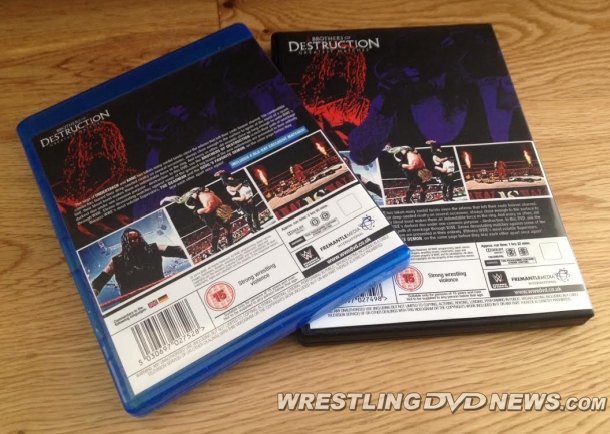 The total runtime of the DVD is approximately 1 hour and 32 minutes.

The total runtime of the Blu-ray (with extras) is 2 hours and 55 minutes. 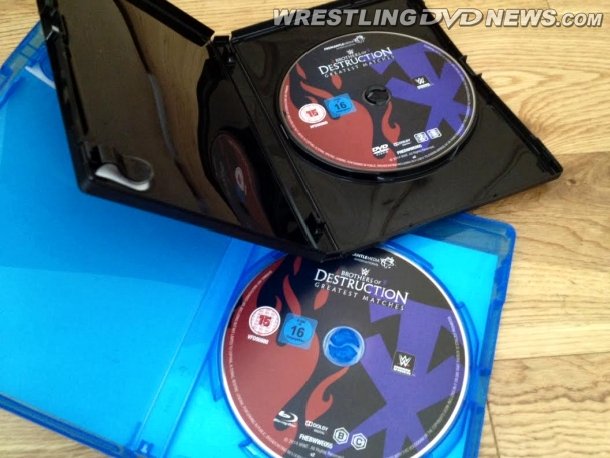 Pre-order the WWE “Brothers of Destruction” DVD or Blu-ray… 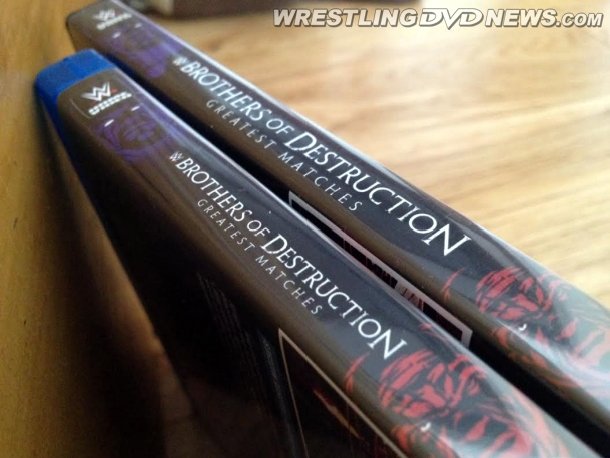