Thanks to everyone who entered our giveaway to win WWE’s exclusive “Fear the Fury” fight gloves, found in the “Brock Lesnar: Eat. Sleep. Conquer. Repeat.” Collector’s DVD box set:

The winners of the giveaway can now be named!

Clash of Champions 2016 is the next WWE DVD on the horizon. It will be officially hitting stores across the United States a week tomorrow, one of 3 releases planned for November!

Be sure to pre-order your copy for the low price of only $9.22 by clicking here to Amazon.com.

Above, watch the Clash of Champions trailer and below, in another WrestlingDVDNetwork.com exclusive, get a look at pre-release photos of the DVD before it lands anywhere… 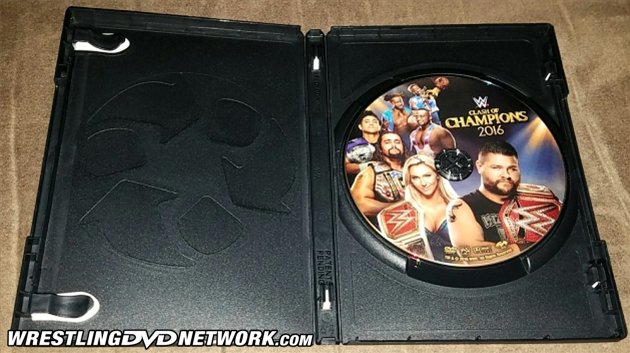 As you will recall, the RAW-branded PPV event was headlined by Seth Rollins vs. Kevin Owens for the WWE Universal Championship, Roman Reigns vs. Rusev for the United States Championship, Sasha Banks vs. Bayley vs. Charlotte in a Triple Threat for the RAW Women’s Championship, and it also featured the first defense of the returning Cruiserweight Championship.

Thanks goes out to WDN reader “JayJayRock206” for the early pics. 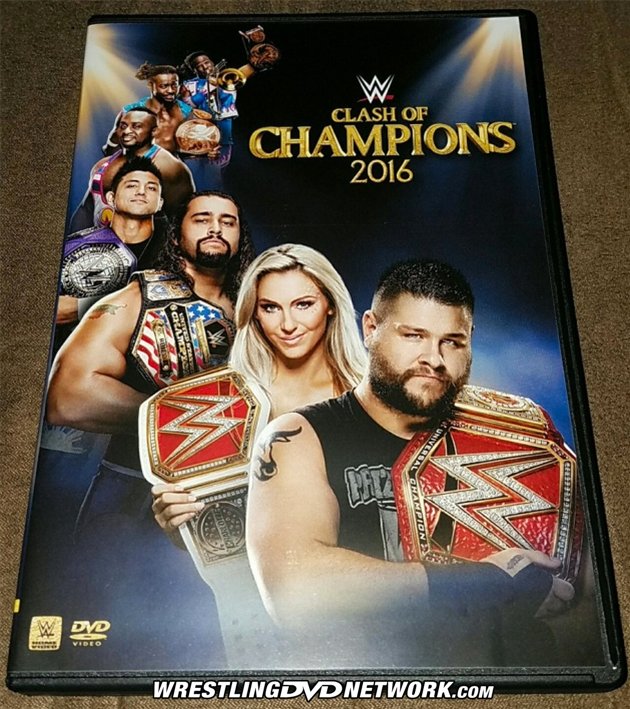 Ever since the WWE Universal Championship ended up in the hands of Kevin Owens, Seth Rollins has had only one goal in mind… derail “The Prizefighter’s” championship run and reclaim the richest prize in sports entertainment.

At Clash of Champions, “The Undisputed Future” hopes to stop The Kevin Owens Show dead in its tracks in the main event of RAW’s first pay-per-view of The New Era.

The WWE RAW Women’s Champion Charlotte defends her championship against two of her greatest opponents, Sasha Banks and Bayley, in a Triple Threat Match.

The rivalry between Roman Reigns and Rusev continues in a match for the United States Championship. The New Day hopes to continue their historic title reign, and TJ Perkins for the first time ever, defends the Cruiserweight Championship. The Superstars of RAW go for the gold on WWE’s most golden night of the year. 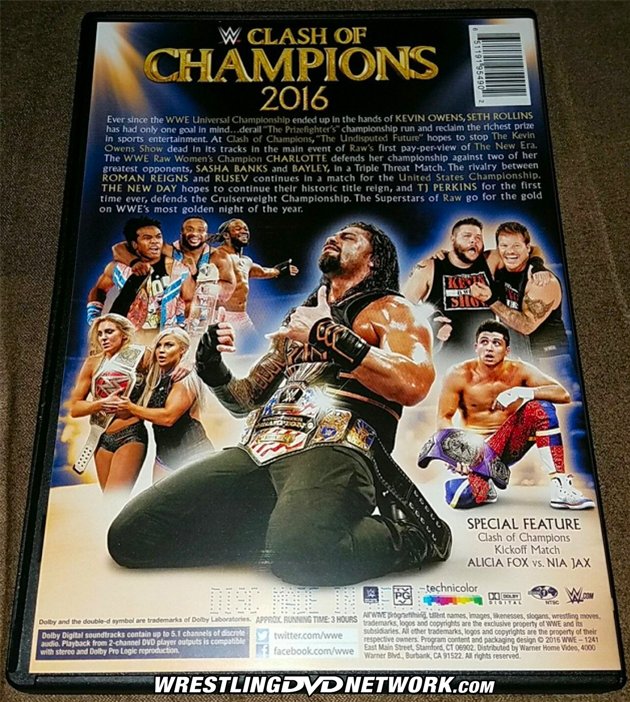 Next week’s Clash of Champions 2016 DVD will include the following extra:

For the first time we can also now confirm the extras planned for the UK exclusive Blu-ray: 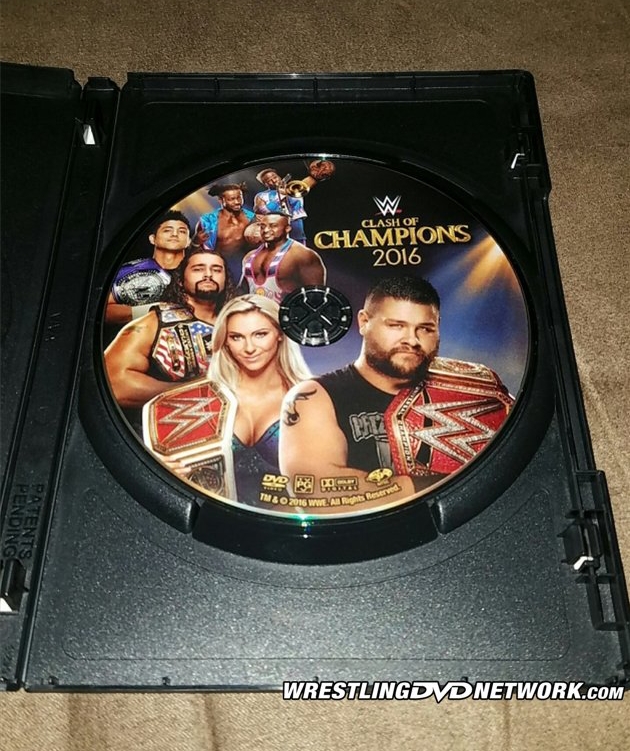 – Australia: Out December 7th. Pre-order your Clash of Champions DVD at Madman.com.au. 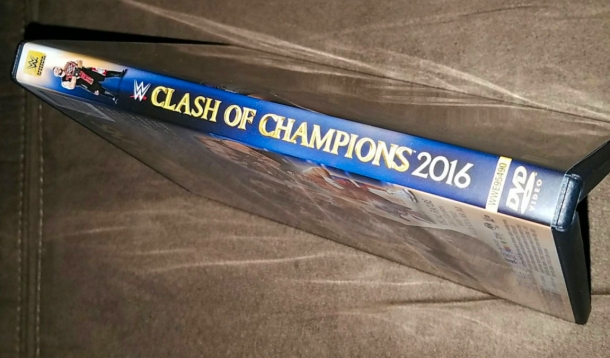