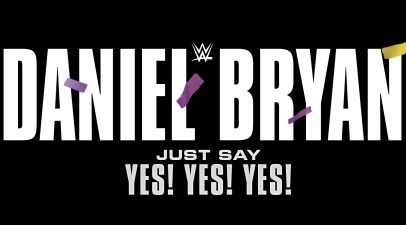 We reviewed it earlier today and now can give you an exclusive first look at the DVD version and all of its fancy artwork, ahead of the release to the United States tomorrow. 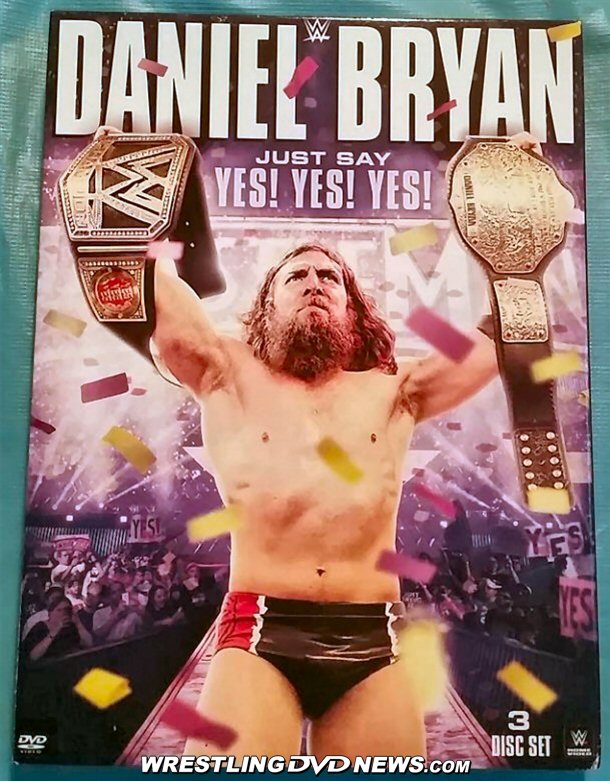 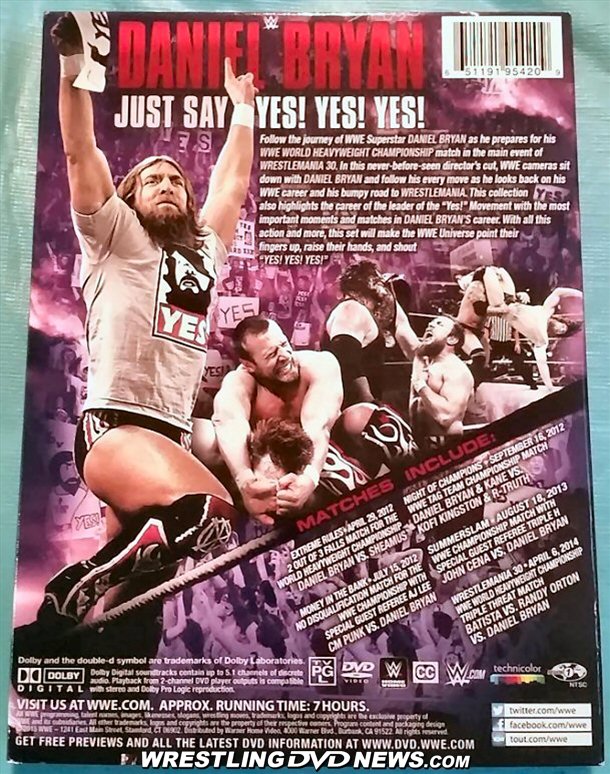 A heads up to fans across the pond in the UK and Europe, the new Daniel Bryan WWE DVD and Blu-ray set will be officially released 2 weeks today via WWEDVD.co.uk.

“Daniel Bryan: Just Say Yes! Yes! Yes” packs in over 7 hours of footage – an extended version of Bryan’s WWE Network documentary, newly filmed interviews with the man himself, and a compilation of extra matches and segments too. Opt for the Blu-ray edition and get another 1 hour and 20 minutes of material on top including 4 additional matches! 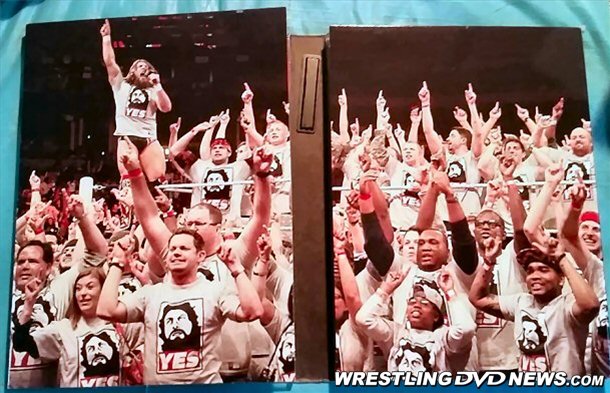 Follow the journey of WWE Superstar DANIEL BRYAN as he prepares for his WWE WORLD HEAVYWEIGHT CHAMPIONSHIP match in the main event of WRESTLEMANIA 30.

In this never-before-seen director’s cut, WWE cameras sit down with DANIEL BRYAN and follow his every move as he looks back on his WWE career and his bumpy road to WRESTLEMANIA.

This collection also highlights the journey of the leader of the “Yes!” Movement with the most important moments and matches in DANIEL BRYAN’s career. With all this action and more, this set will make the WWE Universe point their fingers up, raise their hands, and shout “YES! YES! YES!” 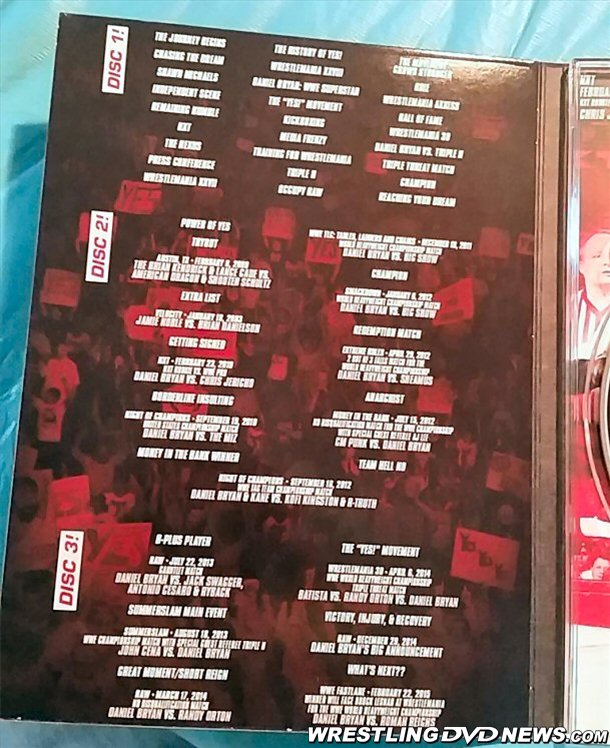 (1 hour and 20 minutes of extras will also feature on the Blu-ray). 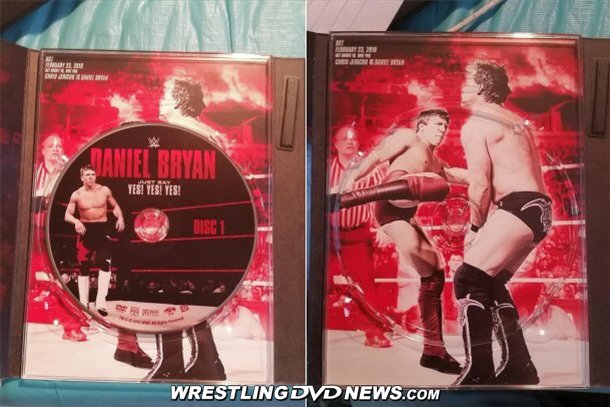 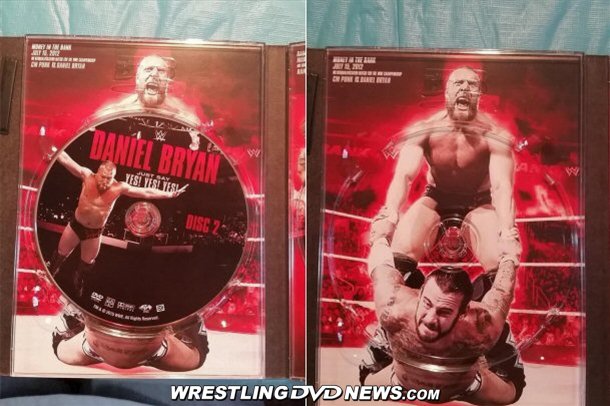 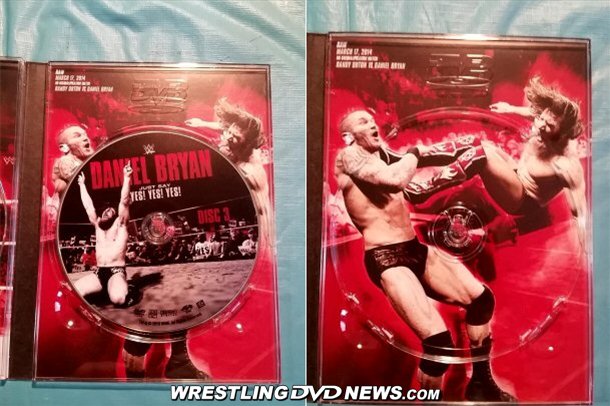 Get your copy of “Daniel Bryan: Just Say YES!” on DVD/Blu-ray… 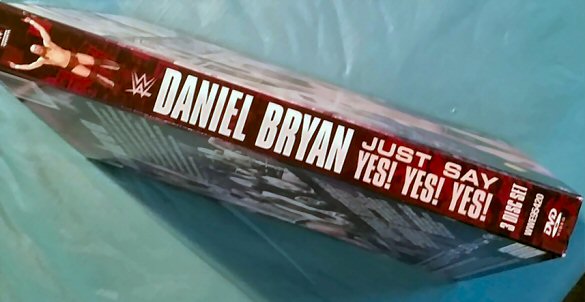 – USA: Tomorrow! Get yours from Amazon.com or WWEShop.com.