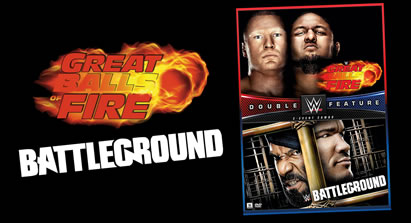 The latest of WWE’s “Double Feature” DVD titles is due to land in stores next week, this time featuring the exploits of team red at their Great Balls of Fire event and the blue team’s Battleground.

“Double Feature: Great Balls of Fire & Battleground 2017” will officially hit stores across the United States on Tuesday — but WrestlingDVDNetwork.com can give you a peek at it right now!

Get the two shows in one pack for only $13.79 by clicking here to Amazon.com. 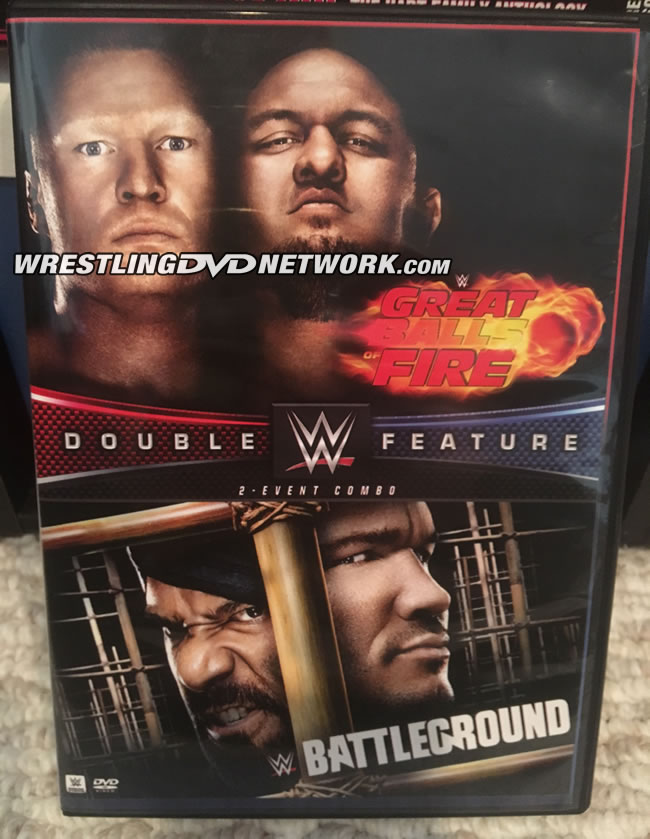 ”Raw’s most destructive forces collide for the first time even when “The Destroyer” SAMOA JOE faces “The Beast Incarnate” BROCK LESNAR for the Universal Championship. The on-going rivalry between BRAUN STROWMAN and ROMAN REIGNS continues in an Ambulance Match where only one WWE Superstar will walk out on their own and the other will be sent to the hospital. Raw Women’s Champion ALEXA BLISS tries to keep her reign alive as she does battle with number one contender SASHA BANKS. Plus, more! Goodness gracious… it’s GREAT BALLS OF FIRE!” 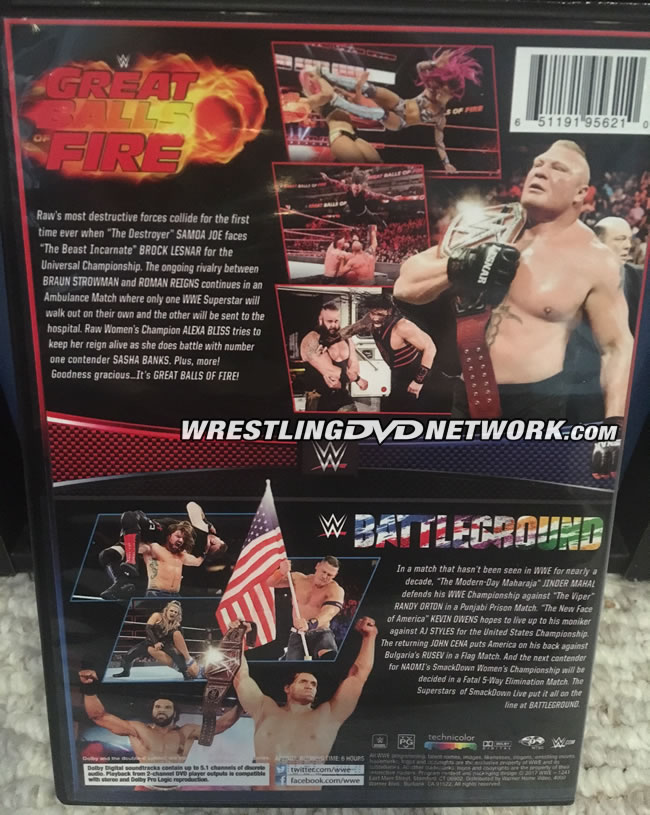 ”In a match that hasn’t been seen in WWE for nearly a decade, “The Modern-Day Maharaja” JINDER MAHAL defends his WWE Championship against “The Viper” RANDY ORTON in a Punjabi Prison Match. “The New Face of America” KEVIN OWENS hope to live up to his moniker against AJ STYLES for the United States Championship. The returning JOHN CENA pits America on his back against Bulgaria’s RUSEV in a Flag Match. And the next contender for NAOMI’s SmackDown Women’s Championship will be decided in a Fatal 5-Way Elimination Match. The Superstars of SmackDown Live put it all on the line at BATTLEGROUND.” 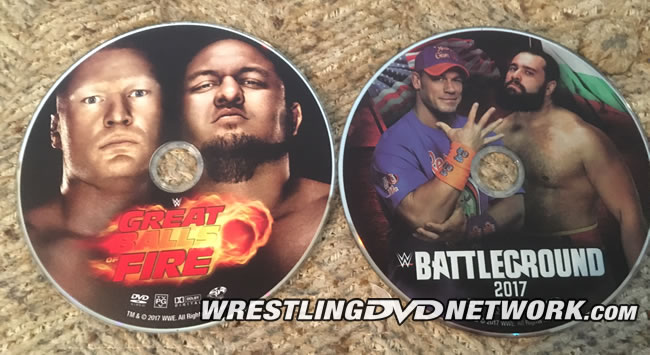 In regard to special features, sadly the set is lacking as neither show features its respective ‘Kickoff’ matches (Neville vs. Tozawa and Aiden English vs. Tye Dillinger). In addition, another notable edit is the removal of the Jerry Lee Lewis “Great Balls of Fire” song, replaced with an instrumental version. 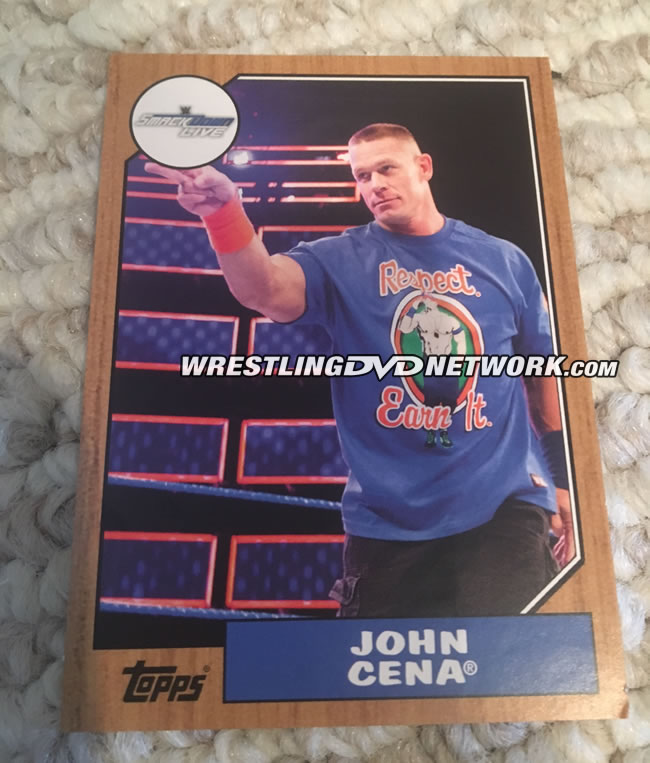 A special thanks goes out to WDN readers Matthew Tremble and Sunny G for their help.

– Australia: September 27th. Get the next “WWE Double Feature” DVD pack at Madman.com.au.